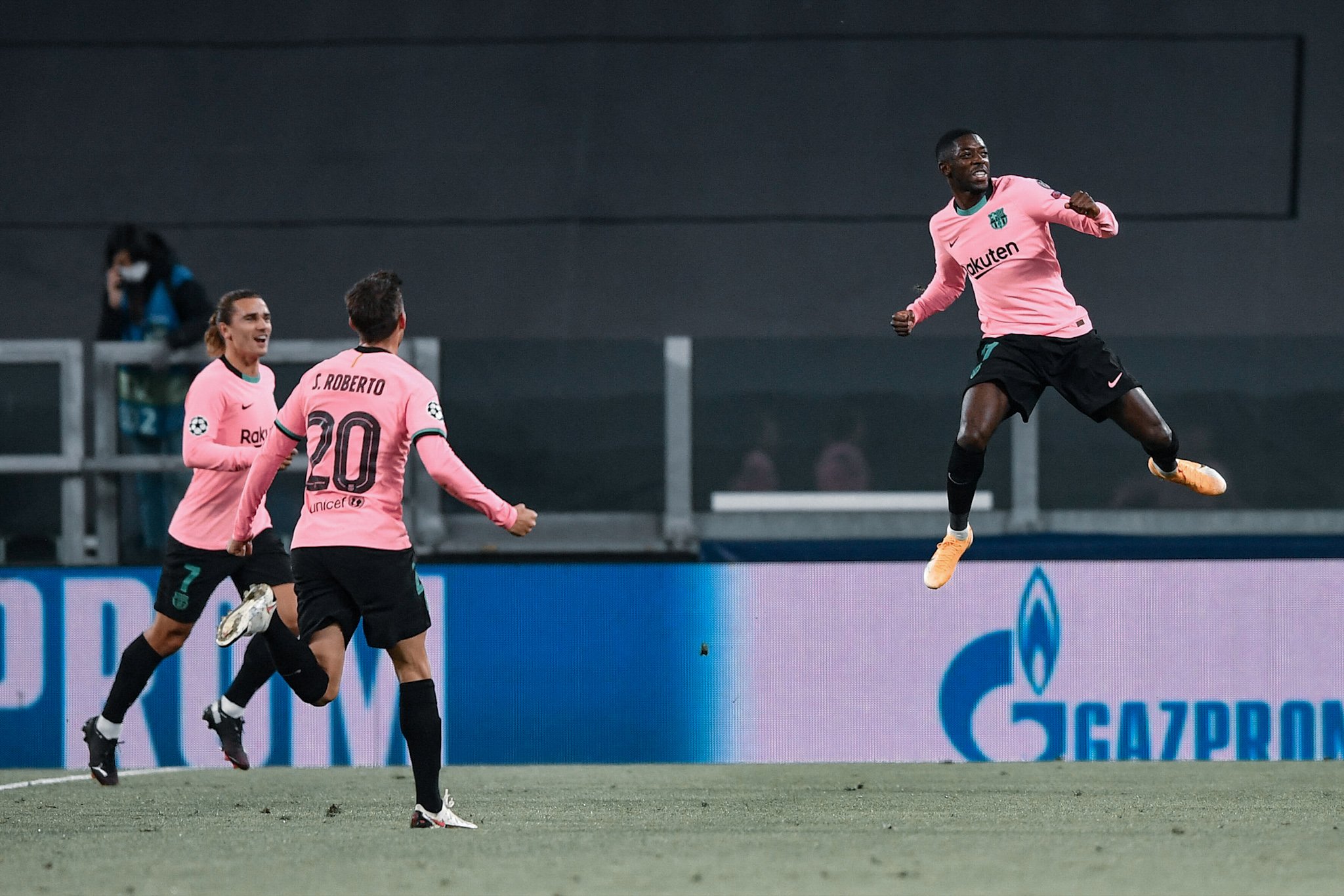 After a string of impressive performances under Ronald Koeman this season, it looks like Ousmane Dembele might be rewarded with a contract renewal. But does the Frenchman deserve one?

Football is a fun game. Eleven people run behind a ball, score goals, and, in the end, money wins. Nowadays, youngsters are poached away from their team for ludicrous amounts as currency prevails in its bid to control the sport.

Barcelona have been at the heart of most of these excessive transfers. Neymar, Philippe Coutinho, Antoine Griezmann, and Ousmane Dembele have either departed or joined Camp Nou for a ludicrous amount of money. Of the four, Dembele is probably the most talked-about, as he heads into his fourth season as a Barcelona player, despite managing to make just 56 appearances in the league.

Yet, when he joined Camp Nou, he was touted to replace Neymar. Barring finishing, they were already quite similar anyway – skills, changes of pace, two-footedness; Dembele had the lot.

However, football never pans out the way everyone would want to, and the footballing gods sacrifice some players along the way. The French winger was one of those interesting yet unlucky players. Plagued by injuries, the 23-year-old has had to redefine himself for the past four seasons.

He first came as an exciting youngster, but his lengthy injury in his first start for the club would be an early dagger in a dark spell. Then, in his second season, the winger had a few purple patches. He won many points for his club en-route a La Liga title but got injured in the crucial moments as his side would suffer another Remontada. Finally, in his latest season – 2019/20, he made no more than nine appearances.

It is fair to acknowledge that the youngster’s career at Barça has not been successful. Other than a few decent performances, where his talent and potential were crystal-clear, he has not been as consistent as the player he had to replace.

It is difficult to look for positives in Dembele’s four years at Barcelona. (Photo by LLUIS GENE / AFP)

After three years in Catalonia, and many rumours linking him with other clubs, Dembélé might now finally get to experience a full season. After three years of hell, there might be a light at the end of the tunnel.

The Frenchman has not yet experienced any setbacks this campaign. After being heavily linked to Manchester United in the summer, Dembele won his place back in the squad as soon as the window slammed shut, and has cemented his spot now that Josep Bartomeu has left. While dethroning Antoine Griezmann on the right side, Dembélé has silenced some of the critics that were on his back.

After scoring and assisting against Ferencvaros in a European cameo, Dembélé started on the bench in El Clasico but has not experienced the bench since then. He has repaid back his coach’s confidence in him by scoring goals against Juventus — albeit deflected — and Real Betis.

As it stands, according to reports, Dembele would like to start negotiations for a contract renewal. After his start of the season, it would be a great display of faith towards their player from Barça. After accompanying the World Cup winner through hell, the Catalan side would like to experience the lightness of the clouds of heaven.

? — Dembélé won’t leave in January. Barcelona are prioritizing the renewal of his contract which expires in 2022. The player is open to negotiating. [md] pic.twitter.com/BRWJfFn92w

However, this news has spurred one question in the Culés‘ minds: Does Dembele deserve said contract renewal?

Dembele has not disappointed on the pitch as much as he has off the pitch. 22 goals in 82 games for his club seems acceptable, especially given his injury record and age. While these are not Neymar-level stats, Dembele has yielded adequate results when available. However, 82 games in four seasons is far from a reliable number.

Dembélé has gone down injured many times. Even when he felt at his best, for example, the Leganés game where he was Man of the Match in 2019, he was taken off because of an injury. While he indeed has avoided hindrances this year, the Catalans should not forget that he missed a year worth of football with two consecutive injuries from 2019 to 2020.

The question is to know if he can, and will avoid injuries for a sustainable period. His start to the season has been nothing short of excellent, but can he keep it going? Maybe it would be advisable to wait until the end of the season.

The only logical reason for such a quick renewal would his market value. After joining for more than €100 million, Dembele has lost over half of his value. A contract renewal accompanied by his recent run of form would help his value sky-rocket, helping Barcelona to offload him at an inflated price, if that is, in fact, is the intention.

Is it finally Dembele’s time to shine? (Photo by Marco BERTORELLO / AFP)

If the winger has a great season and seals a contract renewal, an injury in the next month to year will not hit his value as drastically. It means the club would get more money, and it is then an acceptable reason to get him to sign a contract. Handing a new contract would also help give Dembele more serenity and stability.

Getting rewarded for his form would be a way to tell the 23-year-old how much the club has faith in him. After Koeman has come out on multiple occasions to praise the Frenchman, the atmosphere is extremely healthy for him. The confidence might finally make him realise his potential.

Until then, Barcelona should not rush and wait for more circumstances. Dembele is an exciting player. He deserves the acclaim he is getting today, but he should not get too ahead of himself, that can only reek of trouble. As far as the contract renewal is concerned, it looks like Dembele will be signing the papers sooner than later.