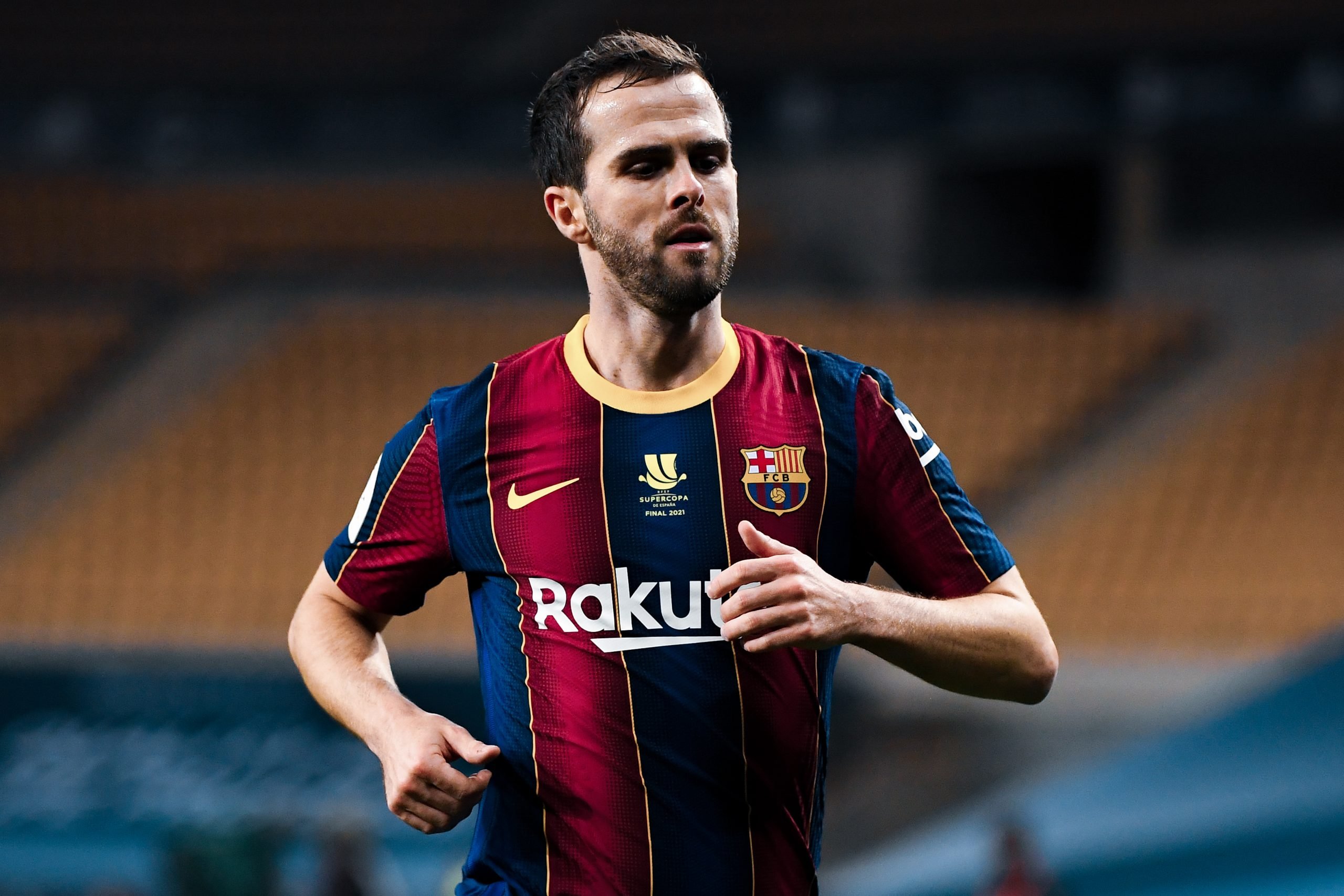 The beginning of Miralem Pjanic’s Barcelona career was quite rocky, to say the least. Being a part of a still questionable deal that meant the highly-valued Arthur Melo would go to Juventus while a 30-year-old Bosnian international arrived at the Camp Nou suggested he’d be in for a wobbly start.

Swapping a declining star for a youngster with a bright future was never really the Barcelona way, so this particular transfer left a sour taste in many fans’ mouths. Be that as it may, however, there was not one speck of doubt on Pjanic’s quality.

He may be 30 and perhaps his best footballing days may be behind him, but he is still an elite player and a highly experienced one at that. But even for a player of his level and reputation, Pjanic has found game time hard to come by over in Catalonia.

Since his arrival last summer, the midfielder has played in a total of 22 games for Barcelona, registering only 1106 minutes across those matches. Needless to say, this is not exactly the role he had been hoping for prior to his arrival.

When we delve into the numbers a bit more, we can see that so far, he has largely been only a rotational and squad player, deputising for other players’ absences and playing only when Ronald Koeman did not have another choice.

Out of the 22 games he has played, he was in the starting XI only 11 times, coming off the bench the other 11 times. Additionally, he has been an unused substitute in seven games. For a player of his calibre, this was surprising, to say the least.

But it also begs the question or rather, questions: Why is he not playing more? And also, does he deserve a bigger chance in this team? Those are all queries Koeman himself will have to answer eventually, but the competition is quite tight at Barcelona.

Whether he was brought in purely as a rotational player or was initially supposed to have a bigger role, we also do not know. However, looking at the squad, it’s also not that surprising to see him drop down the pecking order.

Pjanic is elite that much we know, but he is also competing with the likes of Sergio Busquets, Frenkie de Jong, and Pedri, all of whom are enjoying their spells under Koeman and are still highly important for the system as a whole.

This particular trident is also the one the Dutchman usually defaults to, meaning that to get into the starting XI, Pjanic would have to displace one of them first. When it comes to both Pedri and de Jong, we can confidently say that won’t happen unless a drastic drop in performance occurs in either of their cases.

Busquets has also been in and out of the team, and at 32, is at his last juncture, but at his best, he still seems to have Koeman’s trust, making it that much harder for the Bosnian to squeeze in. Pjanic’s natural role is that of a deep-lying playmaker, but he is capable of playing higher up if necessary.

However, that may be the source of the problem as well. Higher up the pitch, and especially in the final third, Pedri, de Jong and even Riqui Puig are far more effective. They are all more mobile than Pjanic, who at 30, might prefer a deeper role, suggesting that if he is to play, he’ll likely have to battle it out with Busquets.

The game against Athletic Club was a good example. Busi was suspended, so Koeman gave Pjanic a shot next to de Jong and Pedri. Even though the Bosnian was the pivot alongside de Jong, it was the former Ajax talent who dropped deeper between the centre-backs and also advanced higher up the pitch when necessary.

This meant Pjanic was mostly accommodating for the Dutchman’s movement, which is also something he did well. The duo coordinated well, and each of them knew what they were supposed to do in regards to the other’s actions. This is a sign of a good partnership and something that may be worth exploring further.

However, when everyone is fit and firing, and this means Busquets playing at his absolute best, it’s still difficult to see Pjanic displace him in the starting XI. At the moment, with Barcelona’s midfield in the form that they are, there just might not be a place in the gala roster for the Bosnian.

This is not necessarily a critique nor does it mean he’s got nothing to offer, but Koeman has finally found a system that seems to be working. For that reason, likely, he won’t experiment too much with it unless an opportunity arises to do so harmlessly.

That, unfortunately, could mean more Cup games and only opportunities in games that are already done and dusted, which is far from ideal. However, that also doesn’t mean he should just stop trying altogether.

Considering Busquets himself has been struggling for consistency, it’s possible Pjanic could still get a chance ahead of him should that prove to be a problem further into the season.

Besides, the 2020/21 campaign is once again looking like it could be a long one. And with Barcelona fighting on all fronts, the time will come for the Bosnian maestro to shine. When it does, he better be ready or else the ship might sail altogether.