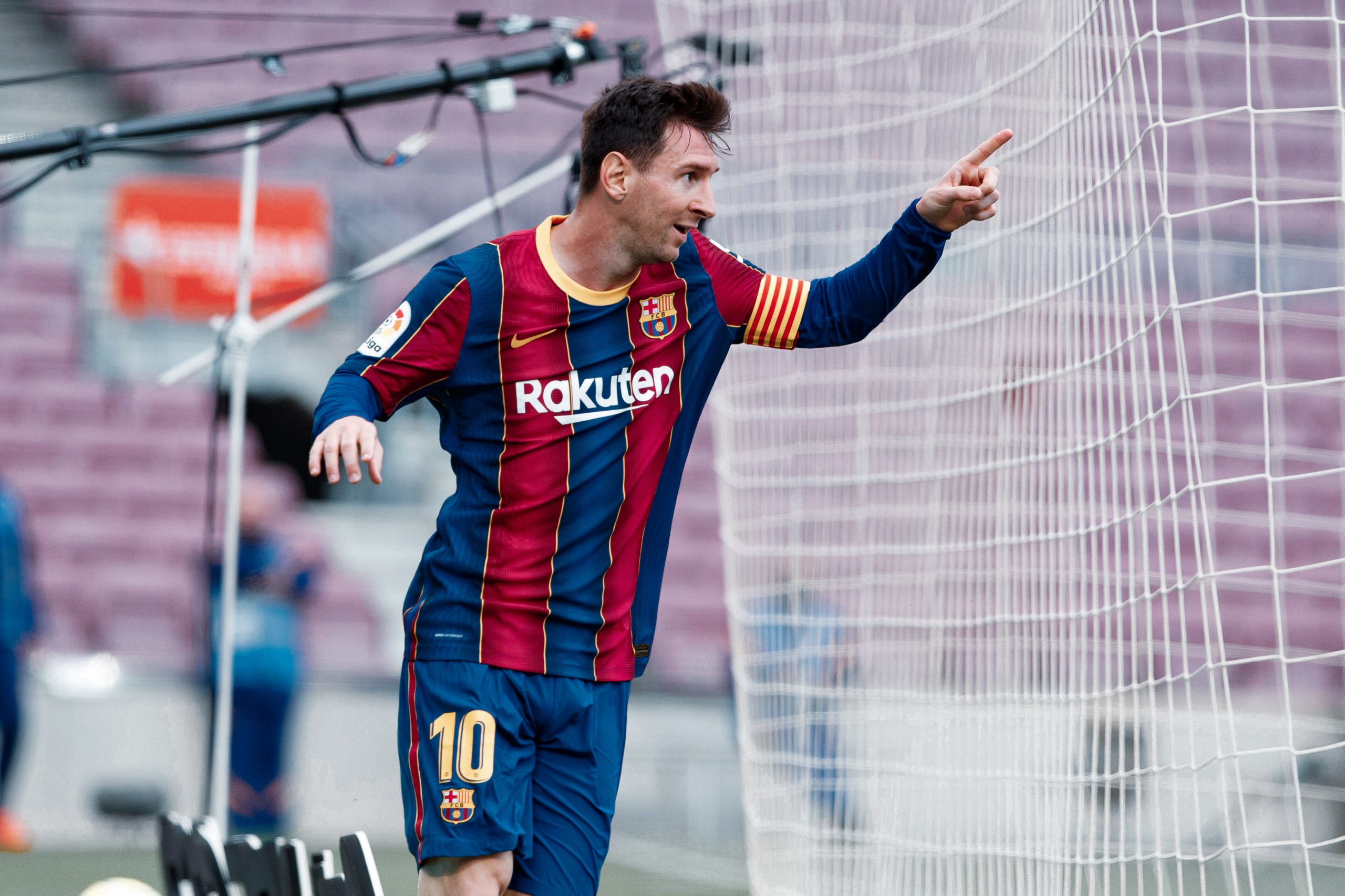 2020/21 has not been a season for those faint of heart. With a proper rollercoaster of a campaign, the Barcelona faithful are more than likely to be happy we’re heading into the final matchday of the league season this weekend. But as long and difficult as this journey has been, we’re yet to have one last dance and, sadly, potentially the most heart-breaking of moments yet to go through.

Lionel Messi’s future is still to be decided, and while there are arguments for both sides of the story, the truth is that everyone, including the little man himself — is still (likely) in the dark about it. The fact that Leo has been omitted from the squad list for the final game of the season against Eibar doesn’t really make the situation any better. But at the same time, it doesn’t exactly make it worse.

As the first captain of the Azulgranas, it’s unlikely the Argentine would just skip his final-ever chance to defend the Garnet and Blue colours, even if it were in as meaningless of a game as this one is. Barcelona are officially and mathematically out of the title race as Ronald Koeman’s troops toyed with fate one too many times, dropping points in four out of the last five games.

And now, even with the Copa del Rey trophy already secured, there’s a feeling of dread around the Catalan camp. If this is really the end of the road for Leo, what kind of a farewell will he get? Of course, none of us really expected to end the season in glory so all things considered, we should still be (somewhat) satisfied that the team has put a fight of sorts.

But see, that’s the thing right there. Just five games before the end of the campaign, Barcelona were in the pole position to take the throne back from Real Madrid and out of the clutches of Atlético Madrid. But the performances that we’ve seen in those final matches did not resemble the team giving it their all to cover themselves in glory and fans in pride.

Despite some individuals’ efforts, Messi being amongst them, Barcelona ultimately failed when it mattered the most, something that’s been a trend of sorts in the years gone by.

So now, despite the aforementioned Copa title in wraps, the Catalans will inevitably end the season on a low. And even if we win the last game against Eibar, it will be without Messi in the lineup. And his (potentially) last game at the Camp Nou? The unexpected defeat at the hands of Celta Vigo. Not much of a last dance for the greatest player who has ever lived, right?

Sadly, there are no more games to turn this around, so how do Barcelona prevent this from being Messi’s sad farewell? There is not much left to be done besides actually convincing Leo to stay at the Camp Nou. At this point, this is the only way to avoid letting their ultimate talisman go into the sunset without a proper goodbye.

Andrés Iniesta left the club with a League and Copa double while Xavi Hernández ended his glorious Barcelona adventure with the 2014/15 treble-winning season. Both, however, have had farewells that would in so many ways trump Messi’s 2020/21, despite the Argentine’s individual brilliance throughout. In that way, albeit not to such an extent, Luis Suárez’s departure could very well be more akin to Leo’s potential one this coming summer.

Of course, the Uruguayan was shamelessly thrown into the jaws of Barcelona’s direct title rivals, which poetically launched the Rojiblancos towards the title, and nothing similar should happen to Messi if he indeed decides to pull the trigger. But will a grand memorial and the most heartwrenching of farewells be enough to mask the utter disappointment the end of 2020/21 has ended up being?

No one expected Barcelona to be the best La Liga team heading into the season and the term ‘transitional year’ has been thrown around way too much as it is. However, with Leo still in the team, Barcelona were always going to be competitive at the very least. Messi is simply that good that the whole team often rallies and over the course of 38 games, he will undoubtedly stack the odds in your favour.

As seen from examples aplenty, he can’t guarantee the three points at all times, but it is safe to say Barcelona head into every game with an unfair advantage nonetheless, a cheat code if you will. So even with all the circumstances taken into consideration and all the external and internal issues Barcelona were facing (and still face), there is no real excuse for such a horrible collapse come the most important part of the season.

Ultimately, it all comes down to ensuring the same thing doesn’t happen again. At the end of the day, you can’t change the past, but you can influence the future. Messi will want to forget the diabolical end of 2020/21, but with a promise of a brighter tomorrow, that sour taste can still be washed away. Joan Laporta has promised a major overhaul of the squad come the summer that could include ‘difficult decisions’.

Even though this is not the first time we’ve heard talk of a revolution at the Camp Nou, with a man of Laporta’s power and influence at the helm, for the first time in years, the fans are finally inclined to believe those words being uttered. But the question is, is Messi amongst those people? If indeed he is, which according to Laporta should be true, the chance of him staying increases exponentially.

Recently, we’ve discussed some of the things that could influence Messi’s decision on either staying or going, and one of those was ending the season on a high. Quite clearly, that’s not happening. Not exactly. The Copa win is beautiful and should not be underestimated. Still, the bitter end for Barcelona to the most thrilling LaLiga race in years is enough to (almost) undermine it completely.

Either way, as already mentioned, the time for action on the pitch, at least for this season, is long gone. Now, all Barcelona can do is focus on ensuring the club is as competitive as possible for next year. As plain and obvious as it may sound, the only feasible way to avoid this being a heartbreaking farewell for the greatest player of all time is to make sure it’s not a farewell at all.

The club have already begun taking steps towards ensuring that they have stronger reinforcements for next season, as compatriot and a great friend of Messi in Sergio Aguero is on his way to don the Claret and Blue kit for next season. It also looks as though Barcelona will be adding more firepower to their attack for the new campaign, with Memphis Depay’s arrival also looking imminent.

As things currently stand, it will be with regret and another failed chance to clinch greatness on a team level if he does leave. And that, as we’re all well aware of, is what he ultimately wants.

If he can’t find it at the Camp Nou, maybe he’ll be inclined to try elsewhere. It is up to Barcelona to stop that from happening next season if the little magician ends up staying to grace the Catalan turf with his magic for a little longer.