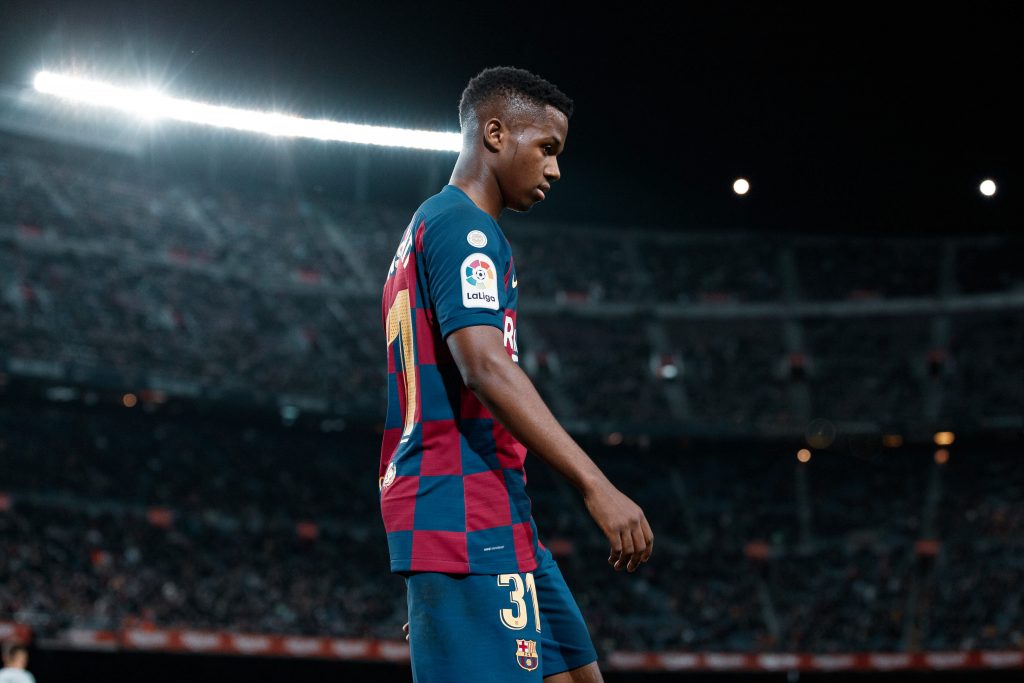 The contribution of Riqui Puig and Ansu Fati to Barcelona lately has been huge, but are they ready to start in the Champions League?

Barcelona have had a below-average season by their standards so far. They have won neither of the three trophies they could have won, in the La Liga championship, the Copa del Rey and the Spanish Supercup. The only one remaining is the Champions League. The global pandemic of COVID–19 has affected every aspect of our lives and football is not an exception. The Champions League, along with many other tournaments, had been pushed back and it begins now.

For a team like Barcelona, winning the European tournament is a aim every season. With a 1–1 score against Napoli, the Italians come to the Camp Nou next. One of the decisions manager Quique Setién faces is whether or not to play Ansu Fati and Riqui Puig. The two youngsters have been among the top performers recently for the club, despite they lack experience. So what exactly are the pros and cons of selecting them? And what should he do ideally?

How do they help the system?

Let’s disregard the players’ current form for a moment. What do Ansu Fati and Riqui Puig have to offer to Barcelona regardless of their form?

Barcelona always look to sustain attacking momentum and keep possession in the opposition’s half. In such situations, something they have lacked this season especially has been a direct attacker. Lionel Messi is still an insanely good player but his blistering pace and mazy runs aren’t as predominant as earlier. Luis Suárez and Antoine Griezmann lack any of the directness Barcelona need. Ousmane Dembélé is just recovering and won’t face Napoli, making the bench in the best case. Luckily, Ansu Fati possesses the pacey dribbling, the one-on-one skills, and the ability to take the opposition head-on.

The La Masía youngster is excellent at knowing when to stretch the opposition’s defence and when to get in narrower to allow Jordi Alba to overlap. His dribbling is very dynamic and he is usually successful when he goes against an opposition defender one on one. Time and time again, bringing him on has changed Barça’s complete style of play from stagnant to bright and energetic.

With him on the left, Barcelona have always looked sharper down the left as well. The imbalance caused by the influence Messi has on the right has been seen often, but Ansu’s presence and efficiency has seen the play being distributed down both more wings more evenly.

Ansu Fati has already stood out in the big stage, while Riqui Puig is yet to debut in the Champions League | Photo by Imago

Meanwhile, since Andrés Iniesta and Xavi Hernández’s retirements, Barcelona haven’t had any midfielder who can play those kind of balls forwards. The blaugranas have had and currently have some impressive midfielders. And though no player has come even close to what Xavi and Iniesta did in midfield, Riqui Puig has the most similarities to both those playmakers.

His vision is excellent, always enveloping the whole pitch. Along with this, his pinpoint accuracy passing is superb at picking out his teammates. Very often, he plays the type of pass which puts the forwards through on goal very easily. His passing range is impressive as well, as he is very capable as long pings and well-weighted chipped balls into the box. It’s already well-established that Riqui’s passing is wonderful. Nonetheless, he contributes to the team in many ways apart from this.

Something that Ansu Fati and Riqui Puig both do very well is linking-up with their teammates for quick one-twos. This is something that is expected of La Masía graduates. This link-up play allows for Barcelona to advance quickly and efficiently. Along with this, Puig is excellent at pressing and winning the ball back. The combination of his passing, pressing is complemented by his ability to operate in tight spaces and carry the ball forward. All these make Riqui a completely refreshing option in midfield for Barcelona.

These two wonderkids have a drawback which they, and many young players share. Lack of experience. Neither of them has experience in European football. This is a difficult decision for Setién. It could of course lead to them showing that they are good enough to play against top sides throughout Europe. But if they don’t perform well, the pressure at such a huge stage is enormous. If a player’s mentality isn’t strong enough, it could lead to their confidence getting a huge blow.

Pep Guardiola chose to start the young Phil Foden against Real Madrid in the Champions League: will Quique Setién do the same with young starlets Riqui Puig and Ansu Fati too? | Photo by Peter Powell / Pool /AFP via Getty Images

Even though we may think that they have that mentality, it is finally the coach who knows them best, or rather, should know best. The quality that these two possess is undeniable. Their selection however, isn’t dependent only on their quality but also on how this match could affect them. But in the end, their quality is too good to just stay on the bench and their contribution is too impressive for Quique Setién to just omit these youngsters.

Quique Setién has had a midfield that complements the attack. For example, Arturo Vidal often moves forward when Messi drops, so that there is never a player deficit in attack or midfield, Or when Griezmann drops back and Vidal and Frenkie de Jong move up a bit to pin the opposition’s defenders temporarily. Barcelona rely on attacking transitions and overloads a lot.

In such scenarios, Riqui Puig, playing as the left-interior midfielder would have to assist Alba and the left-winger in overloads. Notwithstanding, a system in which Puig flourished was a 4–4–2 diamond with him playing as a number 10 behind Messi and the other forward. In this case, Ansu Fati would almost definitely not make it into the starting XI.

That said, in a 4–3–3 with Fati as a left winger, Barcelona are able to stretch the opposition’s defence and sustain possession in the opposition’s half. In this formation, both Ansu and Riqui could get a chance.

Regardless, what is the most likely selection? Setién may play a 4–4–2 diamond with Messi as a number 10 and Griezmann and Suárez upfront. That prediction is from what we have seen from him against tough opposition recently and the reports that he will go for an attacking style. This could see Riqui Puig fitting in and getting a starting spot in the Champions League, but this system most probably wouldn’t be the best for Ansu Fati.

But what would be the ideal choice?

Considering the things both players bring to the table and the way Napoli play, it is clear that winning the midfield battle and having pacey attacking wingers are both important. That leads us to conclude that ideally, both players have a significant contribution to make and they should be selected in a 4–3–3. This would be an adventurous move but it would show Setién’s trust in them. And regardless of the performance, it would be a major confidence boost for them. It’s time for Barcelona to play the kind of football they want to, and factors such as experience, however important, have to be weighed against the immense talent which could be on display.