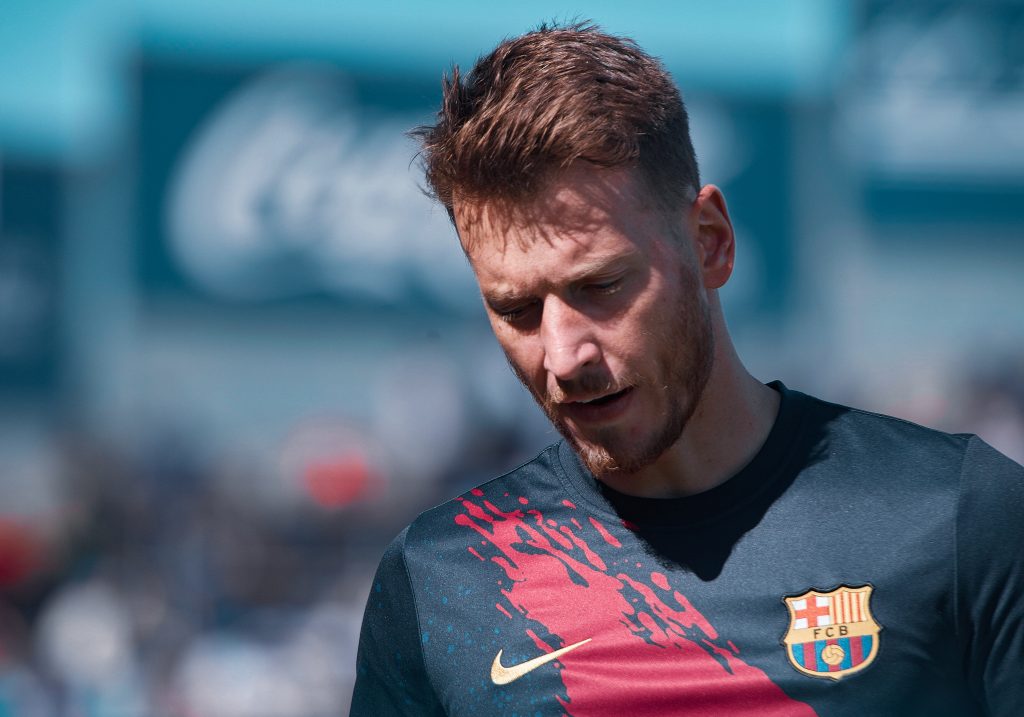 With a barrage of games looming as La Liga is set to resume on June 11, perhaps resting the Barça goalkeepers every now and then could reap significant rewards.

As confirmed by the La Liga officials, the league is set to return on the 11th of June. Barcelona will resume their campaign with a trip to Mallorca on the 13th. After a significant period of time away from action, the players have gotten plenty of rest. However, the lack of competition will have definitely taken the edge off the players. The process of easing all the players back into competition will be crucial. And that, of course, includes the goalkeepers.

At Barcelona, the keepers, aside from guarding the sticks, also play a crucial role in the first phase of the build-up play. Good distribution and composure on the ball is vital. Nevertheless, this raises a couple of questions.

Marc-André ter Stegen has been immovable from the Barcelona goal in recent years. Ever since taking over the post of number one following Claudio Bravo’s departure, he has continued to shatter ceiling after ceiling. Undoubtedly one of the finest keepers in world football right now, the German is a key cog in this blaugrana machine.

While the difference between Ter Stegen and Neto is big, rotating Marc for a few games should not impact results much | Photo by Alex Caparros via Getty Images

Not only is he great with his feet as all Barça goalkeepers always need to be, he might be arguably the finest shot-stopper in the club’s history. He has established himself as one of the most vital members of the team. Ter Stegen has bailed the team out on multiple occasions with miraculous saves and this season, assists as well! Which begs the question, if fit, does he need rest? Can the Catalans afford to rest him?

The simple answer is yes. And more importantly, they should. Of course, keepers generally tend to stay fitter and suffer from lesser injuries than outfield players. Notwithstanding, fitness levels and injuries are not the only concerns in these unprecedented times. For Barcelona specifically, the squad list is exceptionally thin at the moment. Every player must be fully prepared in case they are suddenly called into action.

Neto: A more than capable deputy

Neto Murara came to Barcelona from Valencia well aware that he was going to be Ter Stegen’s back-up, keeping up with the theme of Barça signing keepers who are almost too good to be merely deputies – case in point: Jasper Cillessen. Neto is also a brilliant shot-stopper and he is more than capable of stepping in every now and then to relieve Ter Stegen.

Another key factor is that if an unfortunate injury were to somehow occur, Neto should have some match experience under his belt after returning so that he remains sharp in case he has to play. Granted, Neto is not as good as Ter Stegen with his feet, but he can definitely get the job done. The Brazilian should get the opportunity to show just why Barcelona signed him.

Opening the door for Iñaki Peña?

The young Barcelona B keeper Iñaki Peña has surely been unfortunate. For a keeper with his exceptional ability, he has to be very patient considering Ter Stegen’s immense success. Peña is great on the ball and a fantastic shot stopper too. But despite his agility and sharp reflexes he may yet need to wait for his chance at first team glory.

But there is a silver lining. If Quique Setién does indeed decide to rest the keepers from time to time, Iñaki Peña may well get a shot to prove that he deserves to be promoted to the first team next season.

❛ Normally I make no distinctions between the goalkeeper of La Liga and of the Copa del Rey. Both [Ter Stegen and Neto] can play in all three competitions ❜

Realistically speaking though, it seems unlikely that Ter Stegen will get any respite unless absolutely necessary. Barça are neck and neck with Real Madrid in a title race that does not have any room for error. But perhaps a bit more faith in all the goalkeepers could do a lot of good.