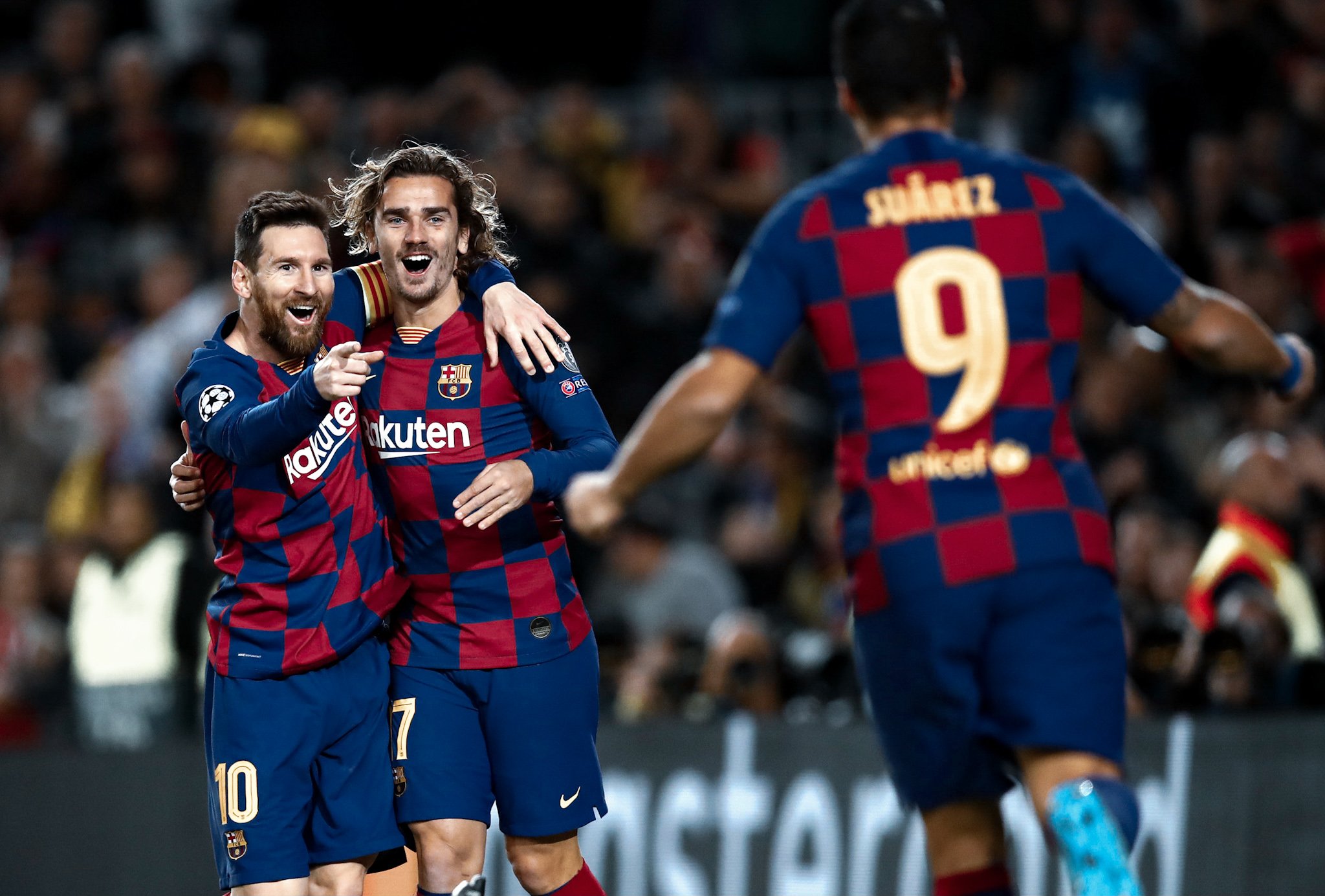 Across the last few seasons, there has been a pressing need that has come up for Barcelona to possess a striker who can change games in robust situations. It might finally be time for Barcelona to buy a target man, but who are the names they can look at?

The Blaugrana Way demands every player to be more than what their role asks for. Over the years, strikers like David Villa and Luis Suárez have offered more than just goals to the side. On numerous occasions, they dropped deep to link with the midfield and acted as a passing source rather than remaining at the end of all the chance creation. On these lines, Barcelona, its structure, and the managers have pushed for advance strikers, and not players in the mould of a target man or poacher.

However, it is safe to say that the same approach does not work for every occasion. Sometimes, while chasing the game, teams must choose to go direct and not build from the back. In such cases, the best option is to have a target man up top, waiting to receive a long ball from the keeper or the defenders.

Unfortunately for Barcelona, they do not possess a target-man in the squad which allows the manager to attempt a different tactical approach.

Their robust build allows them to hold the ball for a sustainable period while shrugging off challenges. Through this avenue, the wingers and fullbacks get sufficient time to run across or in between the lines.

A team of Barcelona’s calibre usually encounters sides that field low-blocks. Target-men can easily disrupt these defensive lines by dragging players towards them. And so, it’s high-time Ronald Koeman adds a striker of such profile into his arsenal.

It might be time to look past just the David Villas, Luis Suarezs, and the Thierry Henrys for Barcelona. (Photo by David Ramos/Getty Images)

Barça Universal lists three such players who have been used in that role before, and can come up as potential targets for the club in the next couple of transfer windows.

Wolfsburg’s Wout Weghorst is amongst the most underrated strikers in the world. Partly because he plays for a Bundesliga side that gets comparatively less coverage, Weghorst’s attacking expertise is overlooked to an extent.

The 197cm tall Dutchman is slowly gaining recognition for his efforts for Die Wölfe. He is an intelligent player who is capable of doing more than what the manager demands from him.

He scored 33 goals and provided 10 assists in the Bundesliga since joining Wolfsburg from AZ Alkmaar. His tall frame and sturdy build allow him to be an effective outlet to release the ball to and his ability to hold-off multiple challenges at once gives a lot of freedom and time for his teammates to readjust their shape.

At the start of the window, it was rumoured that English outfit Tottenham Hotspur was after his signature, which is an indication that top European suitors are finally catching up. Indeed, Weghorst doesn’t display the ideal range of passing that Koeman would hope to have.

?? Tottenham are now hoping to complete the signing of Wolfsburg striker Wout Weghorst.

? The analysis below shows why he would be a perfect fit for Spurs.

On the flip-side, however, he provides a dimension that’s different from what’s available at the Camp Nou. He possesses a predatorial instinct inside the box and is also aerially supreme. Now 28, he still has one big move left in him to fulfil. If the Catalans are interested, he is a financially attainable target.

Arkadiusz Milik’s situation at Napoli is well-known to everyone. The 26-year-old Pole has fallen out of Gennaro Gattuso’s favour, and their board is working hard to find him a suitor. Since his contract expires coming summer, there is an aroma of desperation around Napoli’s camp to sell him in January. The arrival of Victor Osimhen has put Milik far behind in the pecking order, so a move away from Naples is likely.

From a footballing perspective, Milik has a similar profile to that of Weghorst — tall, muscular, and aerially dominant. Last season, in the second leg of the Champions League round of sixteen, Milik came off the bench vs the Azulgranas. He even managed to put the ball in the back of the net moments after coming on, but the goal was disallowed as he was offside. As a striker, he has all the capabilities to change games like a super-sub.

Milik has the heart of a tiger and will succeed eventually. Barça will be lucky if that place is Catalonia.(Photo by Filippo MONTEFORTE / AFP)

The issue with the Pole is that he is severely injury prone, having ruptured his Anterior Cruciate Ligament (ACL) on both knees. As a consequence of this, his pace has dropped significantly. On the contrary, to compensate for his lack of pace, he can find pockets of space and play neat passes to the wingers. Once he finds himself in scoring positions, he rarely fails to convert his chances.

Unfortunately, a player of Milik’s calibre struggling to find stability in his career at such a stage. But this situation could fall in Barça’s favour as he would be another cheap and easily poachable transfer target. It’s a question of whether his injury record can be overlooked or not.

30-year-old Dutch forward Luuk de Jong is a more recognisable player for La Liga enthusiasts. Joining direct rivals Sevilla, the Dutchman was vital in the Spanish outfit winning their sixth Europa League title last season. However, it must be said that from a goalscoring perspective, de Jong hasn’t hit the ground running yet.

After scoring 28-goals in the league in 2018/19 for PSV Eindhoven, Julen Lopetegui snapped him up. However, in La Liga, he only managed to get 6 goals last season. De Jong’s decision-making in front of goal is excellent. But the issue comes over him not getting into scoring positions on time.

He is too slow, and most of the times he’d find himself within a whisker away from reaching crosses. Notwithstanding, when he connects the crosses, the ball usually lands at the back of the net.

De Jong’s lack of pace is a massive drawback to Sevilla’s fast-paced possession-based playing style. But he can prove to be a handful to the opposition when brought off the bench.

Luuk de Jong showed his calibre in the UEL last season with the Sevilla outfit. (Photo by Ina Fassbender/Pool via Getty Images)

It’s unlikely that the Catalans would even be interested in acquiring the Dutchman’s services. But if there is anyone who can get the best out of him, it is his former National team coach Koeman. He would not slot into the starting XI, but in case the game needs to be changed with a more direct approach, de Jong will be a great option. He is lethal from set-pieces and would add more firepower to Barça’s aerial attacks.

Nobody knows if Koeman actually wants a target man. With the financial situation being grim, the Dutch tactician would have to be judicious with where he spends the transfer budget.

Indeed, the first step is ensuring that the dressing room harmony is restored after the disappointing finish to last season and a slow start to the current one. He has already sorted out the issue at right-back by signing Sergiño Dest, who continues to impress. Furthermore, the other youngsters are being integrated into the squad and giving the fans more reasons to be excited.

Whether Barcelona dip their hands in the January market to sign a target man, is something that will only be answered by time. For now, the focus will be on climbing the table, and also ensuring that they win their Champions League group.