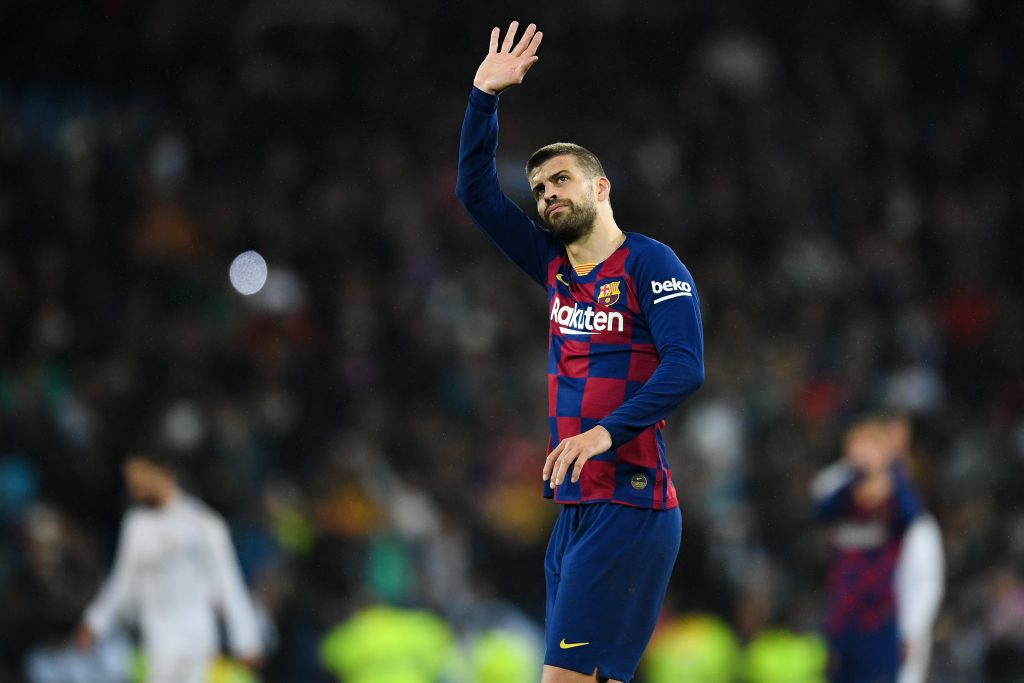 Last Friday night was certainly not a very pleasant experience for Culés across the globe. Though the team managed a draw against the 3rd placed side in La Liga, there was a veil of disappointment that overshadowed the smile on faces of fans, and understandably so. Frustration showed clearly even on the faces of players because the 2 points that slipped out of hand were both important and invaluable.

A visibly dejected Gerard pique stated after the game:

“Seeing how the matches have gone so far, it’s going to be very difficult for us to win this league. The draw leaves us in a position where we no longer depend on ourselves and looking at the fixtures it’s difficult to imagine Real Madrid are going to drop points but we’ll still give everything to try and win it.”

Such comments coming from one of the captains of the club is certainly not what any football fan wants to hear. At first sight, it appears to be a rather pessimistic statement to give out publicly. It seems to give out a sense of negativity in the dressing room environment. The mentality seems to be such that the players have given up with 8 games yet in hand, something quite unacceptable at this level of the game especially while playing for such a decorated club.

However, the more one ponders upon this rather extraordinary breakdown, the more one tends to understand the actual reality and bitter truth hidden in these statements.

Real Madrid and Barcelona currently sit joint at the top of the table with 65 points, both rivals having exactly 8 games in hand. La Liga, unlike a few other leagues across the globe, uses the teams’ head-to-head records to separate them in the event of a tie, instead of the goal difference over the entire season. Owing to the goalless draw at Camp Nou and the 2-0 victory over the Blaugrana at the Bernabeu, it wouldn’t be wrong to say that the cards are in the hands of our rivals

The depth of the matter though extends beyond just the issue of head-to-head superiority. A quick look at the fixture list for both clubs gives us an eagles eye view of what’s ahead. It wouldn’t be wrong to say that Getafe, Athletic Bilbao, and Villareal are the 3 most difficult fixtures coming up for Los Blancos. Barcelona, on the other hand, is yet to face Atletico Madrid who seem to have hit the ground running. The fixture list also includes Atheltic club, Villareal and a dominant Celta that just hit 6 past a helpless Alaves

Even winning all the remaining games doesn’t guarantee Barcelona the title. The only way for them to win the title is a Real Madrid slip up, something that looks unlikely looking at the form they are in and the bizarre VAR assistance they have been receiving.

It would be an understatement to say that Real Madrid is the favorite for the league title after Lopetegui’s masterclass as the Ramos Sanchez Pizjuan. To add salt to the wound, the controversy-filled game last night at the Reale Arena pops up. A curiously, yet to an extent understandably disallowed goal for Sociedad was the smallest of disputes. Karim Benzema’s goal where there was clear contact with the arm was not even checked on the screen by the referee!

The new rules of sleeve not being counted as handball apply only from next season, and there is not a speck of doubt that it should have been disallowed. Ironically, Lionel Messi had his goal against Atletico Madrid disallowed for a much higher point of contact on the arm. A dubious penalty given made matters worse, giving Barcelona fans a good enough reason to understand that there might be factors operating even outside the football field that play a major role.

”The draw leaves us in a position where we no longer depend on ourselves and looking at the fixtures it’s difficult to imagine Real Madrid are going to drop points but we’ll still give everything to try and win it.”

Honestly, that’s all we can ask from our players, to give their all. Its certainly not out of hand, but neither is it in our hand. Piques statement might appear to be discouraging to both fans and players alike, but there is certainly no ambiguity that there is a whole lot of bitter truth in it, that’s hard to digest.