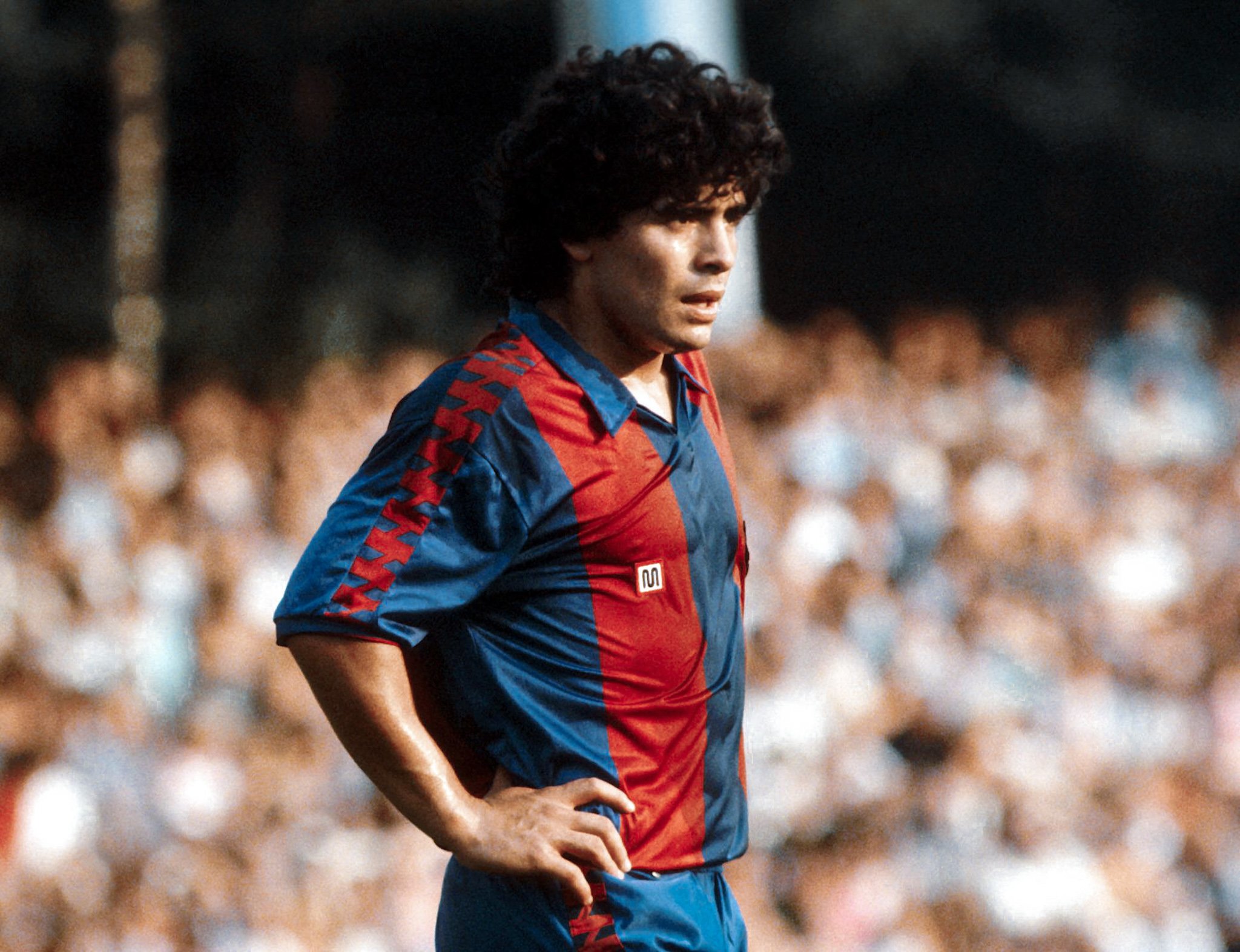 There’s something quite sobering, for a life so loud to be greeted by a deafening silence upon its end.
We grieve mortals with a sense of sadness and reflection. How then do we grieve someone who felt like so much more?

“I saw Maradona do things that God himself would doubt were possible,” opined Zico, a fierce international rival.

A figure larger than life, consumed by the ignorance of his own mortality. In a career defined by gold dust and bad blood — in equal measure — El pibe de Oro’s journey reminds us of the power of a dream against all odds. A life lived to beyond it fullest, and a career with chaos worth a million lifetimes.

Diego Maradona’s journey on the other side of the Atlantic began at Barcelona. A two-year period that gave the world where a small man became a big myth.

The Blaugrana faithful weren’t ready for what would unfold.

Maradona entered the Barcelona roster as the most expensive player in the world and left to become it once again. What transpired in between were a series of highs, lows and drama that would put the best telenovela to shame.

Under the contrasting stewardship of German coach Udo Lattek, Maradona netted six times in his first 13 games. The German’s cold stare tempered the Argentine’s rising mercury, Lattek would rather refer to his star player as ‘Este chico, Diego’ (‘this kid, Diego’). Putting up with Maradona’s erratic personality was the price to pay for having his genius out there on the field. He knew that all too well

Maradona’s time at Barcelona was riddled with sheer greatness and controversies. (Photo via Imago)

Hepatitis would pause his searing start and serve only to amplify what was to follow. With Lattek fired during his time on the sidelines, Argentine World Cup-winning manager Cesar Luis Menotti took over. El Flaco’s appointment did little to aid both Maradona’s and Barca’s return to form. It did, however, birth the most iconic moment of the Argentine’s career till then — a cup winning goal against bitter rivals, Real Madrid.

Maradona dribbled past Madrid goalkeeper Augustin, and as he approached the empty goal, he stopped just as defender Juan Jose came sliding in a desperate attempt to block the shot and ended up crashing into the post before Maradona slotted the ball into the net. It combined searing pace, magnetic control, a body feint, a deft touch and a sure finish. All in one move. Only one man could do this.

The poesy of that moment reached a fever pitch when he received an honour no Barca player had ever received — a standing ovation from Los Blancos faithful. It’s a feat matched only by Ronaldinho and Andres Iniesta since, something that took two decades to be repeated. Such was his ability, such was Maradona.

Maradona’s larger than life status was already proved when he received a standing ovation from the Santiago Bernabeu faithful. (Photo by Carlo Hermann / AFP)

The Argentine’s second season would be his last at the Camp Nou. Hardened by consistent hacking, Maradona took action. He doubled the number of shinpads, lighting a fire within him that would leave scorched earth in his wake. A burgeoning partnership with German midfielder Bernd Schuster powered Barça in the early parts of the season.

The club’s will was bending a bit exceedingly towards Maradona, however. His newly minted lifestyle was proving costly for Menotti. Then-President Josep Luis Nunez years later admitted, to what was essentially an open secret;

“A lot of things went on with Maradona. We even changed the training timetable so he could sleep in in the morning.”

The Argentine was becoming Mara-prima donna as the backroom became increasingly uneasy. Anecdotes stretched from late arrivals to dissatisfaction with playing boots. Problems which echoed louder in his later career. These quandaries spiralled when the Argentine was hacked by Andoni Giokoetxea — The Butcher of Bilbao — relegating him to sidelines once again.

11 goals in just 16 appearances did their bit to galvanise the club. It wasn’t enough however as Athletic Bilbao lifted La Liga by just two points.

The league was over, but Maradona’s chalice of blood was far from filled. In the final of that season’s Copa Del Rey, the flood gates had opened, precipitating nothing short of war. A 1-0 loss was too much for the Argentine to bear.

He first confronted Bilbao’s Miguel Sola, who cursed and flashed a derogatory sign at him moments before. Maradona got in Sola’s face and head-butted him. He found several other opposing Bilbao players, elbowing one and kicking another. As players from both teams brawled, fans threw objects on the pitch.

The cup final riot was a fitting, if unfortunate end for the Argentine at Barcelona. It left 60 people injured and earned Maradona a three-month ban from Spanish football. Maradona got into frequent disputes with FC Barcelona executives, particularly club president Josep Luis Nunez culminating with a demand to be transferred out of Camp Nou in 1984.

During his two injury-hit seasons at Barcelona, Maradona scored 38 goals in 58 games, winning two cups. It was not what the club had hoped, but it was a sign to the world for what was to come

For many of older fans of Barcelona, Maradona and his turbulent spell presents one of the biggest what-if questions in their minds and hearts. The two-year stint was absolutely pivotal to the legend he became.

The physical battles strengthened both his desire and resolve to overcome those who couldn’t beat him clean. His record-breaking move to Napoli serves as a shining example. The diminutive Argentine near single-handedly won them their only two Scudetti as well as a UEFA Cup to boot. His cult-like status echoed the Stadio San Paolo like a war cry propelling his myth to legend.

He was one-man wrecking crew, who would shatter both opposition and himself to win — a trait that led Argentina to two world cup triumphs, with Maradona at the bleeding heart of one of it.

More than anything, Maradona’s spell inspired another petite Argentine to become larger than life. Lionel Messi planted back the flowers from the path of Maradona’s scorched earth, elevating the #10 jersey he once wore.

Mourning the loss of Maradona, his hero, the Barcelona captain perhaps put it best, “He is leaving us, but he is not going, because Diego is eternal.”

All the drugs in the world couldn’t satiate Maradona’s appetite. The strongest vice — the beautiful game was never out of his agenda. Failed spells at management too did little to cloud his aura. Nothing could befall a man who lived that full of a life.

Diego Maradona was never a mere mortal. (Photo via Imago)

Every roller coaster will come to an end, but the highs of the ride will still sustain. There’s scarcely a patch of earth that hasn’t heard Maradona’s name. The Hand of God will now meet his maker, and one can only hope that heaven is ready for him.