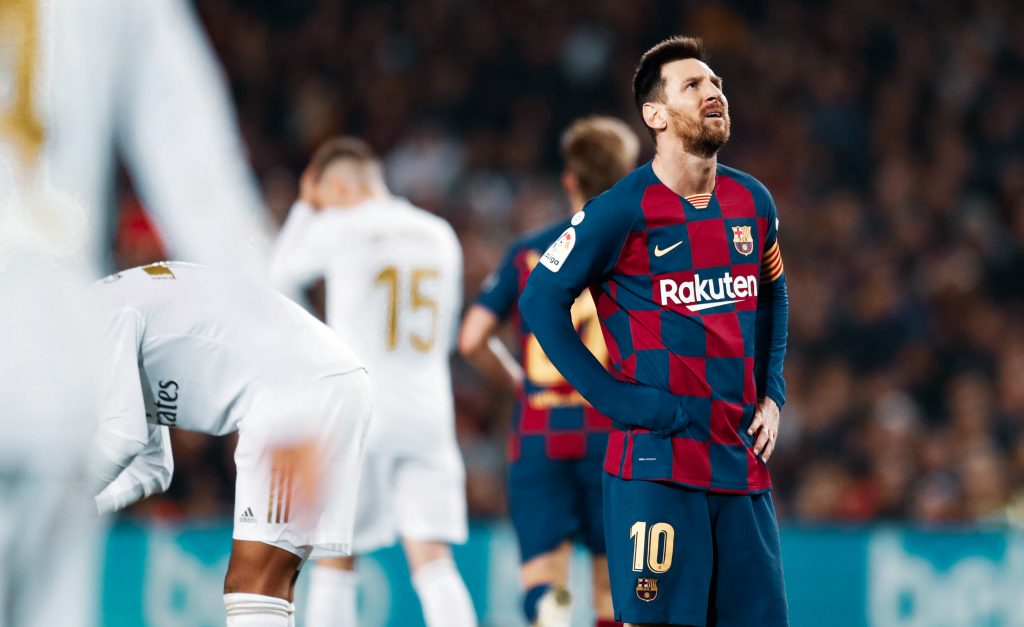 While there has been some pessimism after drawing against Sevilla, does the league really look that dark for Barça, or is there still room for hope?

On 19th June, Barcelona were set to face Sevilla at the intimidating Ramón Sánchez Pizjuán. Barça were first placed with Sevilla at third. However, it was still expected to be a close match. With Real Madrid close behind Barcelona, winning this game was very important to make the current hectic schedule sustainable. A loss or draw would mean less room for experimentation and less rest for the older, key players.

The Catalans, though, went to draw 0–0 in what was a disappointing performance. In this article, we’ll take a look at exactly where the top La Liga teams stand and what we can expect from the league.

As Barcelona faced Sevilla, their performance was not up to par and the Andalusians managed to get a draw. Now this means Barcelona are three points clear of Real Madrid, who have a game in hand. After the match, Gerard Piqué stated that the league is no longer only up to them, unlike before. Now, even if Barcelona win all matches, Los Blancos could go on to do the same. This, along with the fact that Real Madrid have a better head-to-head goal difference, would make Zinedine Zidane’s team be declared champions.

The title race will be between Barcelona and Madrid, as the third-placed team, Sevilla, is ten points behind the madridistas. So it would be logical to compare the top two sides in order to see which team has the better chances of winning.

Barcelona have seven games to go this season whereas Madrid have eight. If you take a look at their fixture lists, Barcelona have more matches against teams which are in the lower-half of the table, with four. Madrid, on the other hand, have three. But this does not accurately represent the cumulative difficulty of the fixtures.

❛ The reality is that we do not depend on ourselves, but this is going to change, there are still many games left ❜

Barça face fourth-placed Atlético de Madrid soon, which is a very tough encounter for anyone. Earlier on in the season, Diego Pablo Simeone’s side actually defeated the Catalans by 2–3 in the Spanish Super Cup, which was their last encounter and also provoked the sacking of coach Ernesto Valverde and further appointment of Quique Setién.

Even though Barcelona have the better record against Atleti in the league, the rojiblancos are a well-oiled side under long-time manager Simeone. They recently won 5–0 against Osasuna and drew against Athletic Club de Bilbao. They were on great form before the hiatus due to the pandemic as well. Atleti’s last loss came against Real Madrid in February. These statistics show us just how tough of a team Atleti are to beat. Apart from this, Setién’s side also has to face Athletic and Villarreal, who can be tough sides to beat placed tenth and seventh, respectively.

Real Madrid, however, face two of the three teams currently in the relegation zone. Those can safely be assumed to be manageable victories for them. Of course, Madrid have their own tests as well. They have to face Real Sociedad on Sunday, as well as Villarreal, Getafe and Granada, who are all in the upper half of the table along with tenth-placed Athletic Club. Their toughest matches are against fifth-placed Getafe and sixth-placed Real Sociedad.

The only way in which Barcelona can be crowned champions is that Madrid lose more points than them | Photo by Irina R. via Imago

Getafe have not looked very convincing since the resumption, unfortunately. They lost against Granada and drew against Espanyol. With Madrid’s set game plan and many returning players such as Eden Hazard and Marco Asensio, this match will most likely go in their favour. Real Sociedad have been less than impressive as well lately. They drew against Osasuna at home and lost away against Alavés recently. Even with the quality at their disposal, Madrid’s combination of young talent and experience can likely see this one through.

Game plans since the return

Quique Setién had not had a set game plan in the period before the pandemic. It is a huge step from a team like Real Betis to one of the biggest teams in the world like Barça. Recently, in the last three games, he has begun to set a specific way of playing through the team. There have been changes, but the general trends of playing attacking football, building from the back and emphasising on overlaps and overloads down the wings are visible.

Zidane’s Madrid side has had a proper style of play for a long time now. His tactics and methods, which rely on letting individual talent shine when needed but also getting the team to work as one, have been effective to say the least. This gives the team from the Spanish capital an advantage as there are a small number of matches condensed into a small period.

There is little to no time for experimentation. Each match is a final on its own. Barcelona have had some excellent performances under Setién, no doubt. But something very concerning is the predominant use of an attacking approach in the fixtures versus Leganés and Mallorca, but suddenly switching to a 4–4–2 later on against Sevilla.

Madrid have frequently rotated their starting eleven recently and will continue to do so, but their attacking down the wings, possession in midfield and general offensive style has been constant. They have had some disappointing performances in the earlier half of the season, but gradually, with small changes and the individual talent of the older players as well, Madrid now have a well-defined style. This is a huge advantage.

Barcelona essentially cannot risk experimenting against the tougher sides from the rest of their fixtures. Their style of play will more or less have to be similar to the recent performances. This is because even one goal against the blaugranas could be enough to see them lose the title.

Real Madrid face Real Sociedad up next, which could put them on an equal number of points with Barcelona with the same number of matches played. Their head-to-head goal difference is a factor which must be accounted for. This game and Barcelona’s duel with Atlético de Madrid will be the deciding factors for the La Liga title and, apart from this, the reason Granada may not be as tough a hurdle is because of their recent form.

Something that must be considered is how well Zidane does when it is a knockout-type tournament such as the Champions League. These remaining matches are as good as finals on their own and with Madrid’s balanced team and set style of play, they are a huge threat to the Catalans.

❛ We knew beforehand that it would be difficult to win all the games left, practically impossible, and that this was one of the toughest matches we faced

It is frustration of the moment. I am sure Piqué will feel different tomorrow, and I am sure that Madrid will drop points, too. We have to be optimistic ❜

In conclusion, the league is in no way decided. True, now the title is not entirely in the hands of Barcelona, unlike before. But this is a side with incredible quality and a very smart and tactically capable manager at the helm. From here on, they can’t afford to make a single mistake. The title, though, is still very much up for grabs.