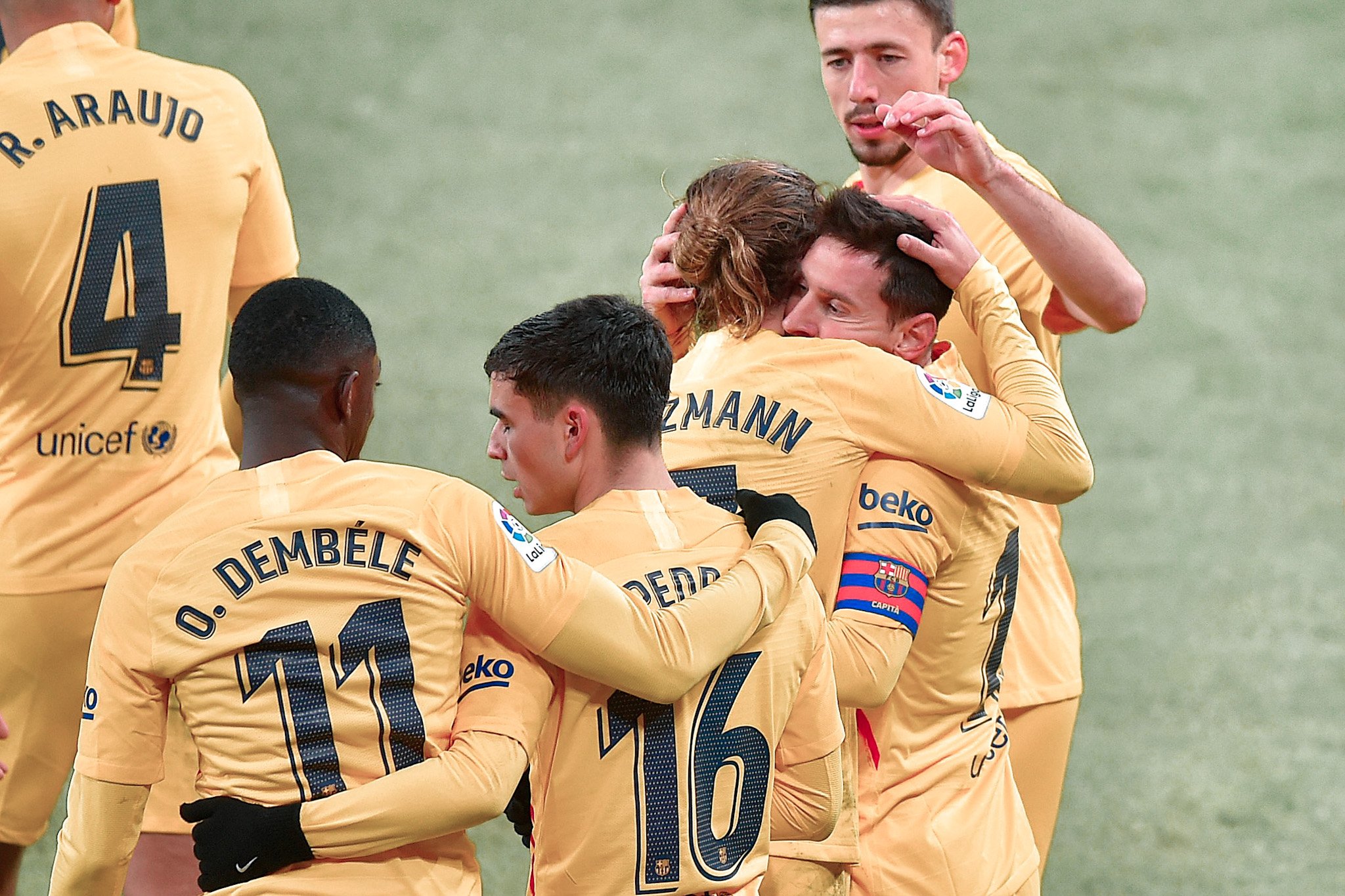 In this tactical analysis, we take a look at the tactics observed in the matchup between Athletic Bilbao and FC Barcelona.

The Blaugrana travelled to San Mames to face Athletic Bilbao, with both sides within seven points of each other. After the 90 minutes passed, the gap was now 10 points as Barcelona got all three. The 2-3 win is not the most accurate description of the match. Barcelona were the dominant side for a large majority of the 90, with several impressive individual performances. In this analysis, we look at the matchup between Barcelona and Athletic Bilbao and discuss the tactics.

Under Gaizka Garitano, Athletic Bilbao had lined up in a 4-2-3-1. Though, with ex-Valencia manager Marcelino Garcia now at the helm, little to no changes were to be expected as he was only appointed on the 4th of January, giving him minimal time to implement his ideas.

Taking a look at Bilbao’s tactics this season, the wings have been crucial to the side. With the full-backs as well as wingers possessing a fair bit of pace, they look to take the opposition on. Attempts at central overloads were seen often but failed just as often with the usual high backline being caught off-guard.

As the side attacks somewhat fluidly, the wingers come in narrow sometimes looking to receive the ball between the opposition’s full-back and centre-back, and sometimes stay wide. Inaki Williams and Raul Garcia have been the threat down the right as they often switch positions to destabilize the opposition defence.

The high backline forces the defenders to always be on a tightrope. Striking a balance between playing the offside trap while cutting off passing lanes is very tough. If Marcelino’s tactics at Valencia are anything to go by, we were to expect a well-balanced 4-4-2, which is exactly what we got. In his system, compact defending and quick counters were seen often. Of course, he has to work with different player profiles at his new club naturally leading to slight tactical tweaks at the very least.

With a 4-4-2, Marcelino deployed a team that could be a 4-5-1 or a 4-2-3-1, if needed anytime during the match. Something exciting about this Bilbao side is how well the player profiles match what the new manager has demanded from each team he has managed. Pace down the wings, a good striker partnership, and a squad well-versed in zonal marking. In this match, they went with a position-oriented zonal marking system, the only difference this and the ball-oriented zonal marking seen at times in the match is due to the independent pressing system of the front two.

The two players up front had the job of preventing passes to the base of midfield, or in general towards the centre. Here, the ball is being brought out of Barcelona’s defence. The passing option that Koeman’s side would usually prefer is a pass to the pivot, or to the interiors to attack vertically through the middle. Bilbao were in a compact 4-4-2, completely willing to give Barcelona’s full-backs space.

Because of Inaki Williams blocking the passing lane to the middle of the pitch, the only short-passing options without risk are back to the defender or on the wings to the full-back. As a part of their tactics, Bilbao would press down the wings often once the ball was in their half.

When building-up from the back, Bilbao would look to play short passes, but not exclusively. The full-backs would look to move up the field when the ball was with the central-defenders. Often, passing lanes wouldn’t be readily available. In such situations, a midfielder would drop back, and the centre-halves would stretch. Due to this, they would get better passing options down the wings.

However, there was one problem that the Basque side faced often. When distributing to the wide midfielders or the full-backs, the said players would be too high up the pitch to provide a good passing angle. This led to several interceptions from Barcelona, especially through Dembele.

As we see in the image below, though the Basque club has players who can receive, only a few of them can receive the ball up the field. On the far side, Dembele has been highlighted as well because due to his positioning, the full-backs would need to come short to receive or stay very high up the field to escape his cover-shadow.

From Ronald Koeman’s lineup, which only had Antoine Griezmann in for Martin Braithwaite as a change from the last match, a 4-3-3 was expected. In this formation, which is a welcome change from the frequently problematic 4-2-3-1, the interiors are the team’s core. In this case, these two players, Frenkie De Jong and Pedri Gonzalez would look to find space behind the lines in the channels.

The full-backs would move high up the field, looking for overlaps. In the case of Sergino Dest down the right, a lot more space would be available with Lionel Messi usually drifting in towards the middle. Almost to the point that the American would be isolated. However, Ousmane Dembele started as the right-winger, with Messi down the middle. The Argentine had a free role, which he made full use of, displayed by his exemplary passing.

The Catalans looked to sustain attacking play while attempting to unlock Bilbao’s defence in the final third. To do this, Pedri was key. The 18-year-old midfielder was crucial in the attack, especially the combinations with Messi. Barcelona have greatly benefitted from the kind of roaming-playmaker player profile that Pedri provides. In Bilbao’s zonal marking, this is exactly the kind of player who can be a problem as we see in the next section.

The battles that decided the war

The key to breaking down a zonal marking is to play the ball around the opposition patiently and wait for openings. If not, individual talent and making the most of 1v1s remain the options. In Barcelona’s case, the 1v1 talent of Ousmane Dembele has been the only outlet for the latter. What really made the difference was the free role of Messi and Pedri’s playmaking.

Both these players were very fluid, moving the opposition’s structure around. Many goal-creating opportunities originated from the quick combinational play seen between Pedri and Messi. Though Bilbao’s zonal-marking system suited their playstyle, this partnership has been visible for a significant time now.

Bilbao were playing on the transition. Marcelino’s side would look to commit multiple players to the attack while trying to pin Barcelona’s players and look for a runner. As we can see in the image below, there were many similar situations where Bilbao’s forwards would run wide with a runner through the middle.

This is a simple tactic, but it forces the opposition defence to have good communication. If Barcelona’s defenders don’t decide which player to track and which player to leave amongst the confusion caused by Bilbao’s regular overlaps and underlaps, they would be vulnerable. This led to most of the chances that the Basque side got.

The matchup between Barcelona and Athletic Bilbao is one of the few ones this season that can be said to have multiple positives for Barcelona. Most of these, such as the new roles of the interiors benefitting Pedri and Frenkie De Jong, or the partnership between Pedri and Messi, are just affirmations of what we have seen recently. But it’s these affirmations that could play a part in Barcelona’s season turning out to be much better than how it started out to be. A strong performance from the team sees the Blaugrana move up to third in the La Liga table.