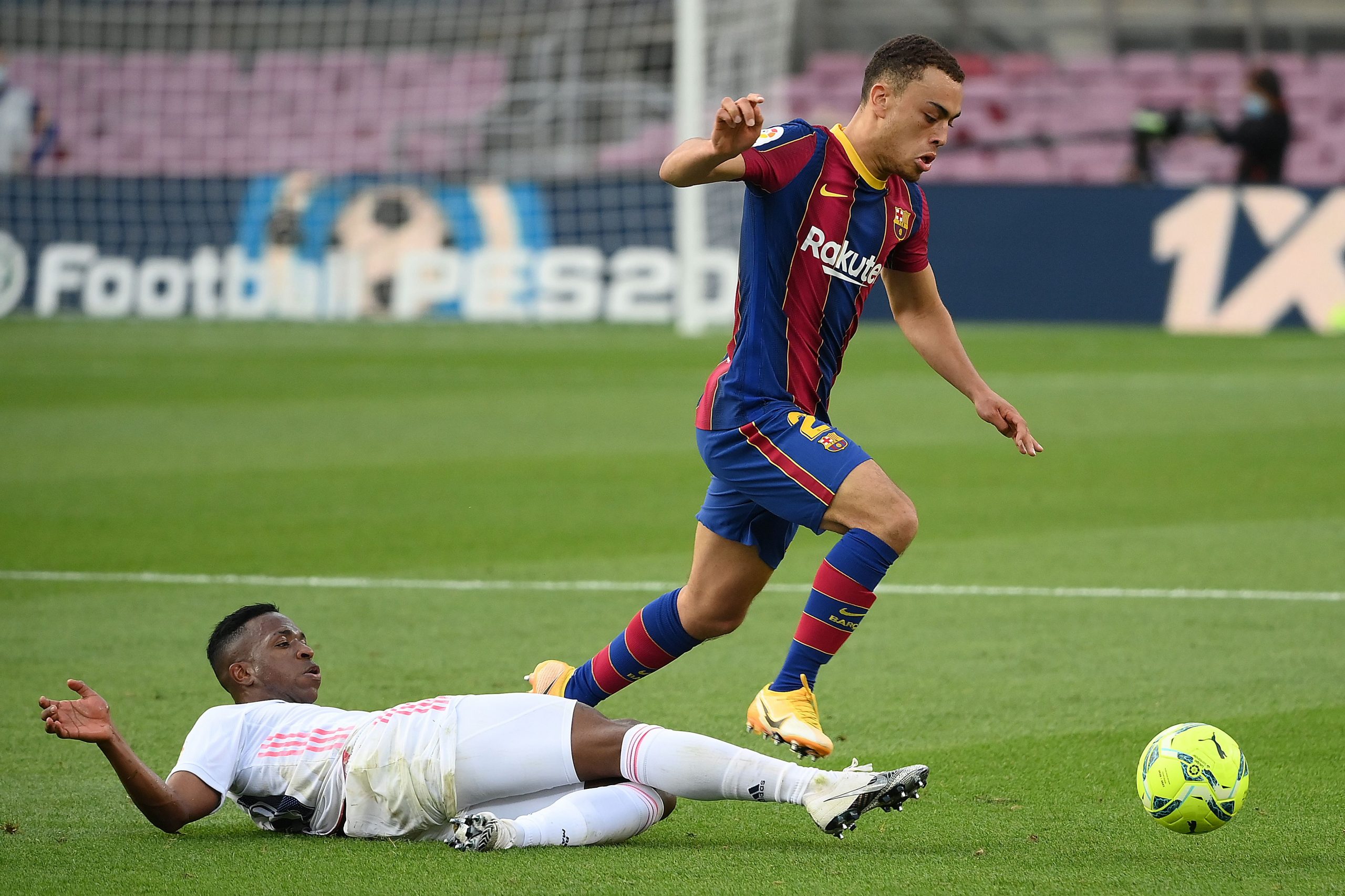 Sergiño Dest spoke for the second time since joining Barça. In an interview with CBS, he touched upon many subjects and particularly his transfer to the club. Dest is a new signing at Camp Nou, having joined from Ajax this summer. He has already made a big impression on the fans in only a handful of games.

First, the American right-back spoke about his team’s form and how he feels about the team’s chances. Following the win in Turin, the defender looked chuffed to bits. He incited that the squad was playing well and that they have to build on their six group points. Perhaps showing his seriousness, Dest is already interested in the Alaves game. He added that it would be difficult, but he feels good about the team.

The former Ajax defender also shared his feelings following the El Clasico loss. Dest loved playing in the most legendary fixture in the world, although he lost the game. However, the loss did not affect his sentiments concerning starting the ‘best game in the world’. He also wished he played in front of the fans as he wanted an atmosphere for his first El Clasico. Still, none of those problems changed Dest’s stance on the game.

“It was awesome to play in the Clásico even though we unfortunately didn’t win. But it was a very special moment to get to play in the best game in the world. I’d have loved to have played it with a crowd, to really feel it, but it was a great experience.”

Dest showed great ambition in his interview. He started by mentioning that he started learning Spanish. Nonetheless, he intends to learn Catalan in the future. He talked about the trophies he wants to win, but the American wants to win all three. A big ask, but he feels good at the club and has faith in the players, adding that they’re the best in the world.

Furthermore, Dest gave his insights on his transfer. He touched upon the other teams that tried to poach him in vain. He reiterated during the whole interview his pride in being at the club. He went a step further by saying that he refused the other clubs’ offer because of his love of the Catalan club. His good feeling about the Culés accompanied by his will to be part of the new project propelled him to Camp Nou. After all, Dest is a Barça fan at heart.

“I had offers from other teams, but Barça is the biggest in the world, my dream team. I had a good feeling about this club. I wanted to be part of a new program with new players.”

Finally, the American right-back spoke about how much he loves playing alongside Lionel Messi. He added that it’s a special feeling to play with the Barça captain. He also talked about the USMNT, and how his goal to qualify for the next World Cup. Dest is part of the USA’s golden generation and will want to achieve more with his country.