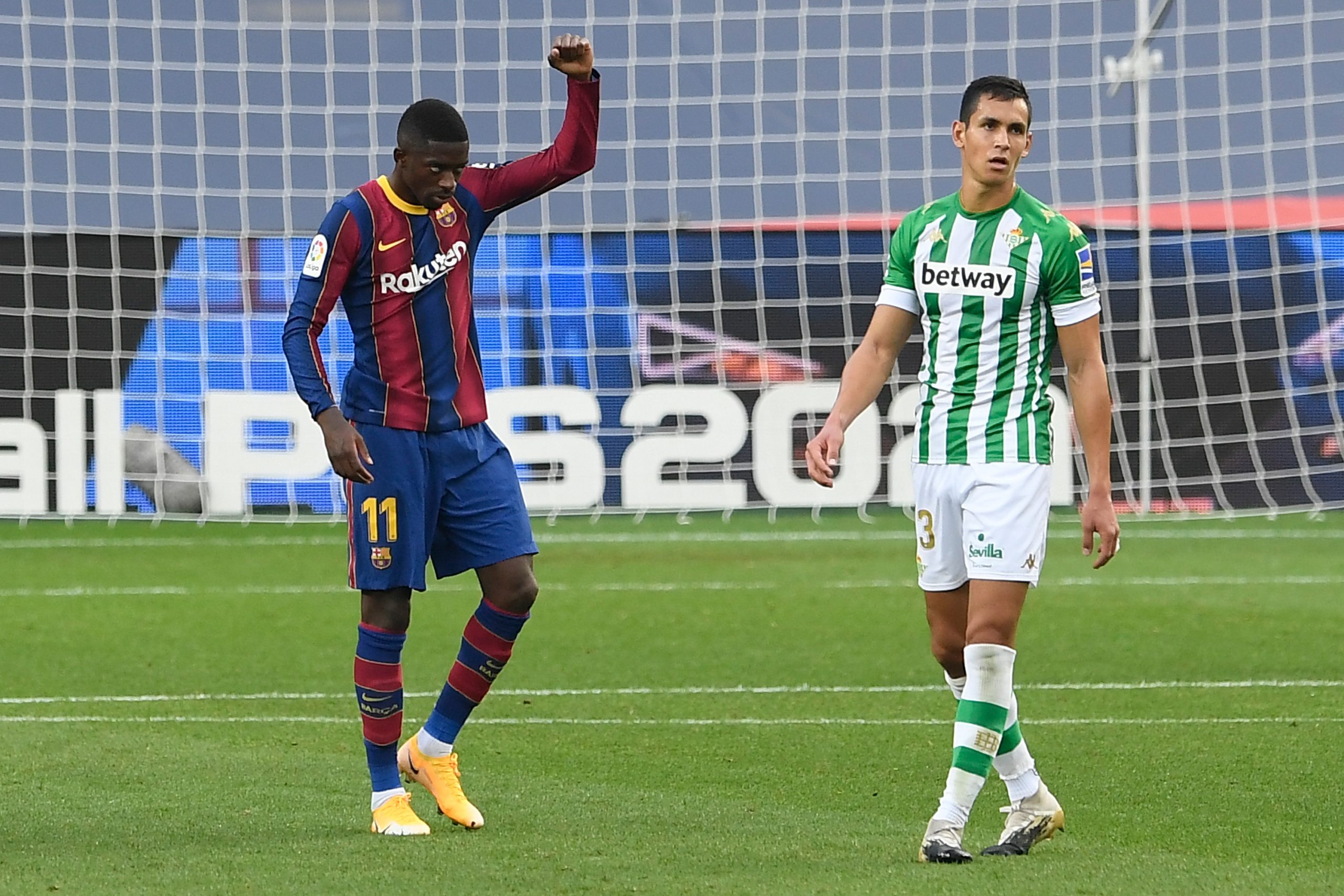 During the summer, Ousmane Dembélé’s future looked set to continue away from Barcelona. He was literally minutes and a signature away from going to Manchester United on loan but ended up staying in Catalonia for one reason or the other.

Of course, part of the problem with that deal with the English titans was money. Barcelona needed funds in a straight-up sale while the Red Devils preferred to take on the Frenchman’s wages without agreeing on a compulsory clause. This would not work for the Azulgranas and the deal fell through.

Now, however, Dembélé’s fate may have changed once more. Mundo Deportivo are reporting that the young winger won’t leave in January and that a bigger role at Barça awaits him. This is a result of a couple of positive factors since the start of the 2020/21 campaign.

Firstly, it’s his much-improved attitude, the paper reports. Dembouz is now focused on succeeding and is training and playing better than ever before. This, the club hopes, should lead to improved fitness and thus, less injury scares across the ongoing campaign and further into the future.

Secondly, his qualities were never in question. Ronald Koeman has praised him on multiple occasions already and if he can adapt to the ‘Barça way‘, he can be a real asset to the team. Not to mention his ambidextrous nature which is a nightmare for all defenders.

So far, his 22 goals for the club have been distributed almost equally – 12 with his left foot and 10 with his right. With Dembélé, you never know which way he’s going to go and what foot he’s going to use. This makes him unpredictable and even importantly, dangerous for the opposition defences.

And it’s also the very thing that may secure him another chance in the Blaugrana colours.