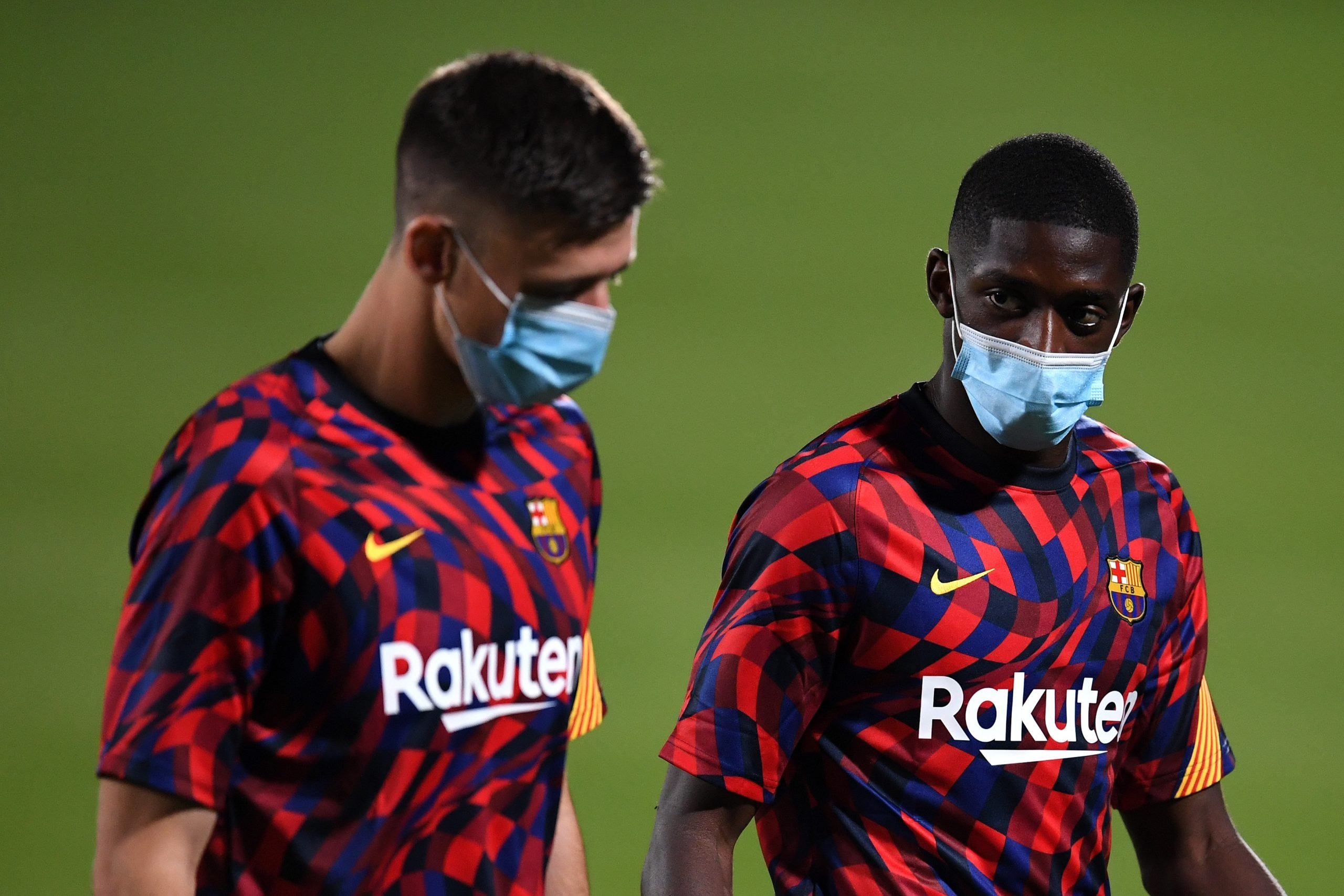 Despite multiple links that suggested otherwise, Ousmane Dembélé is set to stay at Barcelona this season. The newest reports state the Frenchman won’t be joining Manchester United on deadline day!

The Catalans have been chasing a couple of targets of their own but it all depended on making the exits happen first. However, the most recent updates coming from France state Dembélé is focused on finishing the season with the Azulgranas.

READ: Barça are planning on their last transfers before market closes

Of course, we are yet to hear Ronald Koeman’s thoughts on the matter. As we know, the Dutchman openly admitted that no one’s future is certain and anything could still happen on deadline day.

But if the reports from France are to be believed, Dembélé will stay at Barcelona for at least the 2020/21 campaign. So far, he hasn’t exactly been used too much by the new coach so it remains to be seen how this update affects Koeman’s plans.

Being among Barça’s biggest transfers in the history of the club, a lot of pressure is on him to finally show his worth. Of course, with his stint in Catalonia being marred by injuries, he hasn’t been able to shine – or play – at all. But this could be the chance he was waiting for.

So far, he’s been behind Ansu Fati in the pecking order and it’s unlikely that changes soon. That is, of course, not necessarily a criticism of his ability but rather a compliment of Fati’s.

Dembélé staying can still be a positive for Barcelona. Now it’s up to Koeman to find a place for him in the team. It does exist but it remains to be seen what happens next.

Excting times are ahead.