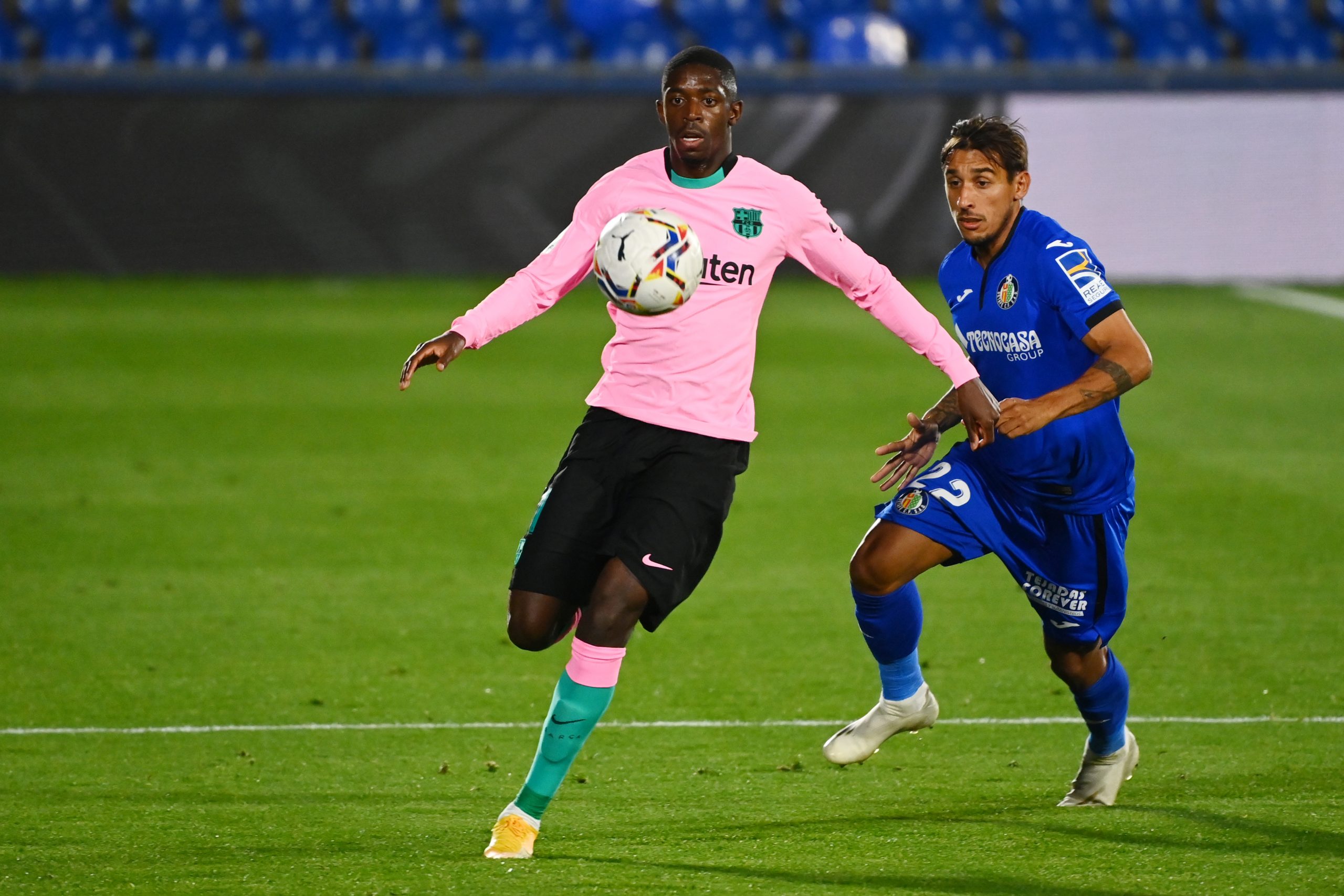 It was a huge chance for Ousmane Dembélé as he started against Getafe but, unfortunately, it was not to be. The Frenchman’s performance was clearly below par and it hurt Barcelona’s chances in the clash.

It has to be said, however, that it wasn’t entirely his fault. The Catalans looked off on the night and couldn’t create much. And the chances they did create, they bottled completely. Still, Ronald Koeman had given the young winger a big opportunity to impress but he couldn’t make use of it.

It’s been 325 days since Dembélé started for Barça and suddenly, he started against Getafe. In a way, it was a baptism by fire. Because remember, he is a player who excels when he’s got space to run into and Getafe specialise in taking that very thing away from you.

Of course, this cannot and will not be an excuse for the Frenchman. He could’ve and should’ve done more and he didn’t. At this moment, it does feel like the clock is ticking for him and he won’t get too many chances like that anymore.

Because remember, Dembélé was really close to leaving the club during the summer window. Koeman doesn’t see him as a crucial part of the squad and this makes chances like these instrumental for his future.

Now, the question still remains: what’s next for the French winger? Obviously, he won’t exactly be the first name on the team sheet moving forward and his contract is also slowly running out. And yes, injuries were a huge problem before so maybe, just maybe, avoiding them would give him a fighting chance.

All the heavy lifting, however, will have to be done on the pitch and in training.