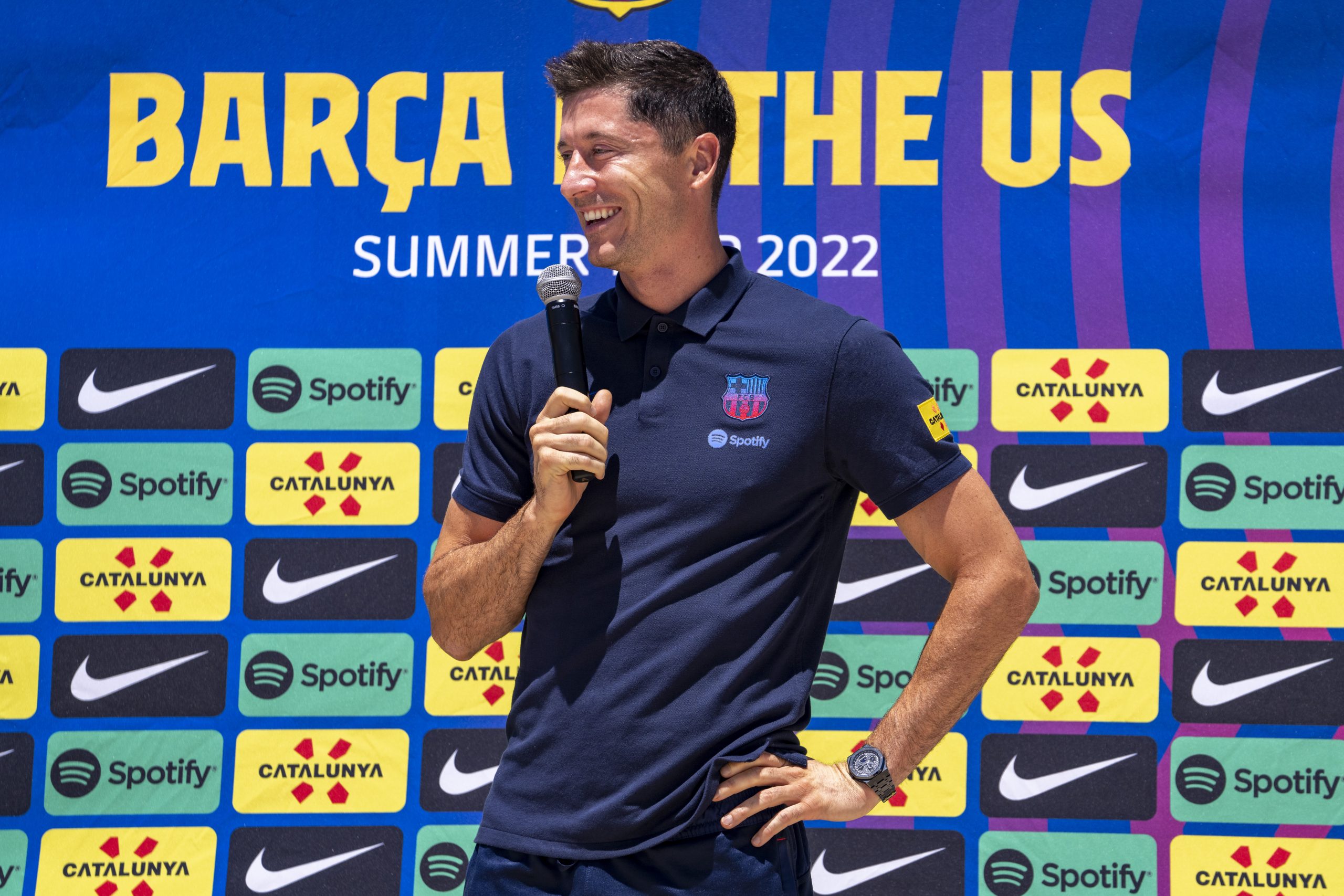 Barcelona kicked off their pre-season in style against UE Olot on 13th July in a 1-1 draw where most of the reserves participated. They followed that up with a 0-6 routing of Inter Miami, headlined by six different goal-scorers.

Following that game, the Catalan giants will be facing Real Madrid at the Allegiant Stadium as part of the pre-season tour in the USA. The Nevada-based stadium is expected to be sold out for El Clasico.

Ahead of the game, Barça Universal takes a look at how Xavi could experiment with his starting lineup.

Pierre-Emerick Aubameyang started the previous friendly, but could be benched by Robert Lewandowski against Madrid. It would be an excellent game for the striker to win over the fans immediately.

On the left-wing, Ansu Fati is expected to be replaced by Memphis Depay, who scored a lovely goal against Inter Miami. On paper, he is probably the third-choice left-winger/striker, but has the chance to impress the coaching staff during pre-season.

Finally, new signing Raphinha will make way for Ousmane Dembele on the right-wing. The Frenchman also scored during the last game, and will hope to build on the same against Madrid.

Frenkie de Jong is expected to get the nod in midfield tomorrow, hoping to turn around his situation and convince Xavi that he does in fact, deserve to stay at the club, and in a starting capacity no less.

Sergio Busquets and Gavi round off the midfield as the defensive midfielder and left central midfielder respectively. Franck Kessie, Pedri, and Nico could likely get the nod off the bench.

The defence will see minimal rotation with not as many options present. Gerard Pique is still recovering from an injury, while Clement Lenglet has already departed for Tottenham Hotspur.

In all likelihood, we will see Eric Garcia don the Blaugrana alongside Ronald Araujo in the heart of the four-man defence. Sergino Dest will pave the way for Sergi Roberto at right-back, while Jordi Alba comes into his natural left-back role.

Marc-Andre ter Stegen will retain his spot as the goalkeeper, even though the entire team is expected to be shuffled at either half-time or the one-hour mark.

There will essentially be an entirely new eleven on the pitch for the second half, starting with Neto in goal. Dest will likely come on Roberto, while Alejandro Balde takes Alba’s place at left-back.

Andreas Christensen will almost definitely come on, alongside fellow new players Franck Kessie and Raphinha. The Dane will play as the centre-back, while the other two slot in at central midfield and right-wing respectively.

Alex Collado got just ten minutes of game-time against Miami and could be in for a longer shot against Madrid. Pablo Torre and Nico Gonzalez are the other midfielders that could come in at the break.

Other than these nine, we cannot rule out time for Barça Atletic youngsters like Marc Casado and Mika Marmol. Ansu Fati, Ez Abde, Ferran Torres, and Aubameyang could be in the mix as well.