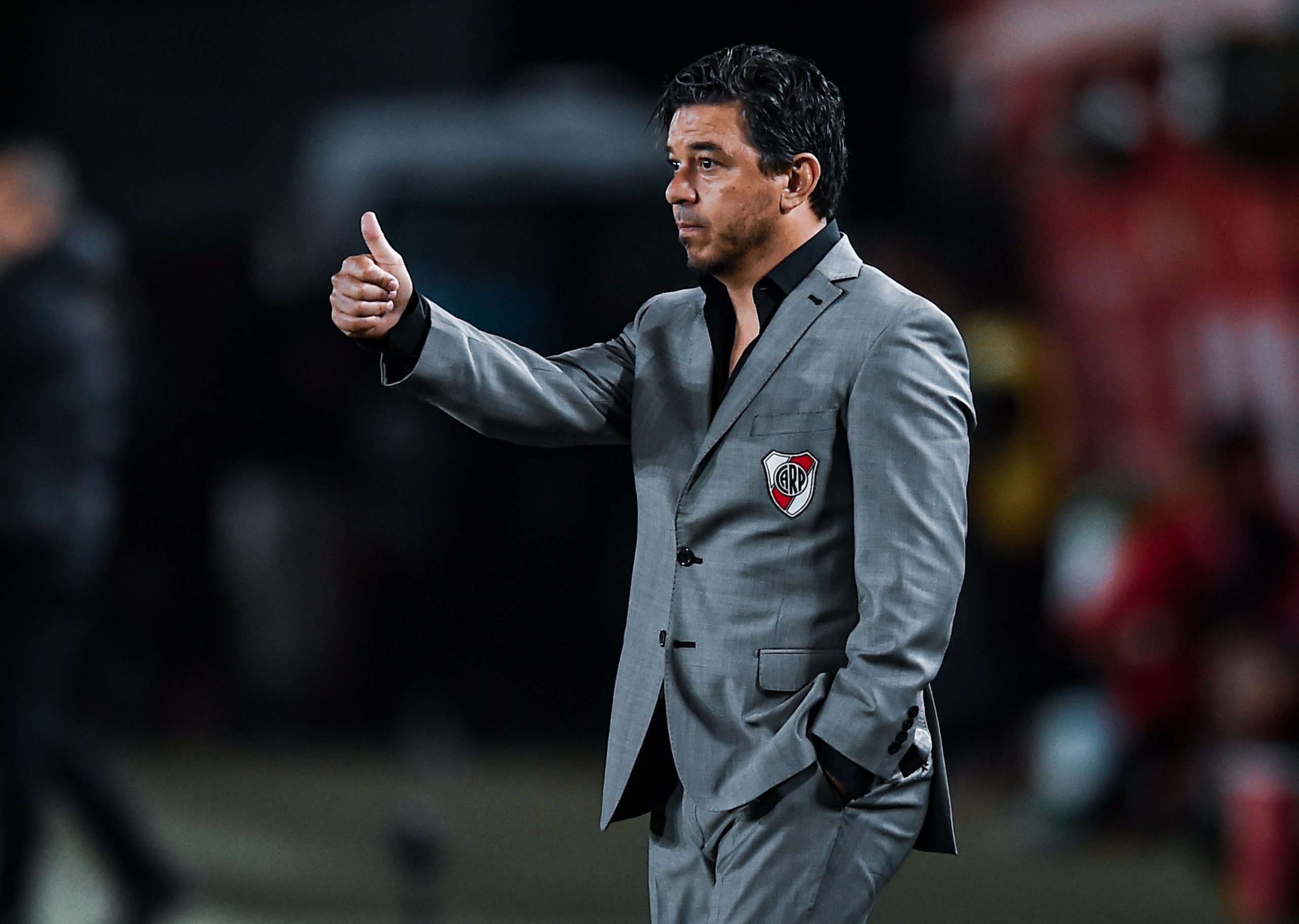 There is a fine balance between showing faith towards a struggling football manager and knowing when the manager is approaching the point of no return. This is a decision that the board or the president must take. And that is just what has happened at Barcelona.

Following in Chelsea’s footsteps after they sacked Frank Lampard to bring Thomas Tuchel on board en-route to a Champions League crown, the Catalans have parted ways with the divisive figure that is Ronald Koeman.

Recent reports have linked many coaches to the job, but Xavi Hernandez’s name does not leave the front pages of Spanish media in recent days, with multiple credible sources confirming that he is closer than ever to a Barcelona return. A piece of news that has been largely met with excitement and impatience interspersed with slight doubt.

In contrast to these very decorated ex-players with little proven managerial pedigree, another name has been lurking, and not for the first time. Someone who has proven himself to be a world-class manager many times over, becoming one of the best managers in the history of Argentine football; Marcelo Gallardo.

And until Xavi himself puts pen to paper, it would only be fair to keep all options open to debate, and to give Gallardo the recognition he deserves regardless of whether or not he ends up at Barcelona.

“It’s very simple. He [Napoleon] was a military man who convinced his troops of the combat strategy they had to carry out. And that’s how Marcelo is. The players take to the field convinced of the plan. Afterwards, it may go right or wrong, but they believe him”

From being nicknamed ‘El Muneco’ (the doll), to being nicknamed Napoleon, this chronology encompasses people’s first impressions of Gallardo and those after knowing him for a while. A very quiet, humble, but sincere student, Marcelo Gallardo was still a professional player when he completed his technical coaching course. His interest in coaching was apparent from the start. However, he went one step further.

The Argentine showed an incline towards group psychology, certainly influenced by his interactions with his managers as a player. A set of these interactions, specifically with Didier Deschamps, was the catalyst for Gallardo to leave Monaco to join River Plate. This falling out must have naturally affected him, positively in a way. Now, his relation with his players is such that it inspires loyalty and single-mindedness as apparent from D’Onofrio’s statement.

In terms of his managerial career, Gallardo didn’t take a break after his retirement as a player. Just days after retiring from the Nacional squad, he started coaching them. After managing at Nacional for 39 matches with a win percentage of almost 60%, he joined River Plate.

This is where the majority of his success came to light. Voted the fifth-best coach in the world in 2015 without even managing in Europe is a massive achievement. Gallardo followed this up with three consecutive South American Coach of the Year awards till 2020 even leading his team to victory in the Copa Libertadores twice.

Now, having managed more than 350 matches at River Plate, Gallardo’s win percentage of 52.66% with a goal difference of +302 suffices as a representation of his success and longevity.

It’s been established by now that Gallardo has achieved considerable success managing River Plate. But what has contributed to this?

Aside from tactics, one of Gallardo’s most impressive qualities is his ability to constantly innovate and take risks. A striking example of this is the hiring of Sandra Rossi. Sandra Rossi, a childhood River Plate fan, is the club’s assistant coach and ‘psychological trainer’. Hiring a female in a somewhat unestablished role that deals with the players’ psychology in such a male-dominated environment led many to believe she won’t survive for long.

Since 2014, she has been core to River Plate’s success. Gallardo’s interest in psychology must have made it clear to him just how important the players’ psyche is leading to this hire. Rossi’s unique but important role has led to her forming close bonds between the player.

“What also happens is that being a woman within a group of 50 men, my role has to deal with the feminine side. We spend several hours together, many of them could be my sons and the bond that we create allows me to know what is going on with them. If they are sad, if they are worried about something,” explained Gallardo.

This is a small change. Just a single hire, but it shows Gallardo’s passion and attention to detail. What makes this more impressive is that she was entirely a hire wanted by Gallardo and not someone the club recommended. Just a year and a half after Rossi and Gallardo met, she stepped into a crucial role and to great success.

Now that we have an outline of who Gallardo is and what drives him, let’s examine how he goes about doing this on the pitch.

At River Plate, many key players leave the club either to develop or try their hand out in new environments as with most clubs. This calls for a lot of flexibility and tweaks from the manager. The general formation, though, has been a 4-1-2-1-2 (similar to a 4-4-2 diamond), but since the departure of Palacios, a 3-5-2 has been observed often. Apart from this, a 4-2-2-2 is seen in and out of transitions as well.

Regardless of the formation, the general game plan has been the same. When you watch River Plate play, it becomes clear why Pep Guardiola and Leo Messi think so highly of this South American coach. The foundations of positional play are core to his setup. The team will look to build up from the back.

They will look to progress centrally with the full-backs in attacking roles and wingers providing width. There is a sort of ease with which River Plate play out from the back. This can be attributed to two things. Firstly, the cohesion and chemistry between the players is very strong. Secondly, Gallardo prefers playing out from the back, but he doesn’t limit his team to it.

There is constant movement up the field as players drop in and out of space. There is no pressure on the defenders and goalkeeper to force short passes and avoid long passes at all costs. Instead of enforcing short passing which often leads to players panicking and playing inaccurate long passes, the flexibility to choose the latter is very useful.

In fact, flexibility is a recurring theme we see in Gallardo’s teams. Considering the 4-4-2 diamond or the 4-1-2-1-2, the amount of rotations and positional switches is significant. The full-backs are often deployed as wing-backs which is to be expected. But in midfield, apart from the single-pivot, the rest are constantly moving around. They do retain their roles, however.

A good example is the chemistry between Exequiel Palacios and Nicolas De La Cruz. The former can play almost anywhere in midfield whereas the latter does best in an attacking role or as a wide midfielder. However, he would often drop back as a central midfielder while Palacios would move up to spearhead the attack from midfield.

In attack, River Plate look to create superiorities in the final third to sustain the attack. The full-backs push forward and the midfielders (three of them if it is a midfield four) occupy separate vertical channels. In a 4-2-2-2, the attacking midfielders will need to cover a lot of ground.

This is because when the front two attack, the attacking midfielders will look to occupy the channels between them. The intention behind this is to pick up any loose balls and recycle attacking play. Though this scenario pertains to the 4-2-2-2, in most of Gallardo’s formations, the midfielders will find spaces in the central areas or half channels just behind the front two.

The front two spearhead the attack and Gallardo demands great chemistry from them. Though he prefers a more physical presence along with a tireless runner, the strikers’ performance is proportional to their positional intelligence in the majority of cases. This is because the full-backs and midfielders regularly take part in the attack leading to a lot of players in the final third which means taking up good positions is key.

On losing the ball, River Plate immediately counter-press and look to win the ball high up the field. There is a certain visible urgency when they do this. However, this is an aspect that needs improvement. Lack of good synchronization and timing means the players have to impose themselves physically at times.

River Plate’s defense is reliant on forcing the opposition out wide and winning the ball as quickly as possible if they do attack centrally. In defense, if four defenders are deployed the single pivot will drop back to provide cover. And if five defenders are deployed, the central defender will often try to win the ball actively as soon as the opposition reach the final third.

The full-backs aren’t exempted from defensive duties in any way. They have to join the defensive line and make sure they chase down the opposition’s wide attackers. This often leads to a 5-3-2 in a compact shape when defending or even a 5-4-1 can be seen during the transitions since the pressing includes the two strikers as well.

Barcelona are in a unique position right now to say the least. They have their eye on Xavi for the long-term project, with Sergi Barjuan stepping in as interim boss until the former signs his contract, possibly some time in November.

But let’s entertain the possibility of Marcelo Gallardo for a minute. This is a highly decorated manager with a lot of experience in playing exactly the way Barcelona want to play but with a squad that is significantly technically inferior. His strongest suits are those of flexibility, innovation, and of course, getting results.

Coincidentally, all three are desperately needed by Barcelona. With little money to spend and a squad with many players underperforming and almost no options in some positions, innovation and flexibility are not negotiable. Something that Ronald Koeman has failed to grasp. As for getting results, the Catalans are in desperate need of that.

There is a lot of merit behind the idea of Xavi coaching the club, but there is at least as much, if not more, in appointing Gallardo as the coach. This would not only be a shrewd choice on Laporta’s part, but it is also one that is risk-free or at least as risk-free as it can be with a squad and recruitment like Barcelona’s.

The biggest risk remains the one of their current season entirely falling apart. Barcelona are already facing an uphill battle to make it out of their Champions League group and struggling massively in the league.

Gallardo’s contract with River Plate runs till December and Barjuan is already thrust into a spell of crucial games for Barcelona where slip-ups are unaffordable, but highly likely. If there was a way to bring Marcelo Gallardo in sooner, he would have been an ideal appointment, but such is football. Never an easy way out.