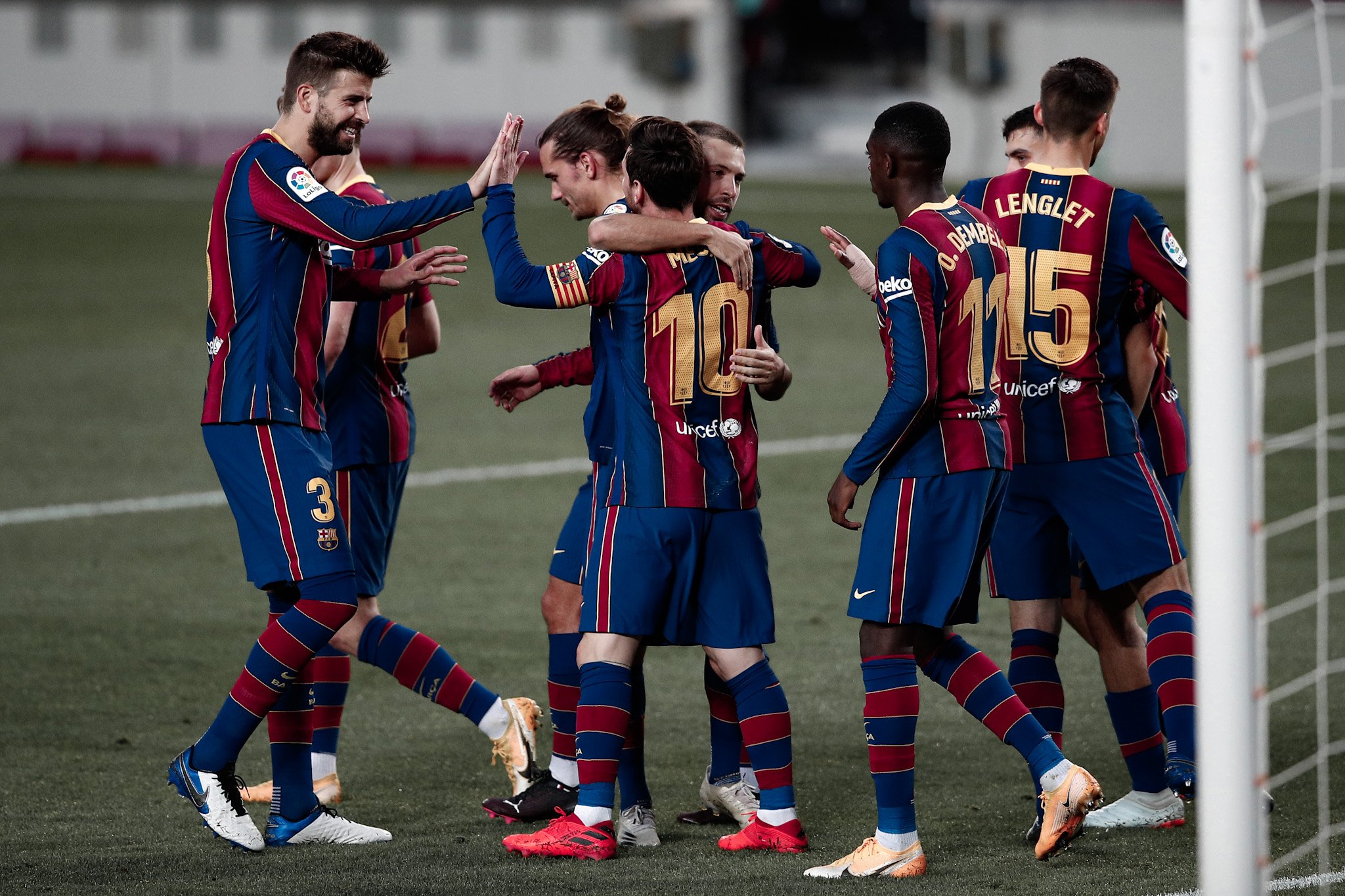 Another Barcelona vs Real Betis fixture that was a high scorer. The hosts had clearly listened to Ronald Koeman’s words after the Dynamo Kyiv game. The manager was looking for a much more enthusiastic performance and better finishing. The Catalans certainly delivered as they looked fresher and scored five goals – the most they have achieved in the league this season.

The match felt like watching a vintage Barça side again as they moved the ball well and played at a high tempo. Giving Lionel Messi the first-half to rest worked well for the Blaugrana. He came on and completely changed the dynamic of the game and scored his first open play goal of the season brilliantly.

However, there are still areas where the Spanish giants need to improve. They still miss that clinical touch as too many opportunities were not taken. In the first period especially, several clear cut chances were missed. At the other end of the pitch, the defence was, again, too lightweight, and Real Betis managed to break through too easily. This needs to improve if Barcelona want to win trophies. A team that does not take their chances consistently, and has a weak defence, is not going to be successful.

Frenkie de Jong had one of his best performances of the season against Real Betis. The midfielder was everywhere on the pitch, helping out both defensively and in the attack. Culés witnessed the best version of de Jong, who showed how talented he really is.

The Dutchman is able to drive from deep areas and quickly move his team forward. Several times he broke through Los Verdiblancos press with ease by running with the ball. The 23-year-old also controlled the tempo of the match, and his passing was superb, picking the correct options and looking to progress the game.

Defensively, de Jong covered the ground and helped his team all over the park. He was pressing the opposition high up the field and also sprinting back to help the defence. The former Ajax midfielder read the situations perfectly and knew where to position himself on the pitch. The most impressive attribute is his athleticism and ability to do things at such a quick pace, whether it is passing the ball, running with it or pressing his opponents. It was a fantastic display from Barcelona’s number 21.

As unbalanced as it could be

Barcelona hosted Real Betis at the Camp Nou to make amends with their demons. The Catalans’ showing in the last few weeks have been more than disappointing on both ends of the pitch. At home to Betis, Barcelona got one aspect of their game right while abandoning the defensive side of football.

Sergi Roberto let his teammates down massively, and the two Betis goals come from his side. However, in the attack, the team was outstanding. Granted the second half showcased a lot of poor finishing, especially as Antoine Griezmann missed his penalty. Coincidentally, the team started being more clinical when Lionel Messi came on.

Playing against Betis’ blistering pace isn’t easy, but Barça knew how to tame the beast. They made the Verdiblancos defend on the backfoot. Players like Ousmane Dembélé or Ansu Fati made the defenders have a torrid night in the first half, coupled with Messi proving to be Betis’ nightmare in the second.

Overall, that’s a decent performance from the Catalans. However, they still have to show more understanding at the back. This win is crucial for Barcelona’s season as it ends the run of winless fixtures to start La Liga. Hopefully, against Atletico Madrid on the 21st of November Barça can show more tactical awareness in the defence.

Dembele with a thunderbolt to start the game. (Photo by Eric Alonso/Getty Images)

After a few quieter games, Ousmane Dembélé came to life against Betis. The winger had made the afternoon miserable for the Andalusian outfit. He was the biggest threat in the first half, and every time he got the ball Culés prepared for magic. The magic came in the 22nd minute. The French winger strayed wide before his friend Antoine Griezmann’s brilliant pass came his way. Dembélé waited, made his trademark crochet and scored with his left foot.

It’s baffling to see that the French winger has scored 11 goals with his left and another 11 with his right for Barcelona, showcasing his ability to use both feet. Dembélé’s impact did not end there as his blocked shot could’ve ended in a brace for him. Aïssa Mandi blocked it with his hand, and Barça won a penalty.

Now, after such brilliant performances, and Fati’s injury, Dembélé must have cemented his place as a starter for Barcelona. The Frenchman is a threat going forward and, hopefully, the injuries will not come back.

Barcelona started the game well, creating several opportunities on goal. As seen in several previous games, Barça’s frontline continued to miss golden opportunities. It took a tremendous effort from Ousmane Dembèlè to finally open the scoring. Whilst the forwards were constantly breaking through Betis’ defence, the backline remained shaky as ever.

Sergi Roberto’s flank looked vulnerable, and it was from this side that Los Verdiblancos pulled one back just before the break. The introduction of Lionel Messi changed the dynamic of the game, and the Blaugrana had another goal to their name just four minutes after the restart.

Magical moments from Messi ultimately turned the game in Barça’s favour with the Azulgranas running out 5-2 winners at the Camp Nou. On one hand, the attack finally seems to have converted the opportunities, but on the other hand, the team is poor in defence. A balanced performance is much needed.

Benched for the match, Lionel Messi proved all of his critics wrong once again. He scored a double including his first goal from open play. Additionally, he was involved in all four of the goals with his surreal dummy for Griezmann’s goal, demonstrating his genius once again.

Messi injected confidence and prowess into the squad. He continued to wreak havoc in the final third and even bagged a third goal, though it was disallowed for an offside call during the buildup.

Honourable mentions go to Ousmane Dembélé however, with Frenchman repaying Ronald Koeman’s faith by scoring a screamer for the opener as well as winning the second penalty and the subsequent red card. He is terrorizing opposition defences once again with his pace and skill and is starting to look like the man Barcelona paid big bucks for.