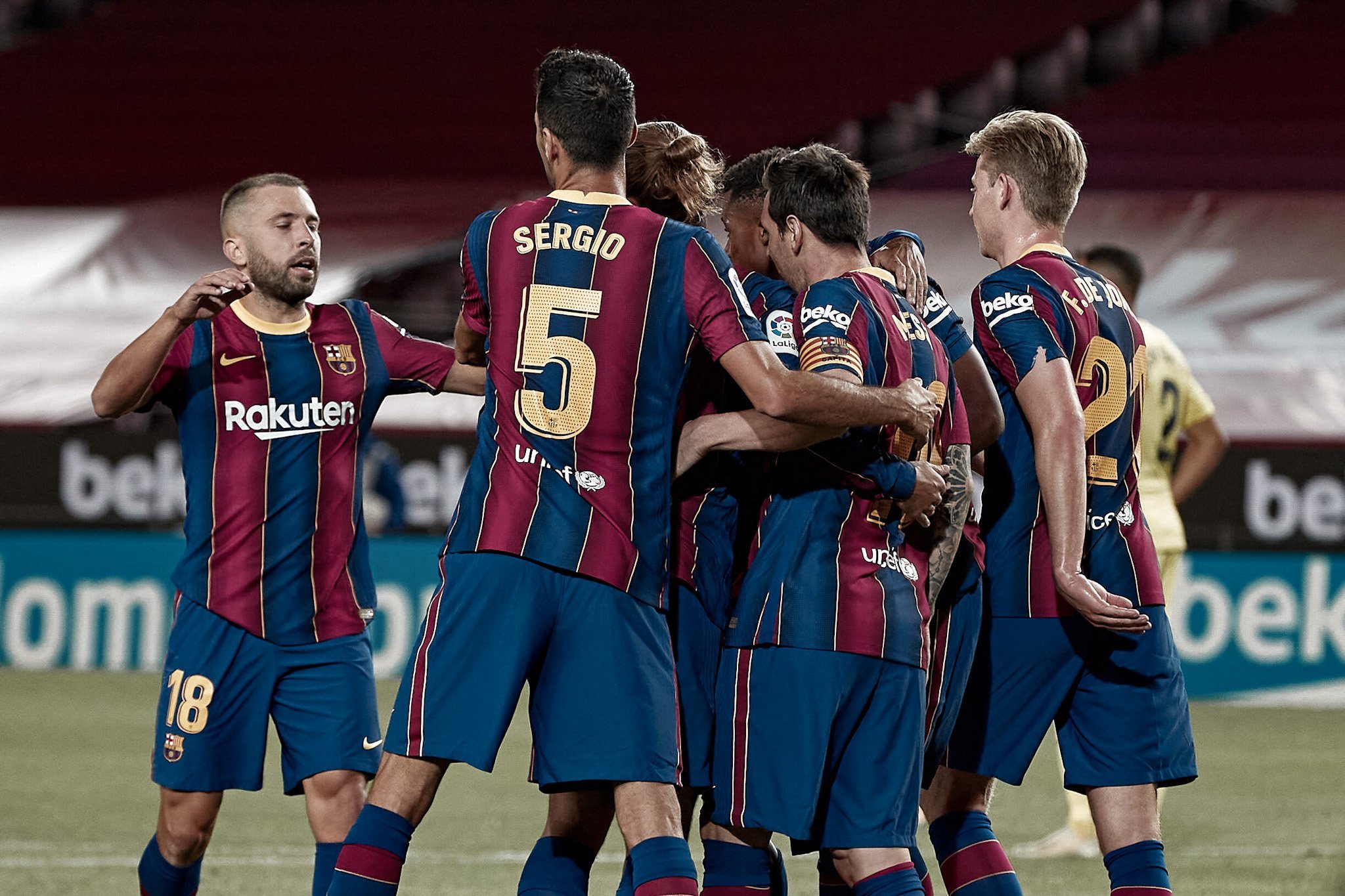 Barcelona managed to get their first win of the season against Villarreal. Our editors share their perspectives on the game, and choose their man of the match.

Barcelona has begun the new season well. In a league season where each team plays thirty-eight matches, across a period of eight or nine months, beginning well doesn’t always count for much. However, when one takes into consideration the circumstances that this team had to maneuver through in the run-up to this game and this new season, it is more than obvious that the four-nil victory last night was anything but an easy feat; that too against Villareal, who finished fifth in the league table last season.

The team has had a good pre-season, in which the new manager Ronald Koeman tried to bring in a different formation. However, there has been a cloud of pessimism altogether even as the new La Liga season was underway. One of the major concerns was with regard to the attempted rebuild of the squad. The club has already let go of a few stalwarts. Even as most of these departures were necessary both in terms of the sporting project and the financial situation, there was one important question being thrown about – how would they replace the thirty plus goals that Luis Suarez and Arturo Vidal contributed last season. As it turns out, indications are that they already have the players to do just that.

Barcelona dominated the game yesterday and in doing so, they also brought back two important elements that have been uncharacteristically missing from their gameplay for the last two seasons. Firstly, there have been several instances in the recent past where they led by a couple of goals only to take their foot off the pedal and concede points at the end of the day. Yesterday, they were ahead by two goals within twenty minutes. And then, rather than slowing down, they went on to double that lead by the end of the first half. Another important factor was the number of available players involved in the offensive moves. At any given offensive move, including the counter-attacks, there were plenty of Blaugrana shirts available as options. Koeman’s modified formation passed its first test, quite successfully.

The biggest take away from this match, in my opinion, is the fact that it afforded good playing time to young debutants Francisco Trincao and Pedri – both of whom made the most of the opportunity. Barca might go ahead and reinforce their squad further in the few days that remain in the transfer window – they need to, especially in the defense. But make no mistake; there is enough talent in this squad already to make it an exciting season.

It was predicted to be a closely fought game. But two classy finishes from the young Spaniard all but killed the game within twenty minutes. Fati’s finishing was stellar – the first was a one-touch shot at the top corner, whereas the second a guided placement. Even the penalty that led to Barca’s third goal was actually won by a dribbling Fati, who was clipped down inside the box. Apart from the goals, Fati also made some key passes, including the beautiful lob that he gave to Messi in the 49th minute, from a close-range, above two defenders. With the most number of completed dribbles in the game (3), and a solid 10 touches inside the opponents’ box, Fati celebrated his official promotion to the first team in style. The ceiling is high for this kid and he has a long way to go, but it does look like he is on the right path.

Unexpectedly pleasing start to the campaign
by Prajas Naik

Ronald Koeman’s first official game as a Barça manager went off to a flying a start with the team 4-0 up by the time they reached half time. There was more intensity in the team pressing than that seen under both Ernesto Valverde and Quique Setien. Everyone was giving their level best and the team played brilliantly. The team looked confident going forward and the transitions were simple and fluid. But the right side did not see much of the ball, and this could be a major cause for concern if the arrival of Dest fails to go through.

The team dropped off in the second half but were it not for Asenjo, the Blaugrana could easily have scored more. Even though its too early to judge, the signs were very positive and it feels like then the attack is somewhat rejuvenated with all of the options the team has. But the defense continues to be a grey area and despite a good performance from both center halves, you can’t help but feel like some better finishing could have made the game a tighter affair.

Who else can it be? The seventeen-year-old prodigy ran riots down that left flank alongside a revived Jordi Alba. Always looking extremely confident on the ball, Ansu showed maturity and calmness well beyond his age. Many questioned how Barcelona will cope with the departure of Luis Suarez, but if Ansu continues to perform at this level, the future is indeed very bright.