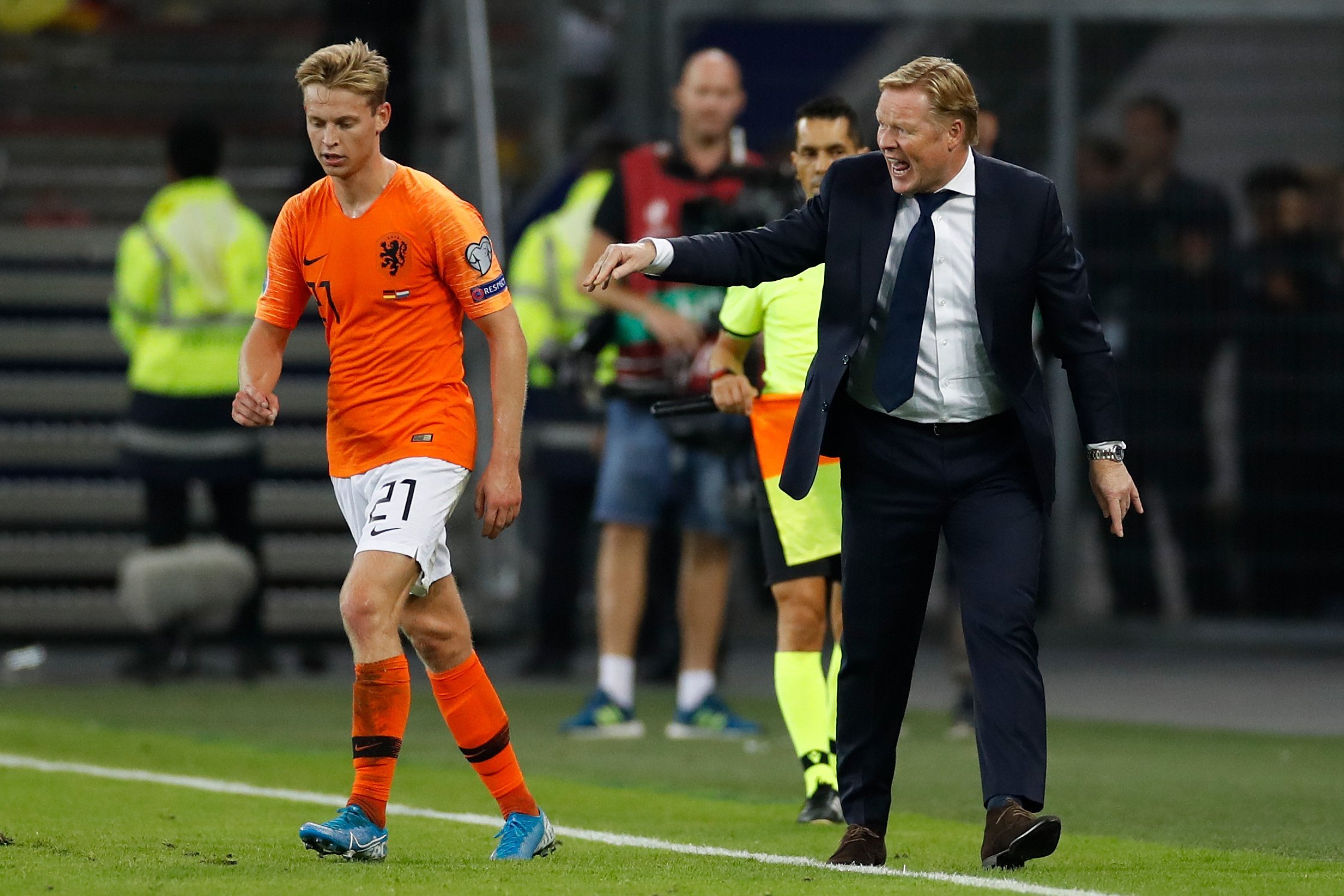 If someone knows what it’s like to work under Ronald Koeman then it’s certainly Frenkie de Jong. The Dutch duo know each other from their national team and now, they’re together again at Barcelona.

It’s also safe to say that Koeman has brought a lot of changes with him to Catalonia. The team is training harder and it’s showing on the pitch as well. However, the most impressive aspect of the new gaffer is the power that he possesses.

Recently, De Jong talked to UEFA about it and mentioned how the Dutchman is clear with his instructions and in the way he communicates with his players.

“When he’s talking, you are listening to him because he has this authority, this power – I don’t know how to explain it – and, of course, he has a lot of knowledge about football because I think he understands the game and was a great player before. So, if he tries to teach you something, you’re listening.”

Of course, it helps that Koeman is also really knowledgeable about football so everyone is learning by listening to him. Similarly, De Jong says the communication between them two is excellent for that same reason.

“I think the communication between us, between the coach and me, is really good, and he tells [me] strictly what he demands from me in this position, and I think everything is really clear.”

As far as advice from the coach goes, it’s important not to fall into too many traps that Barcelona as a city has. With plenty of incredible food and opportunities to get lost in the excitement, it’s also easy to forget about football.

Koeman doesn’t want that to happen and is really strict in that regard.

“Koeman just told me I have to be careful, that I [shouldn’t] go to restaurants too much or eat too much because life is really good in Barcelona and sometimes you can feel like you’re on vacation the whole year. At the end of the day, football is the main part.”