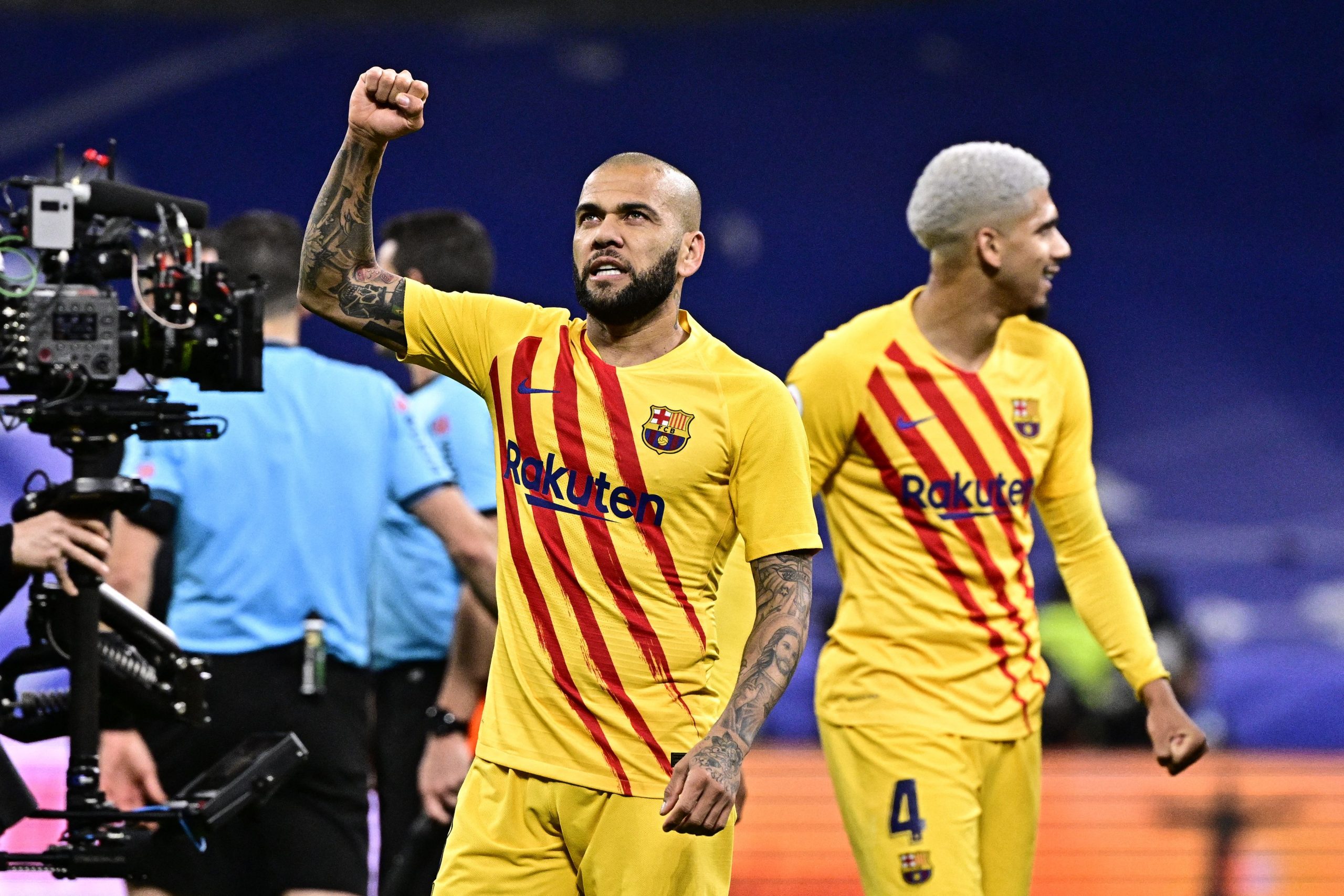 Veteran right-back Dani Alves was ecstatic about Barcelona’s 4-0 hammering of eternal rivals Real Madrid for their first El Clasico win in three years. On a wonderful night for the team, Alves was also celebrating reaching 400 official appearances for the club.

The Brazilian lauded the team’s display and urged them to keep their heads up and aim higher for the rest of the season. He was also grateful to the fans for their constant support.

Xavi’s men were superior in every area of the pitch and their mentality seemed stronger than ever before. They worked as a cohesive unit and outclassed their rivals with relative ease. Despite scoring four goals, Barcelona could have had even more, if it weren’t for some easy misses or solid saves from Thibaut Courtois.

Here is what Alves had to say about Barcelona’s dominant outing.

On the victory: “Winning at the Bernabéu is always a pleasure and doing so after so long makes it even more special.”

On reaching 400 games for the club: “Reaching 400 matches for this beautiful club is a privilege. I’m proud to be a Barça player. And I hope the fans are happy with what we offer.”

On fighting for the title: “Let’s dream. Let’s dream about winning La Liga. We’ll do everything we can.”

On which iconic Clasico win he prefers: “The 2-6, the 0-4 of 2015 or this 0-4? It’s difficult, winning here is always a pleasure and I wouldn’t choose but the one of the moment is always special.”