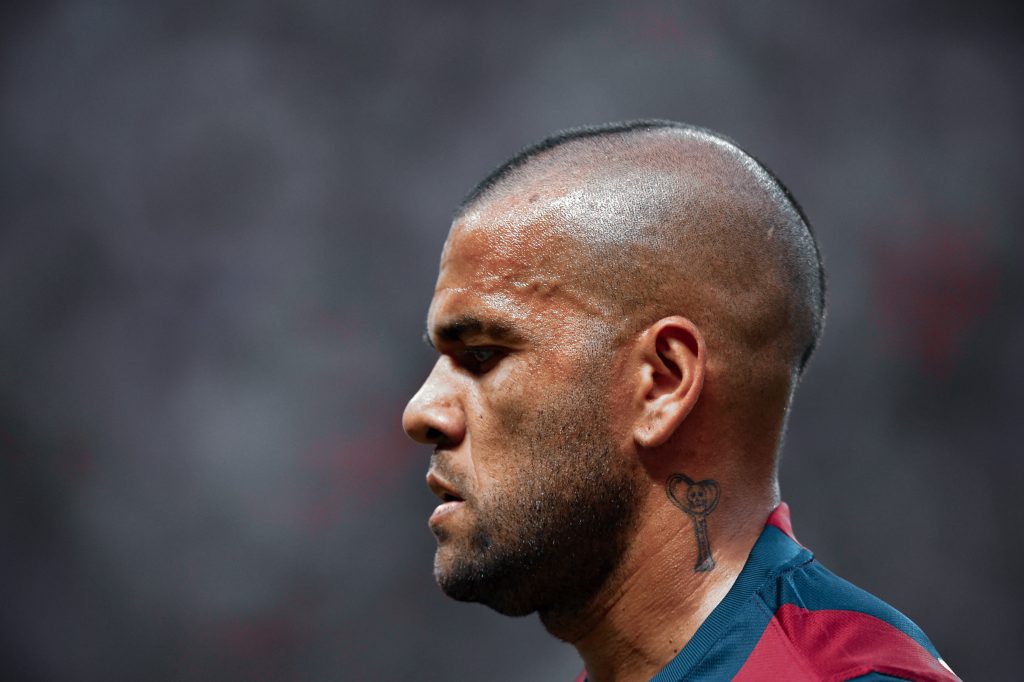 Barcelona legend Dani Alves held an interview with Rac1 this Thursday. The Brazilian full-back talked about his present, the club’s identity, his harsh treatment at the club, Dest being compared to himself, and plenty of more topics.

First, Alves shared his secret regarding his longevity. At 37, the defender is still going in Brazil and captained his country to a Copa America win in 2019. He works hard to achieve the goals he sets. He understands every aspect of what he has to do to keep performing.

“Age is just a number. When you know what you want and what you have to do, you can perform.”

The 37-year-old also shared his thoughts about Barcelona’s current philosophy. He stated that the club is straying away from their old ways as they now care more about business. Moreover, the Catalan giants have lost their identity for Alves. Big declarations from a club legend.

In recent years, the Catalan giants have gone against their own ways. They have bought players left, right and centre and have taken away all the confidence Culés had in La Masia. Alves knows how much the club thinks like a business nowadays and he reckons the process will be a long and hard one.

“Barça’s style is changing. The club has lost a little of its identity, and now it has to go through a hard process to recover it.”

Even with all these harsh words, Alves stays a Culé at heart. The legendary right-back opened up on Barça’s recent failures. The losses against Liverpool and Bayern pained him too. He still reckons that these blows have helped in showing the recent shady business the club has done.

“The defeats against Liverpool and Bayern were very painful, but they are occasional blows that show what’s going wrong.”

Towards the end, the man who wanted to give Eric Abidal part of his liver shed light about the board. The people who mistreated Alves have done some dodgy dealings recently. Alves went through his experience with the board, and he isn’t the first one to leave Camp Nou on a sour note. Alves’ statements only show how incompetent the people in power were.

“They wanted to get rid of me without even letting me know. When they couldn’t find a replacement, they came back running to me and offered me a renewal. I felt disrespected.”

These antics have led to Alves believing the board were “f*cking themselves* to repeat his own words. While Bartomeu was a problem for Alves, he still had people he could consult. The board is an institution; all the blame can not be aimed at Bartomeu only.

“I won’t target anyone specifically, but I believe the board were fu*king themselves. Maybe Bartomeu was ill-advised. I’m not saying it is all his fault.”

Now, what makes the board’s shenanigans heart-wrenching was the fact that Alves would’ve stayed. If the board cared about him, the 37-year-old would have stayed and helped his beloved side. He still loves the club and he feels like it is his home.

“I offered to return to Barça. I went to Juve to show that I still had the ability; I wanted to go back, and Barça needed me. I would have come for free, but they didn’t have balls to admit they were wrong.”

This quote shows how much Alves loves the club. Offering to go back there, to the people who have disrespected him, after guiding his side to a Champions League final? That would have been heroic. Sadly, the board’s ego got in the way.

“I always have it in mind that someday, somehow, I will return to Barça. It’s a club I love, my home and where I want to live. I’ll be back even if as a fan. I’m sure.”

A return of Dani Alves, as part of the coaching staff or anything else, would not hurt anyone. The Brazilian was one of the smartest people on the pitch. Maybe he can be an astute man off it too.

“Sergiño Dest has a lot of potential and quality to succeed at Barça, but I don’t like to make comparisons. It happened to me with Cafú… They don’t make sense.”

“If I have to give Dest advice, it’s very simple: pass the ball to Messi!”

Sergiño Dest is a superb signing at right-back. The American’s potential is undeniable. Comparing him to anyone would hamper his development, and yes, passing to Lionel Messi is a great tactic.

Alves’ involvement with former and current Barcelona players does not end there. In fact, he tried to get more information when he learned about Neymar and Messi wanting to leave:

“All the players who leave Barça end up regretting leaving. I don’t know what he [Neymar] thinks now, but I would love for him to go back. When I found out he was leaving, I was going to tell him that no place would be like Barça, but he didn’t respond.”

“When they wanted to get rid of me, Messi said to me: ‘what better place is there than Barça?’. When I heard the news about him wanting to leave, I told him the same thing.”

Finally, Alves opened up about Messi. The defender praised the Argentine as he usually does. He went one step further now by thinking Messi’s decision to leave is a reasonable one. The Barcelona captain wanted to leave in the summer due to the lack of project. He got a lot of support from former colleagues, Alves completes the list:

“What Messi has done for Barça is so big that the stadium should be in his name.”

“Messi is Barça’s shield, but when you look at the disaster around him, then wanting to leave is understandable.”

Reading those statements by Alves is hard. The board never replaced him and Sergi Roberto took his place in 2017. Hopefully, now that Bartomeu has left, the club can finally breathe a bit and rebuild.