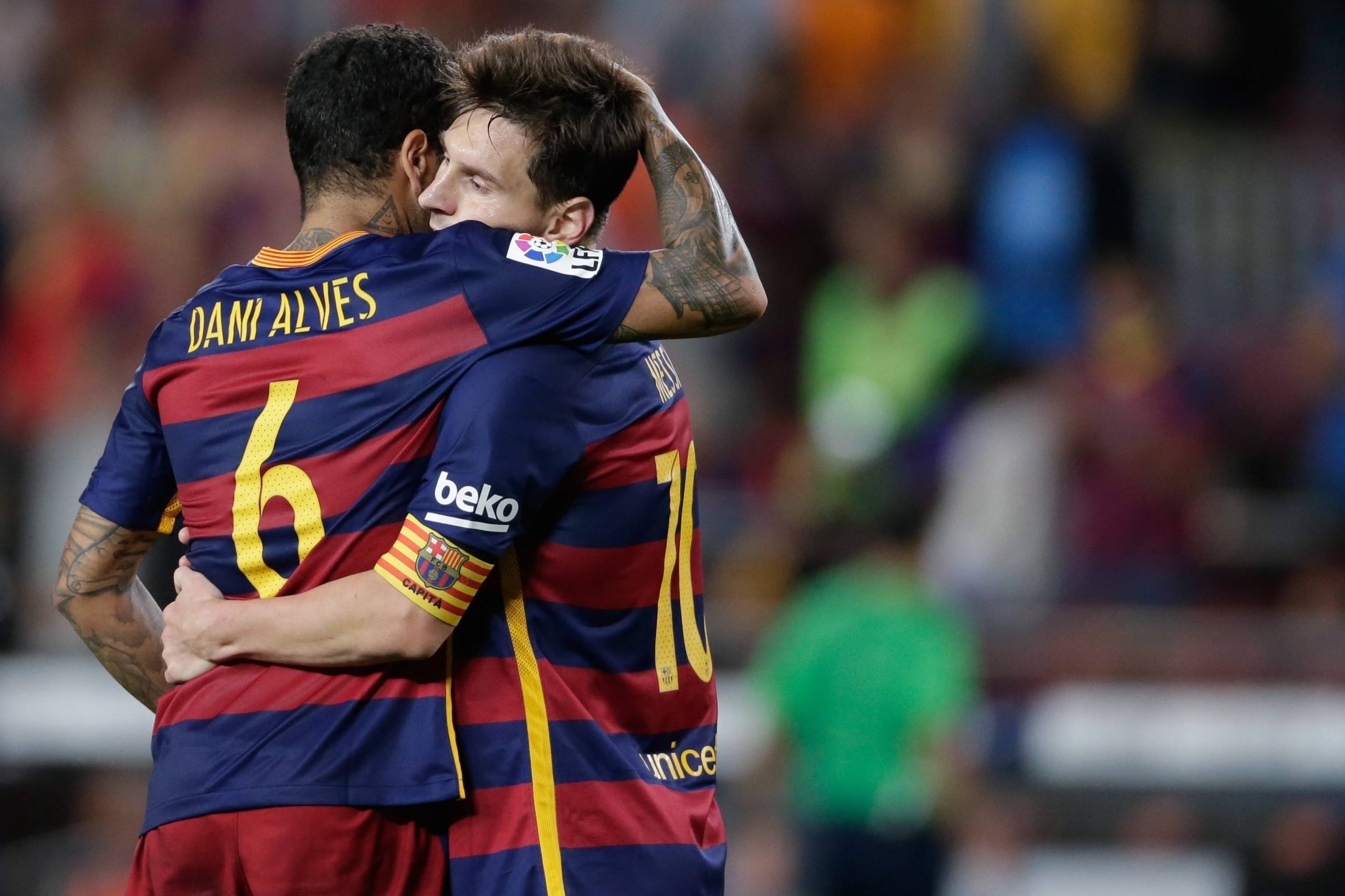 Dani Alves spoke about Lionel Messi’s exit from Barcelona after a wonderful twenty-year love story came abruptly to an end when Spanish league regulations and complications in their deal with CVC acted as immovable roadblocks in his renewal.

The former Barcelona right-back seemed very sad for the Argentine and for Barcelona, when he spoke to the press after winning the Olympic Gold after beating Spain in the final. Alves, at 38, kept on making history and adding to his ever-expanding title collection as the most-decorated player of all time.

When asked what he made of Messi’s departure, he replied: “I am very sorry for Messi and Barça. Now is not a good time for either side. I think Barça will not be the same because Barça with Messi is one thing, and Barça without Messi is another.”

Alves was also asked about whether he saw Messi wearing the shirt of PSG, where Alves played himself a few years ago, to which the Brazilian optimistically said yes. Paris is looking increasingly like Leo’s next destination, as negotiations have swiftly progressed regarding a transfer.

Messi will now hold a press conference at 12 PM CET today (the 8th of August), to talk all things regarding his departure. A flurry of farewell messages has come in from fans, teammates and colleagues ever since the news was made official. It looks like this is truly the end.