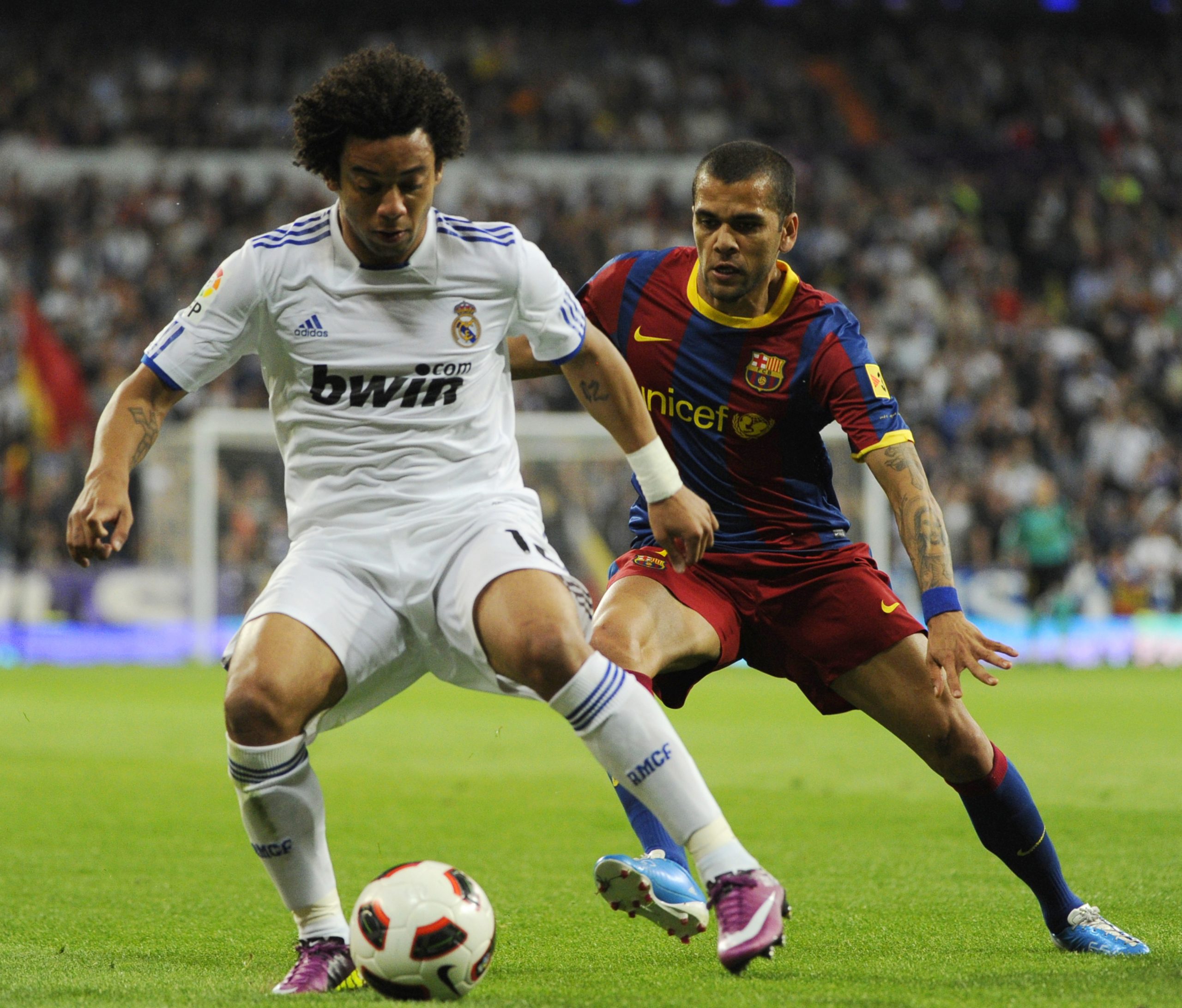 Former Barcelona right-back and Real Madrid left-back Marcelo shared a heartwarming moment on social media. The UEFA Champions League Twitter handle posted a picture of the Brazilian duo asking fans to reply with which of the two they preferred. Dani Alves and Marcelo both took the opportunity to complement each other.

The pair have always shared a wonderful relationship outside their rivalry when Dani Alves played for Barcelona. They were mainstays in the Brazilian national team in the fullback positions, playing 35 matches together for the national team. Aside from that, the two have also locked horns in some tight battles, going head-to-head on 24 occasions, 19 of them being El Clasicos.

Dani Alves and Marcelo are widely regarded as two of the greatest fullbacks of this generation, and possibly of all time. They have revolutionized the way football looks at attacking fullbacks and have been an instrumental part of a tactical revolution. And the pair know it as well. Dani Alves, coming across the UEFA Champions League tweet, was quick to respond with Marcelo’s name as a gesture of respect.

Marcelo no doubt was equally gracious, as he reciprocated by naming the Barcelona legend in his own tweet. A wonderful interaction that warmed both sets of fans, who are usually always at each other’s throats.

The iconic duo share a massive lot of 64 titles between them, with Alves racking up 41. The right-back is to this date the most decorated footballer in history in terms of trophies won. His left-footed contemporary has also enjoyed an illustrious career. But as the pair are nearing their twilights, both still share the same joy and enthusiasm for the beautiful game and the team spirit it embodies.