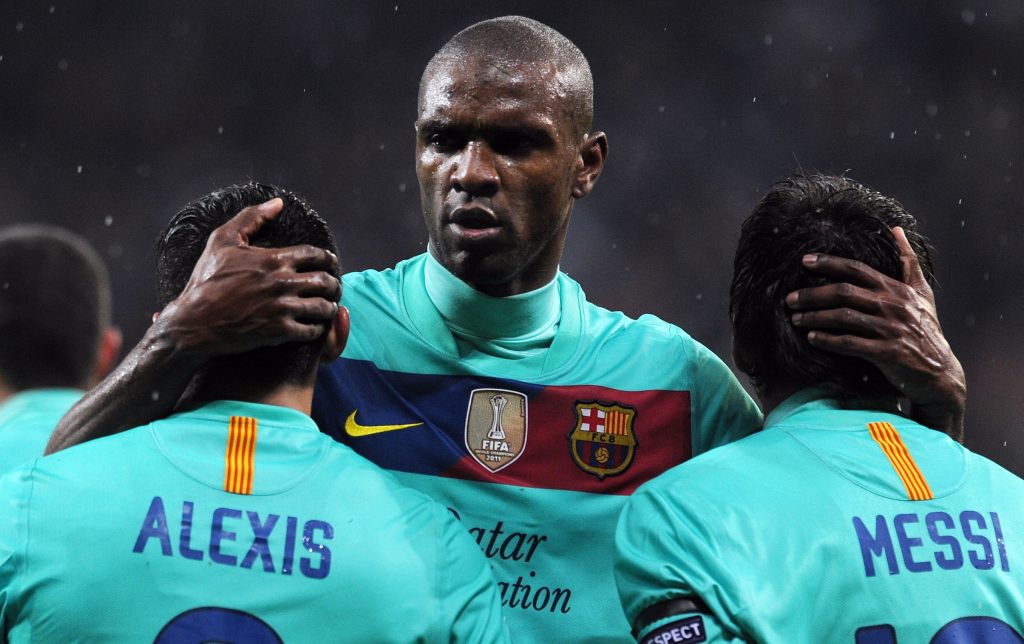 Don’t let poor decisions post-retirement, in joining Barto’s board, shadow a brilliant career defined by endurance and courage. Born in 1979, Abidal started at Monaco, but didn’t establish himself in the XI and moved to Lille, where he had two sensational campaigns.

In 2004 he accepted the offer from his hometown club Lyon, who were in the middle of a very successful era. There he won three consecutive Ligue 1s, being ever-present in that historic side. But, in 2007, the 27-year-old was ready for a new challenge: Barcelona bought him for €9m.

The Frenchman was a tenacious defender, and soon a vital and reliable piece of Rijkaard’s backline, featuring in 46 games in all competitions. Nonetheless, after a third-place finish in La Liga, Frank was replaced by Guardiola by the end of the 2007/08.

With Pep his playtime was reduced to 32 matches, as he had to share the minutes with Sylvinho. Even so, Éric was the starter in the bigger clashes, as Barça achieved a historic Treble and Sextuple. Sadly, he missed the 2009 Champions League final for a red card picked in the semis versus Chelsea.

In 2009/10, again, he had to compete with another Brazilian, Maxwell, who replaced the departing Sylvinho. Abi enjoyed only 31 appearances, but the next season would change his life. He became the number 1 starter, even acting regularly as a centre-back, but, in March 2011, the player was diagnosed with a tumor in his liver. Yet, after an emergency operation, he made a lightning-fast return, playing the full 90 minutes in the Champions League final at Wembley and lifting the trophy with the armband on after Puyol’s beautiful gesture.

Just 12 months after his initial operation, though, he had to undergo a liver transplant to rectify problems that remained. This ruled him out of competitive action for over a year, making his return in April 2013. He only made 5 apps that season, but won his fourth La Liga. That year Barça didn’t renew his contract, and he left to Monaco, later retiring at Olympiacos. But the athletic and industrious defender of Abidal had already set an example by winning many key battles, on and off the pitch.