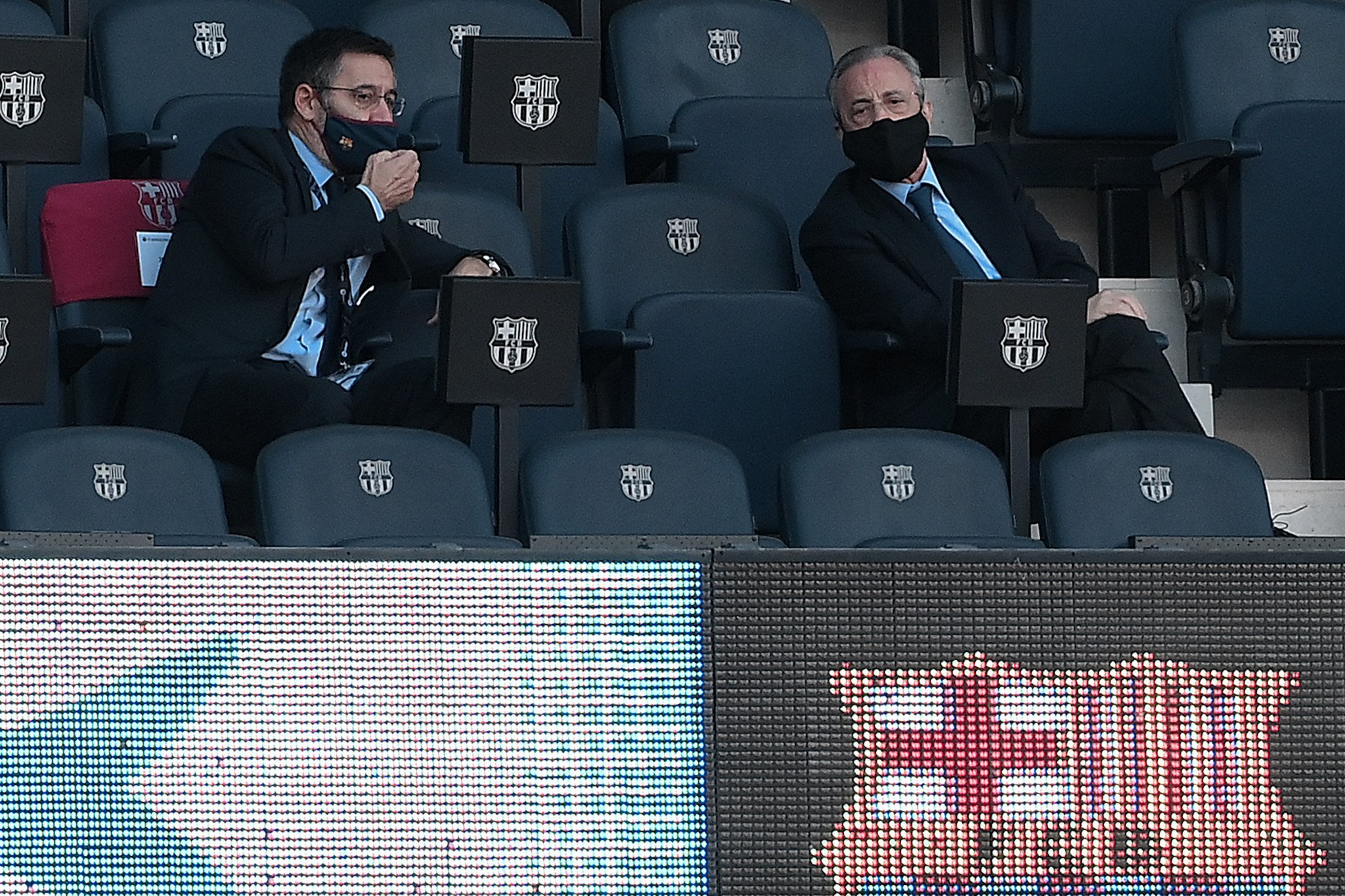 As things stand, it is only fair to say that Barcelona are deep in crisis mode, and possibly the worst period in the club’s history. Every year reeks new trouble for Barcelona fans as the club as the players, management and administration somehow manage to disappoint the Culés even further.

It started with the humiliation at the hands of Paolo Dybala at the Allianz Stadium in 2017, followed by AS Roma’s comeback in the Quarter Finals. And when Barcelona fans thought they had finally reached the destined land of the Champions League finals, they were humbled by Liverpool at Anfield who came back from a 3-0 loss in the first leg.

The cherry on this miserable cake, however, came when the Blaugrana had to make a trip to Lisbon to take on Bayern Munich, who juiced all morale out of the players as the game finished 8-2 to the eventual champions.

Gerard Pique called it ‘Rock Bottom’, and there could not have been a better way to describe it, because following that people associated with the club — including current and former players — could not hold the criticism any longer.

Immediately after the game, Pique called out for a change at the club, saying that he was not talking about the players alone. It was subtle, but it was enough to open the floodgates that started pouring out other issues. The first of these came when it was reported club captain and THE G.O.A.T. Lionel Messi wanted to leave the club.

Initially, football fans around the world passed it on as another rumour. However, soon after that, the ‘rumour’ started to catch fire like leftover gunpowder at the ranch. And his desire to leave the club became official when Jorge Messi arrived in Barcelona to discuss his son’s exit. If that wasn’t enough to break the hearts of Barca fans from around the world, their former captain Carles Puyol stuck the knife in, supporting Messi’s decision on Twitter.

After weeks of leaked paperwork, press releases, and stories by Fabrizio Romano, it was reported that the Argentine was going to stay, and talk about his decision in an interview by GOAL. Well, we call it an interview, when in fact it was Russian Roullete, except with all six bullets, all fired towards Josep Bartomeu and his board.

The club captain left no stone unturned and called out the board for being incompetent. He went on to say that they had no project and that everything was poorly planned. He also explained that his decision to leave the club is not a knee-jerk reaction that came after they were humbled by Bayern Munich in the UEFA Champions League Quarter-Finals, but a move he has been planning since the start of the season.

To make things worse, Luis Suarez did not hold back either after his move to Atletico Madrid was confirmed. He admitted that his family was hurt by the way his departure was handled and that they lacked respect in the process. Messi, who had already spoken out about the incompetence of the board, took another dig at them through his farewell post for Suarez on Instagram: “You deserved a send-off for what you are: one of the most important players in the club’s history, achieving important things both as a group and individually. And not get kicked out as they did. But the truth is, at this point, nothing surprises me anymore.”

Numerous superstars on the bench; average management, though. Photo by Alex Caparros/Getty Images

It took some time, but Gerard Pique also hit out at Bartomeu when asked about the i3 ventures scandal, saying, “It is a disgrace that they spent money to criticise us.” Ideally, it should and would have been the final nail in the coffin for the administration, but Bartomeu confronted the press yesterday after their board meeting, saying that he no reason to resign.

Apart from this, the club has also seen additional internal ambivalence in the form of the proposed salary cuts, which most of the players have disagreed to. As the club’s financial situation continues to fall into a shambolic void, they might have to force this decision, which will create further disruption in the dressing room.

Sportspersons are often required to pick themselves up, dust themselves off, and continue going head-first into the most gruelling scenarios. Sport is not always a bed of roses.

Well, Barcelona has gone through the same for three years now. The AS Roma comeback hit the team like a bus they did not see coming, but matters were made worse after the team suffered the same fate against Liverpool. The after-effects of the same were seen as the team started to lose morale in big games, and often crumbling against a stronger team.

Ernesto Valverde’s 2017/18 team earned the reputation of securing points time and time again from losing positions. However, last season was the opposite, as they failed to stamp their victory despite leading games.

The game against Bayern Munich, while a tactical failure, was also the product of a broken team within the broken system. Messi’s 40 goal contributions meant nothing as they suffered their second trophyless season in the decade.

The team is in transition right now with Ronald Koeman leading the charge. The season started off perfectly but has taken a sharp right now with Barcelona dropping points against Sevilla, Getafe, and the worst of the lot – in the El Clasico. The game showed the manager’s substandard game management as the player’s knife-struck morale as they failed to overturn a one-goal deficit for 30 minutes.

Ronald Koeman came to Barcelona with a clear plan of how he wanted his team to play — offensive football with the use of purposeful possession. He also had pre-decided how he wanted to implement this — through the 4-2-3-1. In most cases, a new coach with a cloudless strategy would serve confidence, but it looks like in the process of implementing his ideas, Koeman has let go of any form of pragmaticism one would expect from the coach of a top team.

The 4-2-3-1, without proper alterations – like the one made by Mauricio Pochettino at Tottenham Hotspur or Hansi-Dieter Flick at Bayern Munich – remains an archaic setup that will provide a lot of turbulence to the defence. Philippe Coutinho may be on his way to returning to his best form, but it comes at the cost of two other superstars in the form of Lionel Messi and Antoine Griezmann.

Messi is no longer the focal point of the attack, and while there are members ready to share his creative burden, it leaves the team without a target man in the attack. The gaping hole, which on paper is the six-time Ballon d’Or winner’s position, is not exploited. This makes defending all too easy for the opposition as there is no-one to pin them.

Messi’s struggles are coming from more than just psychological challenges; they are tactical as well. Photo by LLUIS GENE/AFP via Getty Images

Consequently, the Argentine’s form seems to have taken a massive hit as well. We can argue that it is because he is no longer attached to the team, but the until the tactical setup remains the way it is, we will likely see no change. As it stands, Messi has scored just two goals in six appearances for the Garnet and Blue, both of them coming from the penalty spot.

Griezmann, on the other hand, is the latest victim in the long line of players who like playing centrally but are forced to ply their trade out wide. The Koeman system has a clear position for Griezmann in the 4-2-3-1, as the attacking midfielder, but in the presence of Coutinho, the World Cup winner is being forced to play on the right. Before this season, Griezmann had played on the right only 25 times in his career, scoring nine goals and registering two assists.

Based on capabilities alone, Griezmann is arguably the second most talented forward in the squad, and it is not the smartest idea to not make the best use of his prime years. Coutinho can serve as his deputy, and benefit from the five substitute rule.

As for Pedri, as good as he is has more than a decade of football ahead of him and needs to be groomed correctly so he can reach the level he has shown through his potential. He can act as a super-sub, or for the time being, act as a starter in Cup games or less important fixtures.