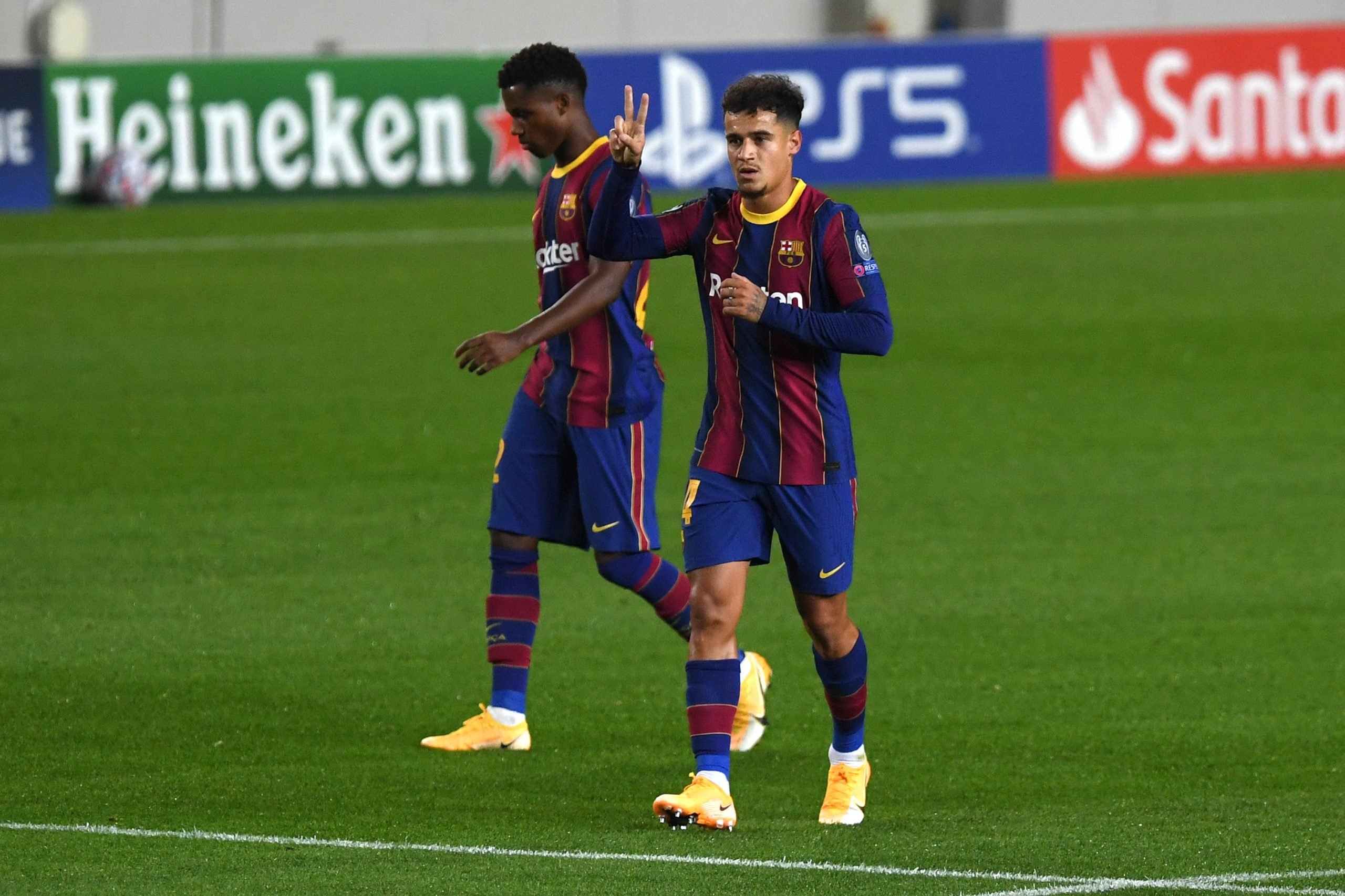 Philippe Coutinho went down with an injury against Real Madrid. Since then, the Brazilian has not featured in any game. After missing a month of football, AS reports the midfielder looks ready to come back to the field.

The 28-year-old has been training with the squad, along with the players not called up for international duty. Currently, it looks like Ronald Koeman will include his player in his squad to play Atletico Madrid on the 21st. After Ansu Fati‘s and Sergio Busquets‘ injuries that have occurred in the past few weeks, Coutinho’s return is a relief.

The Brazilian has been on form this year, scoring twice and assisting two more goals. In the games he has played, Coutinho has drastically improved compared to his first spell at Camp Nou. A superb player on his day, Coutinho will help alleviate the pressure on Koeman to find a replacement for Fati.