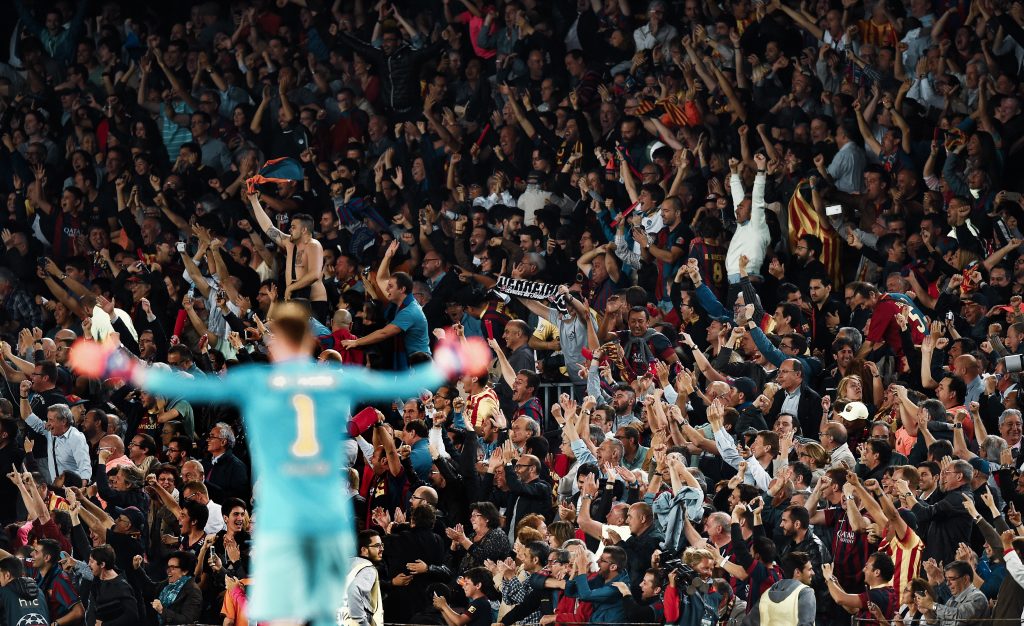 The hype for the upcoming Barça vs Bayern clash refuses to die down. Several provocative statements have been made in just the past two days. With Barcelona being unanimously labelled the underdogs, could it actually work in their favor?

Underdogs. A term used to describe a side that is thought to have little to no chance of winning a contest. Certainly, not a term one would associate with a European giant like Barça. Heading into Friday night’s clash against Bayern Munich, however, it seems to be accepted that Barcelona are the underdogs. Football pundits across the globe, fans of both sides, and various influential figures of the German club, seem to have overlooked the blaugranas alike.

“Obviously Barcelona have the quality to play at their best in this game. But I believe Bayern would have to make a lot of bad mistakes to lose to this Barcelona team”

Lothar Matthäus
ahead of Friday’s clash

It might not be wrong to consider Barcelona’s chances as minimal. The team have brought it upon themselves. The play has looked disjointed throughout the season. Nobody has stepped up to grab responsibility other than Lionel Messi. The team has run on individual excellence and rarely, if ever, on teamwork. The side Barça face, however, is one of the most cohesive sides in Europe. A team with a resilient defence and a dynamic attack. With Robert Lewandowski having a career-best season, things just get more complicated.

Is it so bad for Barcelona to be underdogs?

Heading into a decisive clash expectation-free might just about be the best thing that could happen for Barcelona. The whole world has seen the club go down meekly against Roma and Liverpool despite being in the driving seat. Heading into both games as firm favourites, the players crumbled under the pressure. They struggled to hold on to the ball and made loose passes. The full-backs caved in, the defence panicked, and even the goalkeeper did not hold up. That is what pressure can do, even to the professionals. It is a factor that can make even the most confident players doubt themselves.

Whilst Barça struggle to perform when the nerves get to them, things look different for the forthcoming clash. Losing the match might not be considered a disappointment for the Catalans, because it is something that many expect. The betting odds for a Spanish victory stand as long as +3.40, as opposed to the +1.95 given to Bayern Munich. The pressure off their shoulders might just be a whiff of fresh air.

On the other hand, the UEFA Champions League is no stranger to upsets. Theoretically, every game commences with a frontrunner. Nevertheless, we have seen even the most impossible victories time and time again. For instance, both the semi-finals last term saw massive upsets.

What can one expect on Friday night?

Bayern Munich have already secured the domestic double and have set their eyes on the treble to round the season off. The entire world expects them to cruise past a dysfunctional and erratic Barcelona. The title of favourite may provide a lot of pride and a feeling of prestige. Still, with great power comes great responsibility; and with great responsibility comes great pressure.

The Germans will have to be on a relentless attack from the initial minute. Anything less than a win counts as a failure for them. The pressure to score the opener might just bring about a couple of lapses in defence. They will commit more men in attack under the pressure, and that might be a massive bonus for Barça. The culés have struggled to break down low blocks under Quique Setién.

Nonetheless, they primarily come up against teams with a low block because they hold the favourites tag. Here, there will be a role reversal. The Bavarians will be compelled to field a very high defensive line, and things could be very tricky for them on Friday if Setien goes for an unorthodox line-up. Introducing Ansu Fati, Ousmane Dembéle and Riqui Puig could jeopardise the favourites. Even so, it is not just the youth that benefits here.

The disregarding comments by numerous influential personalities of the Bundesliga giants have certainly not gone down well with the dressing room. Having been eased off the burden of expectation, one would expect the core of the Catalan team to come out roaring. The world has witnessed how the likes of Lionel Messi and Marc-André ter Stegen prefer to let their performance do the talking. It no longer a question of form, it is now a question of pride.

There is little ambiguity in the fact that Bayern have all the firepower they require to come up trumps. With a well-rounded squad and the right mindset, they validate the frontrunner tag attached to them. Notwithstanding, writing off Barcelona is never the right way to go. The provocative comments just add some much-needed fuel into Quique Setién’s tank. It will not be as straightforward an affair as it seems.