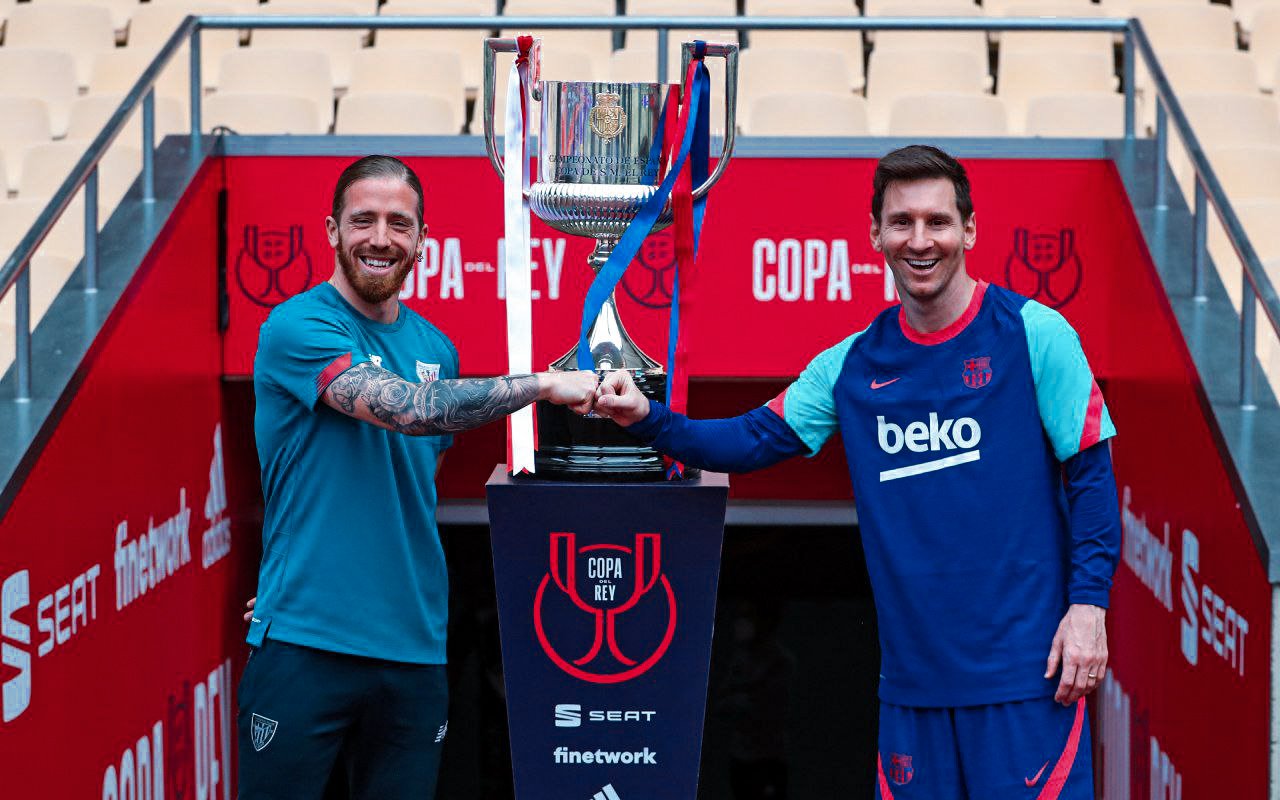 Barcelona continued their newfound pattern of turning off in the big games. Once again, the Catalans failed to turn up on a Clasico night, failing to pick up even a single point.

The worst way to head into a cup final is with a defeat in one of the biggest games of the season. Coming off a loss that potentially loses the title is not the way Koeman would have wanted to enter this week. However, Barcelona,s inability to turn up when it matters is now getting serious. It is far beyond the stages of misfortunes and well into the path of being a fact.

This is the managers only guaranteed shot at silverware. Yet, heading into this game, the atmosphere in the Catalan capital is nothing short of chaos. Sources close to the club are whining about the referee once again, days before the game. Jordi Alba’s weak mentality has once again come to the forefront with his latest leaked conversation with Gerard Pique that shows him giving up even before stepping on the field.

Barcelona needs to step out of this shadow of excuses. Being one of the biggest clubs in Europe mandates winning even in the most adverse conditions. It necessitates believing in oneself and the team more than anything else. Barcelona have choked in the final of the Supercup, in the game against Juventus, the first leg against PSG and both El Clasicos. It is high time they put those losses behind them and show the world they have not forgotten how to win trophies. Here is how Barcelona could lineup against Atheltic Bilbao.

Starting with the gloves on the night will once again be Marc-Andre ter Stegen. The German has once again come under scrutiny in recent weeks. If there is ever a chance for the goalkeeper to prove that he is invaluable on such big nights, Saturday night is that opportunity.

Gerard Pique’s participation continues to be under a heavy cloud of doubt. The Spaniard has still not recuperated completely, and rushing him would not be wise. Additionally, Sergino Dests rather meek showing against Real Madrid has Ronald Koeman contemplating a return to the 4-3-3 system for the upcoming clash. The 3-5-2 was never built to last in the first place, anyway. That said, Ronald Araujo and Clement Lenglet will be the starters in central defence.

While the Uruguayan has recently returned from injury, he still showed glimpses of his extraordinary pre-injury form once again. Lenglet, on the other hand, is finally coming into a confident frame of mind. The Frenchman never looked the same since the humiliating defeat to Bayern Munich. Now finally, he is once again defending with a much better mindset.

Meanwhile, Oscar Mingueza is coming off a textbook performance against a difficult real Madrid side. While a case can be made for Sergi Roberto, not rewarding the Spanish youngster after such a tremendous performance would be unfair. Moreover, Roberto is just returning from injury. A direct start in a cup final may not be the route Koeman wants to go down. That said, Mingueza could well start at right-back on the night.

Jordi Alba has been one of the best left-backs of the season, yet there is a massive sentiment that he shouldn’t start on the night. Watching a senior member of the dressing room talk so pessimistically ahead of a massive game is terrible news, both for the team and the fans. Yet, one knows that the Spaniard will start, mainly owing to the back of any able backups. He will be crucial, no doubt, however, the weak mentality is a matter of serious concern.

Sergio Busquets will start as the defensive midfielder at Estadio de la Cartuja. Up against the likes of Dani and Raul Garcia in midfield, and Inaki Williams constantly looking to break, Busquets will have to be inch-perfect with every step.

Frenkie de Jong will start in front of the veteran midfielder. Once again back in midfield duties, the 23-year-old will be crucial for the Catalans penetration into opposition territory. His guile and vision will be key on the night.

Pedri struggled in the first period of the Clasico yet came back stronger after a rough patch. The 18-year-old is one of the most promising prospects in world football. Once again, his consistency will be put to the test on Saturday. It could well be Pedri’s vision that is the difference between the two sides on Saturday.

Antoine Griezmann made the difference when these two sides met last, and everything signals that he may get his start again. The Frenchman did not get the chance to start the game against Madrid and will be eager to return in style.

Ousmane Dembele has had a renewed, though not very successful, stint as a target man this season. His pace has been the fatal spearhead for so many oppositions. Yet, a rather low conversion ratio is the thorn in the heel. If Barcelona is to walk away with a trophy, Dembele cannot be wasteful in front of the goal.

Lionel Messi will undoubtedly start in the forward line, aiming to win his first silverware in two seasons. The Argentine had a rather quiet outing is yet another Clasico and will be keen to shut critics once again with a game-defining performance. One of Lionel Messi’s greatest ever goals came against Athletic Bilbao in a cup final. Will Saturday bring more of the same?

Ilaix Moriba has become to go-to man for Ronald Koeman in any midfield crisis. His never say die spirit and no-nonsense attitude have earned him a special place in the side. Moreover, he is a gifted young talent that deserves every minute he plays.

Riqui Puig would be another option to up the tempo of the game in the second half. The youngster could come on for Pedri and provide an immediate impact as he often has.

Fransisco Trincao and Martin Braithwaite could also be able weapons for the managers towards the latter part of the game.