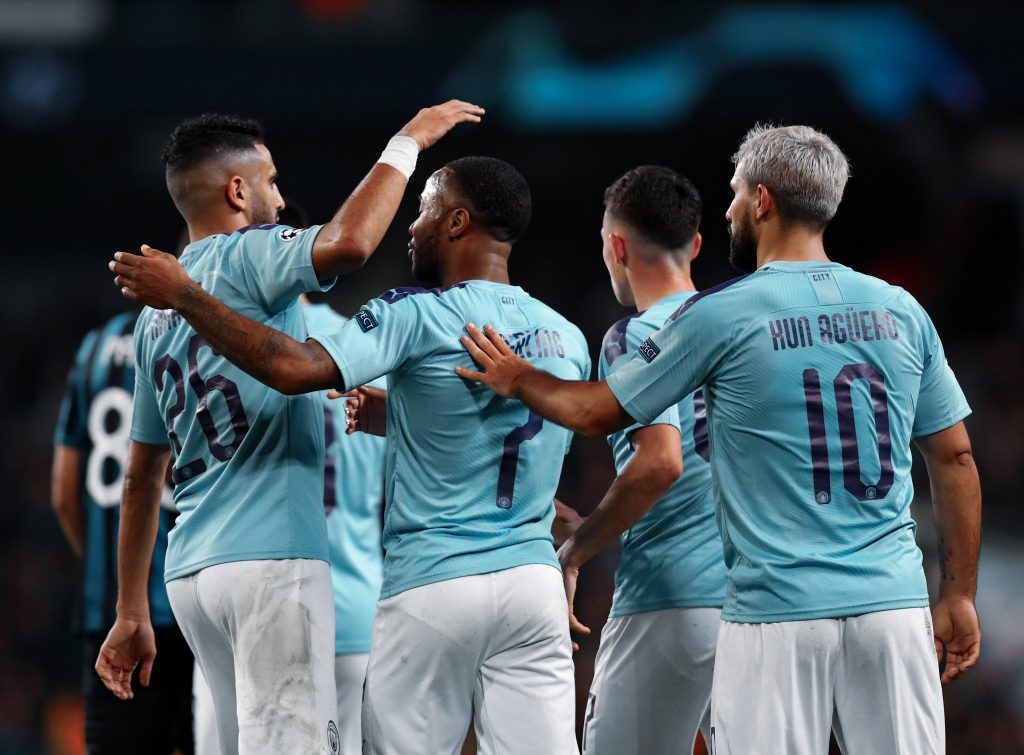 Photo by David Blunsden via Imago

With the arrival of Pep Guardiola in 2016, Manchester City began to adapt to the style of positional play and attacks once used by Barcelona to dominate Europe. Now, many would say that the Citizens have overtaken Barça in terms of style and quality, and the stats seem to back it up.

Undoubtedly, Manchester City have a had a bit of a drop off in the Premier League this season. However, they have still managed to pick up just one point less than Barcelona, although they have played an additional match. It can also not be denied that the Manchester club are still among the favorites to win the Champions League. Overall, both teams are well-known for their dominance in possession, but in recent years one would have to say that Pep Guardiola’s side have been more ambitious and dynamic. With that in mind, today we will be analysing the league goals scored by both clubs this campaign to see what conclusions can be drawn.

Where do the attacks begin?

It is no secret that Barcelona’s pressing intensity has dropped in recent years. With an ageing forward line and a more pragmatic approach taken during Ernesto Valverde’s reign, Manchester City would be expected to have the advantage in terms of pressing. Almost all stats and metrics back this up.

While neither Barcelona nor Manchester City have been at their best this season, stats show some revealing tendencies | Photo by Shaun Botterill via Getty Images

To start, 30.36% of the Citizens’ sequences of possession leading up to open-play goals this season have begun in the attacking third. In comparison, 24.49% of Barça’s open-play goals have come from sequences beginning in the attacking third. While both sides are known for building from the back, this figure shows that Manchester City can also win the ball more often in advanced positions.

Further supporting the superiority of City’s pressing is the number of tackles they make in the attacking third. Statsbomb has City making 3 tackles in the attacking third per match, and the blaugranas making 2.37. This may not seem like a drastic difference, but it means City have made 20 more attacking third tackles over the course of the season. This gives Pep’s team more opportunities to attack from a position in which they are already high up the pitch, and don’t have to break the opposition down as much.

How do the teams compare in building up in possession?

Undeniably, for their approach and philosophy, Barcelona and Manchester City would rather string together long sequences of passes as opposed to more direct long balls. Both teams lead their respective leagues in average possession and number of completed passes. The stats show that City take this mentality a step further than the Catalans, though.

In their open-play goal sequences – the uninterrupted time of possession leading up to a goal – Barça averaged 6.02 passes this season. This is almost a whole pass less than the Sky Blues’ average of 6.95 passes. Additionally, the City’s average goal sequence involved 5.39 players, greater than the tally of 5.14 achieved by Barca.

A further metric that compares how the two sides play in possession is OPPDA – Opponent Passes allowed per Defensive Action. In the league this season, Manchester City have an OPPDA of 22.23, according to Understat. This means that, on average, City complete 22.23 passes before an opposition player makes a defensive action – tackle, interception, etc. Barcelona’s number is significantly lower, at 14.49. In other words, City’s average string of passes is almost 8 passes longer than the azulgranas.

Where do the teams create their chances?

Barcelona’s lack of dynamism out wide has been an issue this term, and once again the stats reflect that. Only 23.4% of Barcelona’s open play assists have come from the left or right thirds this season. In contrast, City has a rate of 42.3%. While both sides play a majority of their assists from the centre third, the reigning English champions are clearly more adept at utilising the wide areas. A contributing factor to this is City’s willingness and ability to cross the ball. This season, Pep’s side have completed 2.71 crosses into the box per match, almost double Barça’s average of 1.37, per Statsbomb.

❛ In all team sports, the secret is to overload one side of the pitch so that the opponent must tilt its own defence to cope. You overload on one side and draw them in so that they leave the other side weak ❜

How does the scoring of the two teams compare?

In terms of the statistics for the goals themselves, Barcelona and Manchester City are very comparable. Both clubs have scored a similar percentage of their goals from open play this season. For the Catalan club this has been 77.8%, and for the Manchester club it is 82.4%.

In addition, the goals of both sides have been distributed similarly throughout the match. The Catalans have scored 32 first-half goals and 31 second-half goals. City have scored 31 in the first halves and a slightly higher 37 in the second periods.

When looking at each of these stats individually, not many conclusions can be drawn. For instance, connecting more passes per goal does not mean that a team is automatically better. It is not one stat that should worry culés, but rather the stats together as a collective. It is worrying that Manchester City have the advantage in terms of pressing and then connect more passes. Also, that City connect more passes, showing their use of combination play, but are still able to use the wide areas much more. On top of all this, it has been a down-year for Guardiola and his team. In the end, though, City appear the much more complete side when going forward, and it would be hard for anyone to deny this.