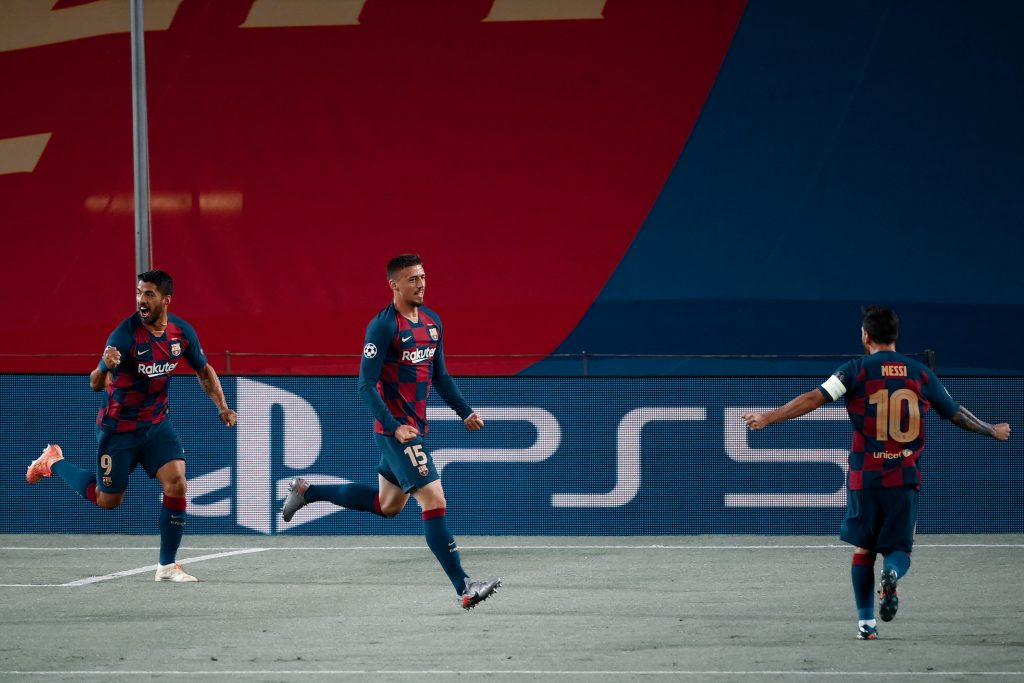 Barcelona are all set to travel to Lisbon for the quarter-finals of the UEFA Champions League. The very first game they play in the Portugese capital will be one of the most challenging games yet: an in-form Bayern Munich. In a game against one of the most attacking sides in Europe, just how crucial will the performance of Clément Lenglet be to keep Bayern at bay?

The calm before the storm is a well-established phenomenon, and so is the eerie tranquillity after the storm. If one were to consider the calm during the storm, however, the ideal parallel would be Clément Lenglet. Holding a placid and composed character amidst all the disarray in the Barcelona defence is not everyone’s cup of tea. To this day, it is difficult to speculate the wonders that materialised out of that low-key 35-million-euros signing.

Consider this. A magician on the stage of a dark theatre room pulls out the most beautiful doves from his hat. He does it once; he does it twice, and despite not receiving any acknowledgement, he continues grinding out birds from thin air. It is only when the stage lights turn on that his mastery is appreciated. Lenglet too is on the same boat. Being a silent worker is nothing wrong, but indeed it is the vocal ones that grab the limelight.

On Saturday night, however, things turned out different. Just 10 minutes into the game against Napoli and the 25-year-old was at the centre stage. Just as the corner was delivered, he soared above the rest and lashed the ball into the back of the net. The goal was contentious, having involved a challenge that saw Kalidou Koulibaly go down. Probably, it would have been appropriate for the goal to have been disallowed. That still takes nothing away from Lenglet or his performance.

After a key display in both ends versus Napoli, Clément Lenglet will be critical against Bayern once more | Photo by David Ramos via Getty Images

Against Napoli, Lenglet once again put forth a commanding display on all fronts. The visitors attacked incessantly from the get-go and got a tremendous chance within the opening two minutes. The game continued to follow suit as Gennaro Gattuso brought in more and more firepower into the dynamics. The introduction of Matteo Politano, Hirving Lozano and Arkadiusz Milik in the second half too was met with a stepped-up showing from both Lenglet and Gerard Piqué. There might have been a few nervy moments, but the Frenchman barely put a foot wrong. His composure and presence of mind along with the experience of Piqué denied the Neapolitans any hopes of a revival.

The road ahead in the Champions League

Barcelona travel to Lisbon on Thursday, ahead of their clash against Bayern Munich. It is an exceedingly rare sight to witness the Catalan giants head into a clash with the underdogs’ tag. This time around, though, that is the case. The Bavarians have been unstoppable across all competitions since the appointment of Hans Dieter-Flick. The team has looked rejuvenated and deadlier than ever. Particularly in attack, the team has never looked bland against any opposition.

There has been no single go-to tactic in offence. Over the season, they have resorted to diverse systems to menace different opponents. While they are experts at peppering in pin-point crosses from the wings, they are equally adept at breaking lines from the centre of the field.

Barcelona need to be cautious on all fronts. The German champions can shift between attacking systems within a matter of seconds. Facing such a versatile attacking side mandates an immaculate performance from the defence. And this is where Clément Lenglet will be key once again for Barcelona.

Clément Lenglet will be decisive against Bayern Munich

Bayern Munich would prefer to dictate the flow of the game to their liking. Their comparatively younger and more exuberant squad gives them the upper edge in winning the ball back and maintaining the possession. It would be but natural to expect a major chunk of the game to be seen out near the blaugranas‘ 18-yard box. Serge Gnabry, Thomas Müller, Robert Lewandowski and Co. just need half a chance to find the perfect run into a one-on-one situation. Given Piqué’s considerable loss of pace in recent times, Lenglet will have a substantial role to play in combating these menacing runs.

In Bayern Clément Lenglet will face one of, if not the, most deadly strikers in the world: Robert Lewandowski | Photo by Tobias Schwarz / AFP via Getty Images

Undoubtedly, Bayern will first look to target the wing play. Barcelona does not have the most pleasant memories of defending repeated crosses. There is no doubt in the fact that the German clubs’ full-backs are a notch superior, both in recovery and attacking edge. Nullifying these continuous crosses will all be up to the centre-backs. It would be a tremendous boost for the azulgranas if Lenglet can maintain his aerial superiority and physicality.

The Frenchman’s role doesn’t end there. Against a side that presses so high, it will be vital to take every half chance. That not only involves the corners but feeding the ball to the strikers. As was seen in the game against Chelsea, the best way to catch Bayern off guard is to capitalise on the high line. That includes the fact that the centre-backs must be vigilant at all times for runs behind the opposition’s defence, to feed the forwards. Lenglet has proved to have this vision in the past too. It is only a question of execution to see the quick counters launched.

Lenglet has grown into an irreplaceable part of Barcelona in a ridiculously short time. He is one that will be in the system for years to come. With every game being a must-win at this stage, the margin for error is extremely feeble.

To be the best, one must beat the best. Up against one of the best strikers in the world on Friday, Clément Lenglet will be put to the ultimate test in Bayern. A large part of the responsibility rests on his shoulders. One hopes that he thrives and not cracks under the pressure, which he never does.