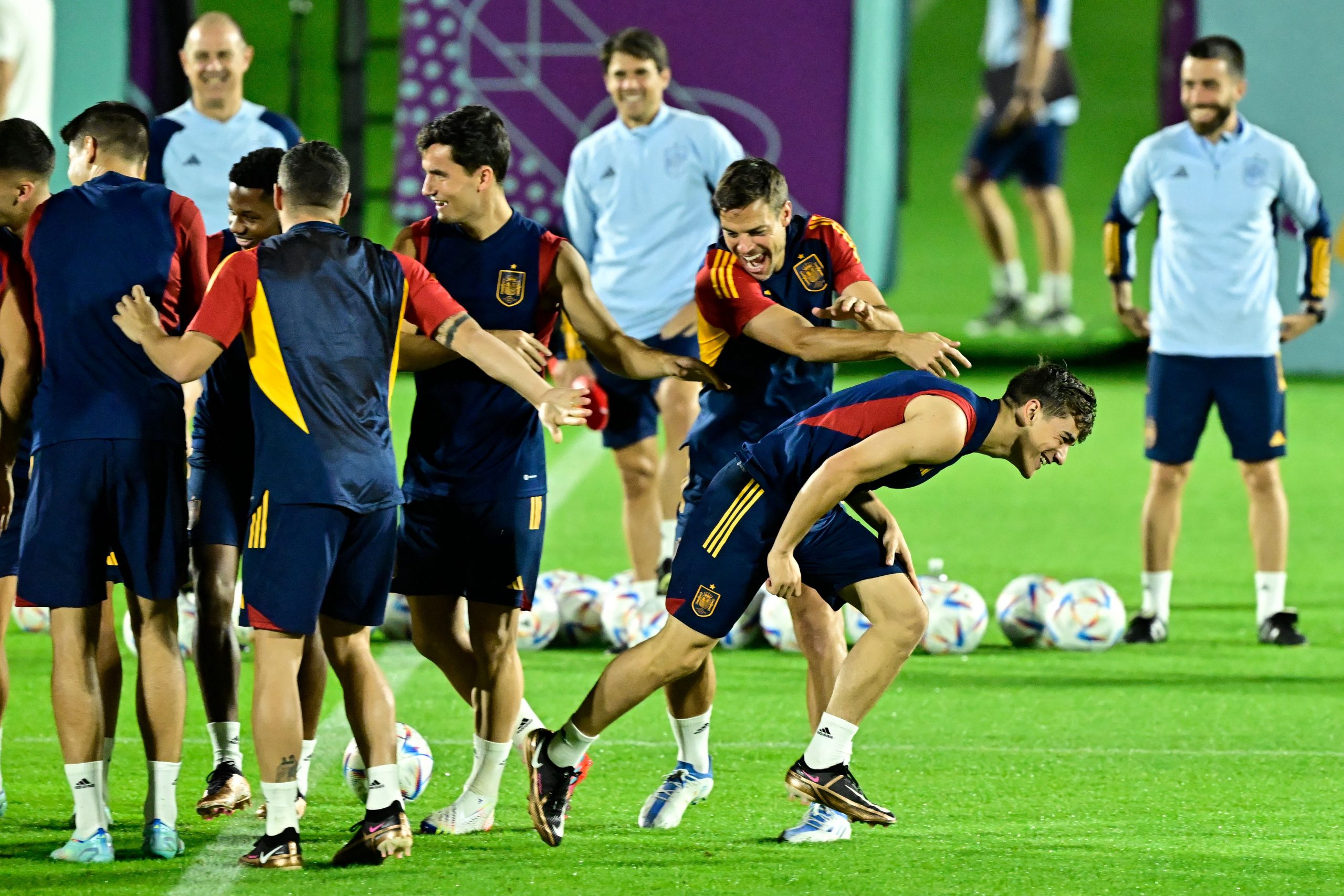 Speaking in an interview with The Guardian, Chelsea and Spain defender Cesar Azpilicueta has hailed the confidence and the fearless attitude of Barcelona youngster Gavi.

Azpilicueta is currently a part of the Spanish national team setup at the FIFA World Cup 2022 in Qatar, where he is playing with Gavi.

The midfield prodigy made his debut for La Roja only last year, at the age of just 17, and has now grown into an important cog in the team. He has been one of Spain’s most impressive performers on the biggest stage of all, showing no signs of nerves whatsoever.

During his interview, Azpilicueta spoke about the transition that the Spanish national team was going through, with the younger crop led by the likes of Pedri, Ferran Torres, Gavi, Ansu Fati, Rodri ready to take over from the old guard of Sergio Busquets, Jordi Alba and Azpilicueta himself.

And he highlighted how the younger generation was full of confidence and spirit, citing Gavi as an example.

“Only Sergio Busquets and Jordi Alba are left. I shared a dressing room with the generation that won two Euros and a World Cup, learned from them. There’s a transition now and hopefully, this can be the place we’re champions again,” he said.

“This is a new generation. There are times you help but the kids now have such confidence,” Azpilicueta added.

“Take Gavi’s debut. They were telling me: ‘Keep him calm.’ What do you mean, ‘Keep him calm’? Normally you have to get them going, push them. No, no, not him: there he was kicking people. I was like: there’s no way I could have done that at 17.”

Azpilicueta is not the first member of the Spain squad to speak highly of Gavi. The 18-year-old has also received a lot of praise from Atletico Madrid captain and fellow La Roja star Koke while manager Luis Enrique has also hailed the teenage sensation.

Azpilicueta had been heavily linked with a move to Barcelona in the summer transfer window, as a free agent, with his contract at Chelsea about to expire. However, following the change in ownership at the club, the defender decided to stay put and sign a new deal.

Explaining his decision to remain at Stamford Bridge, he said: “Those months were a strange situation. The new owners came, trusted in me, saw me as an important part of the new project. I decided to stay. I’m very happy.”