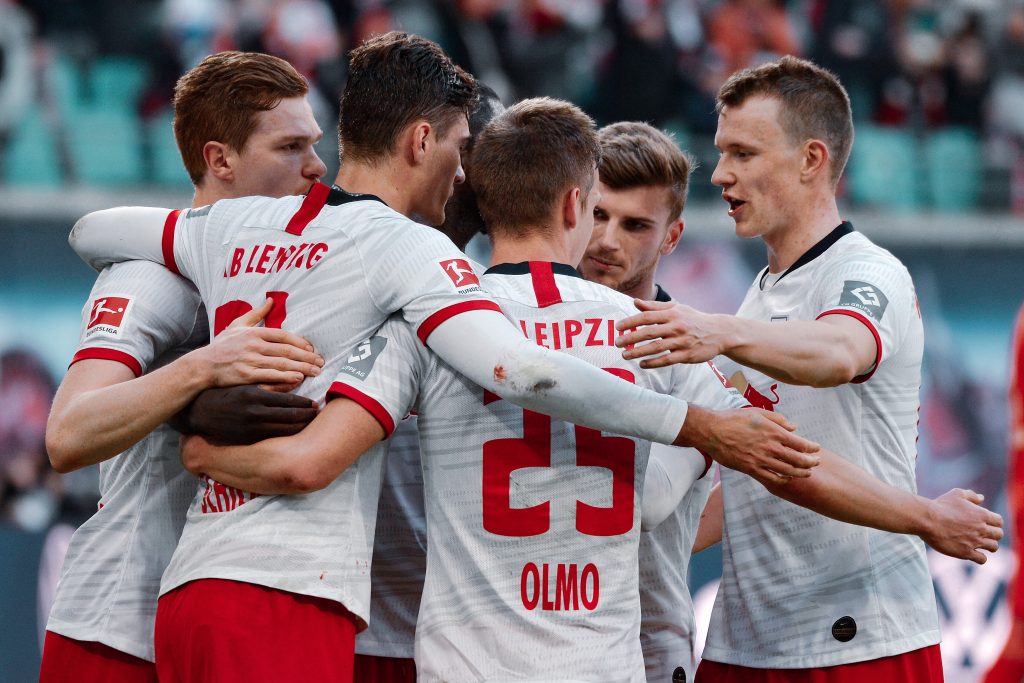 Who doesn’t love an underdog story? Every season we see a few unexpected sides go on a fantastic European run. And this term, the dark horse brand in the Champions League has gone to two promising teams, RB Leipzig and Atalanta B.C. In this piece, we take a look at the former, who impressed in the German league with a vibrant style of attacking football.

When it was announced that Julian Nagelsmann was going to take over the helm as RB Leipzig’s coach at the start of the 2019/20 season, everybody was excited. For some reason, it felt like a perfect match even before we saw any signs on the pitch. With Leipzig being an upcoming force, and Julian, a promising up and coming coach, the fit seemed ideal. The 33-year-old’s excellent work at TSG Hoffenheim cannot go unnoticed, as he managed to take them to the Champions League in 2018/19.

Since gaining promotion to the Bundesliga, Leipzig has always flirted with the top half of the table. The squad continues to flourish in terms of quality and excitement. Nagelsmann was given a team that finished third in the previous season, and so, was already a team in the Champions League. The expectations were high, and to be fair, the club did not disappoint.

Julian Nagelsmann hasn’t done anything new in regards to their position in the league. However, what he actually managed to achieve is to establish the team’s reputation for producing quality football. It wasn’t long into his tenure before the whole world had its eyes on the club. Indeed, while they’re still continually criticised for the manner how they reached the Bundesliga, those who stick to events on the pitch will have no complaints with what they’re seeing.

Leipzig was only out of the top four for two matchdays out of thirty-four. Towards mid-season, they even sat on top of the table for four consecutive matchdays. Notwithstanding, much to their exciting brand of play, there comes a degree of inconsistency. And when you are competing with Bayern Munich for the crown, any form of slipping up can be fatal. Thus, German football enthusiasts’ quest for looking for a new king of the country is pushed by another year. However, there’s no denying that the eyes are on Nagelsmann’s men to be the frontrunners to end the Bavarians’ dominance.

Their season was noteworthy due to the fantastic quality that they oozed across all departments. As they were still an unestablished club, fans of the top sides began to rhapsodise over their best players. Timo Werner, Dayot Upamecano, Ibrahima Konaté, Konrad Laimer, Marcel Sabitzer and Nordi Mukiele are some of the numerous talents who were being looked at. With Werner already moving to Chelsea, Die Roten Bullen will have to do their best to fight off the interest from the rest of Europe.

There is no doubt over the fact that Nagelsmann will be potentially losing more players before the transfer window closes. But what must be appreciated is the fact that their board is intuitive enough to find replacements immediately. Their infamous Red Bull clubs relationship allows them to gain the upper hand in transferring players from co-owned clubs. They signed Hwang Hee-chan from their Austrian comrades RB Salzburg. Furthermore, the fact that they already replaced Werner with Dani Olmo even before the German left highlights how well prepared they are.

RB Leipzig having a plethora of talent spread across all positions allows Nagelsmann to continuously alter the shape. He has a variety of formations that work spotlessly. Julian’s systems vary from 3–4–3, 3–5–2, 3–4–2–1 and 3–4–1–2. Despite making numerous variations to a three at the back system, he also fields his teams in a 4–4–2 double pivot that actually shifts into a 4–2–2–2 when they attack. All these options are only possible when the manager is tactically capable. The element of surprise is something that the German tactician has displayed in large amounts this season.

Irrespective of what the shape is, what must be observed is the midfield pair of Marcel Sabitzer and Konrad Laimer. The Austrian duo is underappreciated massively. Indeed, the entire focus usually goes onto Werner due to his goalscoring prowess, or even Upamecanon as he seems generational. But anyone who watched Leipzig closely across the season will understand that Sabitzer and Laimer make the fulcrum of the team. The base of their tactics is to press restlessly throughout the pitch while launching high voltage counter-attacks once the ball is retrieved.

Without the ball, they rarely allow the opposition to have time to build their attacks. While the front three is itself pacy enough to press the opposing defence and prevent them from constructing the play with the keeper, the midfield makes things even more challenging. Sabitzer and Laimer are always all over the pitch. One second you see them at the back supporting the defence, and within a snap of an eye, they are onto the transition phase to launch the counter.

It’s because of this tireless pressing and ball retrieval actions from Laimer and Sabitzer that Leipzig is comfortable in pouncing onto teams that are slow with the ball. The opposition chooses to opt the aerial side of the game to bypass the Austrians. And unfortunately, it’s close to impossible to win a battle of pace with Leipzig’s backline. Upamecano is sometimes easy to dribble past and can be caught off guard, but on the flip side, he doesn’t give the attackers time to pace towards the goal. He manages to chase the forwards and retrieve the ball through a combination of pace and power.

With the ball, Nagelsmann doesn’t like seeing his side playing passive, side-to-side football. He prefers to see them making deadly one-touch passes through the lines to free the forwards upfield. If there is space behind the opposition backline to exploit, then Dayot’s excellent ability to feed pinpoint long balls is utilised. A runner like Werner makes it virtually impossible to chase after. With 28 goals in the Bundesliga this season, his move to Stamford Bridge is one that would sting for sure.

Thus, the fact that Leipzig has so many options and patterns of play entirely go inline with the reality that they have a fantastic coach. Julian has already become a dream coach for many sides that are looking to play vibrant football. And there was always a link for him with the Bayern job, but judging how Hans-Dieter Flick is doing, he will have to wait for the chance. Nonetheless, Nagelsmann can always opt for a step-up to any club in any league if he wants to. But for now, he will only be focused on the challenge he has ahead.

The chances of RB Leipzig in the Champions League

After reading this far, there’s no question that you must be thinking about the prospect of Leipzig going all the way to the final. They are in the bracket that comprises of teams that haven’t won the competition even once. And this means that we will at least see one side in the final that is yet to win the Champions League. While all the heavyweights and usual favourites are on the other side of the tournament tree, hopes will be high for the neutrals who want to see an underdog shine.

The German outfit had a less challenging group comprising of Olympique Lyonnais, S.L. Benfica, and Zenit Saint Petersburg, where they finished as winners. After that, their luck was further visible with the fact that they got an injury-ridden Tottenham Hotspur in the round of sixteen. The faced a Spurs side that had all their key players out injured for the second-leg, and therefore, blew them away on a 4–0 aggregate.

The real test begins now, as they face Diego Pablo Simeone’s Atlético de Madrid, who will be extremely confident after comprehensively knocking out the holders Liverpool. A tactical battle between two contrasting philosophies awaits the neutrals who will be thrilled to see this matchup. Nagelsmann’s hot-blooded attacking football will lock horns with Simeone’s experienced defensive pragmatism. It will be interesting to see how Leipzig’s Werner-less offensive force fares against one of the best defences in the world.

“I admire Diego Simeone for his clear line, which he has been following for years and with which he is always successful”

Should they beat Atleti, they would have to face one of Paris Saint-Germain and Atalanta, which would be another end-to-end contest. Aside from the colchoneros, there isn’t enough experience in the teams of this bracket when it comes to reaching the advanced stages of the competition. And so, Nagelsmann will surely rate his chances of taking his side all the way to the final. Without a doubt, if he manages to mastermind his team to put a strong fight at the Champions League, he will go down in the books as a great tactician.

Nicknamed the Baby Mourinho, the name would further be more fitting to Julian if he achieves Champions League glory with an underrated side like Leipzig. His comparisons to José, who won the competition with FC Porto, will only get solidified if Leipzig wins the tournament, which isn’t impossible.