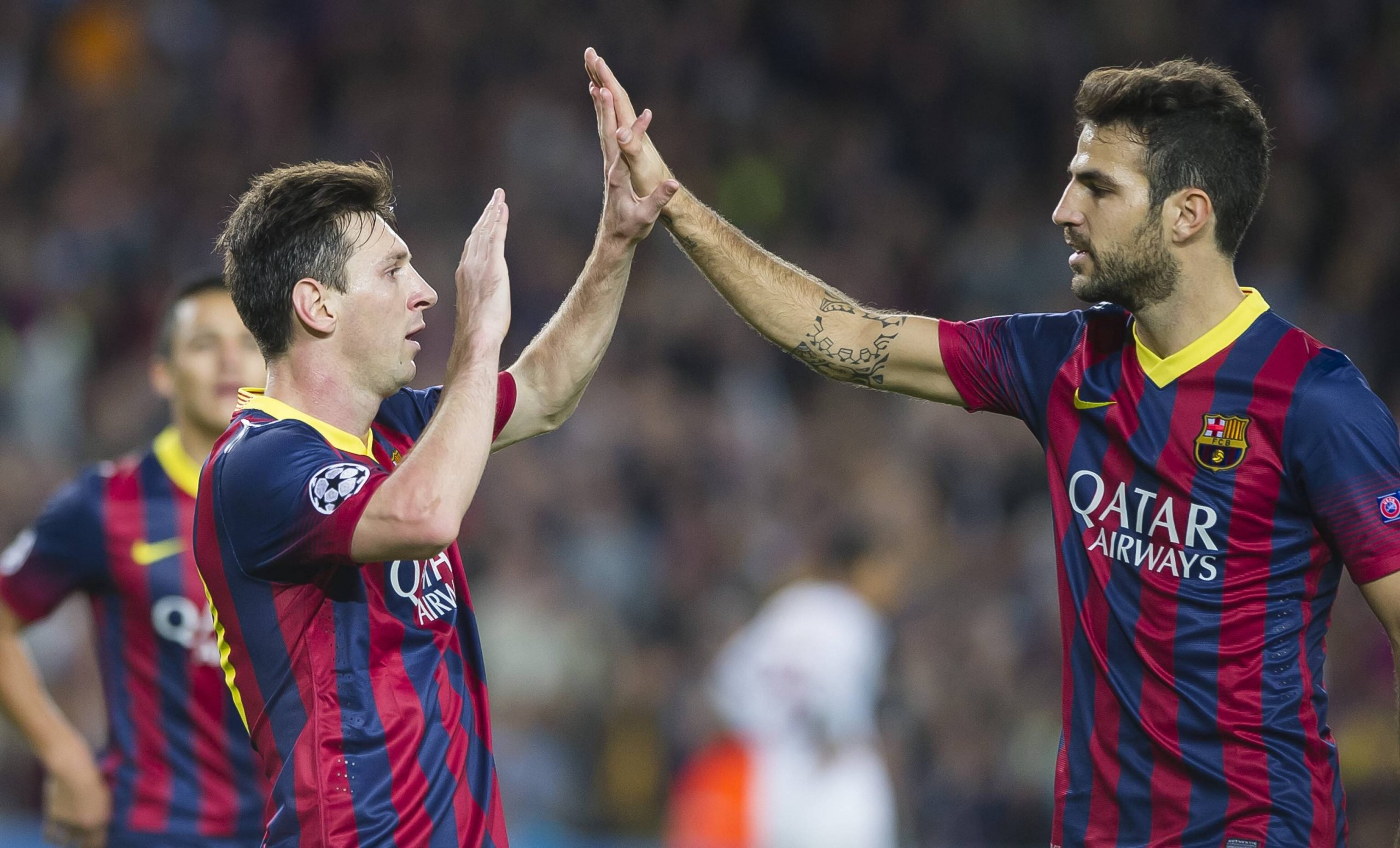 Monaco midfielder and former Barcelona star Cesc Fabregas spoke to Goal and opened up about all things related to his former home. The La Masia graduate, who was close to Lionel Messi during their time in the youth system also spoke about the Argentine superstar and his future at the club.

The buzz around Messi’s potential departure is well documented, as Barcelona are trying to convince the meteoric forward to continue at the club after a disastrous end to the 2019-20 campaign. The 33-year old is currently with the Argentina national squad ahead of the Copa America, following which it is rumoured that he will take a call on his continuity.

Fabregas opened up about Messi’s situation and said: “I don’t know what Messi will do but I hope he stays at the club. It is a very personal decision and let’s see how he feels and we will see what happens I would like to watch him play his football at Barça for many more years and be successful because he deserves it for what he has done at the club.”

As Barcelona grapple with their worst financial crisis in the club’s 122-year history, Joan Laporta has returned to the club for a second presidential tenure, tasked with overturning the debt and getting Lionel Messi to stay. Fabregas also commented on the president, showering praise on the 58-year old.

“I’m very happy that Joan Laporta is the president. He is someone with a lot of personality. He is calm, he knows what he is doing and he has experience. I am very positive that he will bring the club back to where it belongs,” said the Spaniard.

The midfielder also spoke about Real Madrid’s Eden Hazard, who he grew very close with during their time at Chelsea. Hazard made a big money move to the Spanish capital but owing largely to injuries, it has not quite panned out the way the Galacticos would have hoped.

“He knows what I think because I spoke recently and I told him what I feel. He knows that he has been very, very unlucky. As I player, I think I was with him for five years and he was never injured, maybe only twice and mostly just small things,” said the World Cup winner.

“He could win Champions Leagues, Ballon d’Ors and talent-wise, he is up there with the best. It is sad to see it but I still think if the little things going against him go the other way, then we will see the Eden we all know and love,” he added.

Regarding the criticism Hazard has faced, Fabregas likened it to the tough times he endured at Barcelona, saying: “It is part of life when you are playing for one of the best clubs in the world. It happened to me in Barcelona as well for the good and the bad. I played 12 years there and when you win, it is the very best and when you lose you take it.”

“It is part of the job, the football industry and you have to swallow it and keep strong. In the beginning, when I was younger, it used to affect me a little bit but then I realised quickly that if they criticise Diego Maradona, Jose Mourinho, Cristiano Ronaldo and Lionel Messi then why would I not get criticised?,” Fabregas went on.

The 34-year old then concluded, urging his former teammate to take it on the chin: “Even if it is just one bad game, you start to understand that it is nothing personal. It is just the polemic or spice that brings people to criticise someone when they are doing well. You just have to take it positively and use it as a drive to be better.”