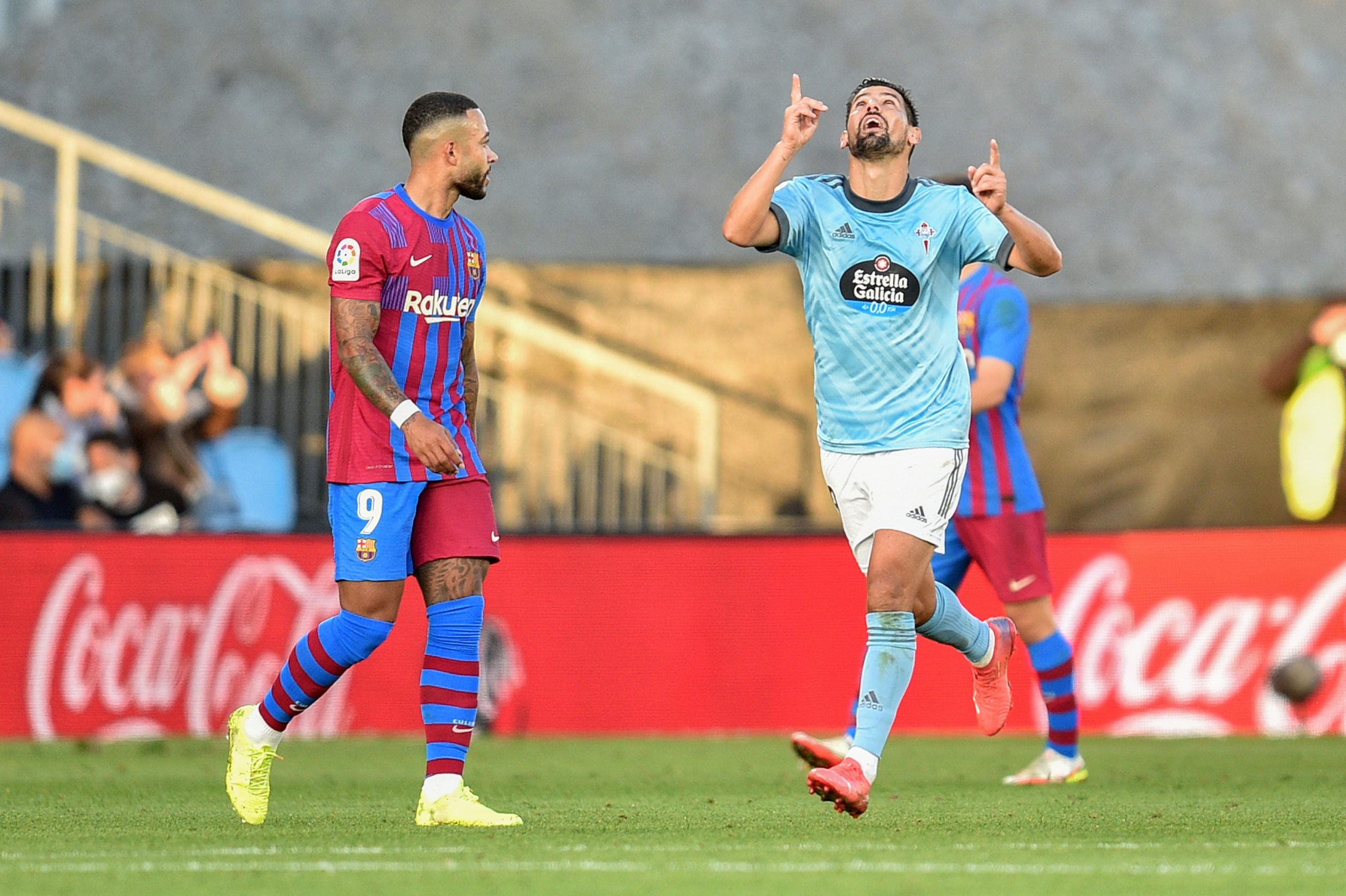 Saturday was a big day for FC Barcelona, for it was the day Xavi Hernandez was announced as the next manager of the club. The occasion was shared with Sergi Barjuan’s final game on the sidelines in a tough encounter against Celta Vigo.

The game seemed to be going perfect for Barcelona, but it ended up being a costly one for the club in many aspects.

Sergi Barjuan’s final game as manager began in the best way possible. Barcelona dominated the opening moments of the game and struck early through Ansu Fati. The teenage sensation scored a solo goal that saw him curl the ball from a very tight angle around the defender and the goalkeeper.

The Blaugranas barely gave Celta Vigo any breathing space in the game, as they continued to steamroll past their defence. Nico Gonzalez and Sergio Busquets dominated the midfield, while Memphis and Ansu Fati combined well in attack.

Soon enough, Barcelona were ahead once again courtesy of Sergio Busquets’ wonderful finish. Nico Gonzalez picked out the captain who fired a shot into the bottom right corner. The goal saw the visitors up by two goals within 18 minutes.

A third goal was not too far away for Barjuan’s side. Memphis Depay cleverly headed the ball into the far post off Jordi Alba’s cross to stun Matias Dituro.

Ansu Fati went down holding his hamstring late in the first half. The injury looked serious, and there were worried faces in the Barcelona camp. The visitors walked into the dressing room three goals up and with the result (seemingly) not much in doubt.

The manager opted for two changes at half-time. Ansu Fati’s injury meant that Balde got a chance to shine. Meanwhile, Ronald Araujo came on for Eric Garcia, who also picked up an injury.

The hosts got off to a splendid start in the second half. Chance after chance was created. Celta Vigo had a shot blocked in the 48th minute and a goal ruled for offside in the 50th minute. Their persistence paid off two minutes later when Marc-Andre ter Stegen spilled the ball only for Iago Aspas to capitalise with a solid strike.

Barcelona continued to play with fire for the next phase of the game. The situation got worse for Sergi Barjuan with Nico Gonzalez forced off injured at the hour mark. Riqui Puig replaced him, but Barcelona’s injury list got longer.

The second half was as risky as it gets for the Catalans. Oscar Mingueza was lucky to not give away a penalty in the 63rd minute before Nolito had a goal ruled out for handball in the 69th minute.

The situation only got worse for the Blaugranas as Nolito scored a screamer five minutes later, this time one which counted. The score was 3-2 with only 15 minutes to go.

Abde replaced Gavi in the 79th minute, but that did not change the situation much for Barcelona. The pressure on the Catalans continued to build as they were made to suffer at Balaidos. Frenkie de Jong’s run and shot off the crossbar in the 86th minute was one of the only bright spots of the difficult closing minutes.

Hearts in Barcelona stopped in the last minute of the game when Celta Vigo’s shot hit the crossbar, a goal that would have settled the scores at 3-3.

The game seemed all but done, but Iago Aspas had other ideas. The Spaniard scored a phenomenal goal in the final seconds of the game that took two points away from Barcelona.

The game ended in a draw, one that made Barcelona suffer and one they paid for heavily in terms of injuries. The team will face Espanyol after the international break with a new, yet familiar, face on the sidelines.