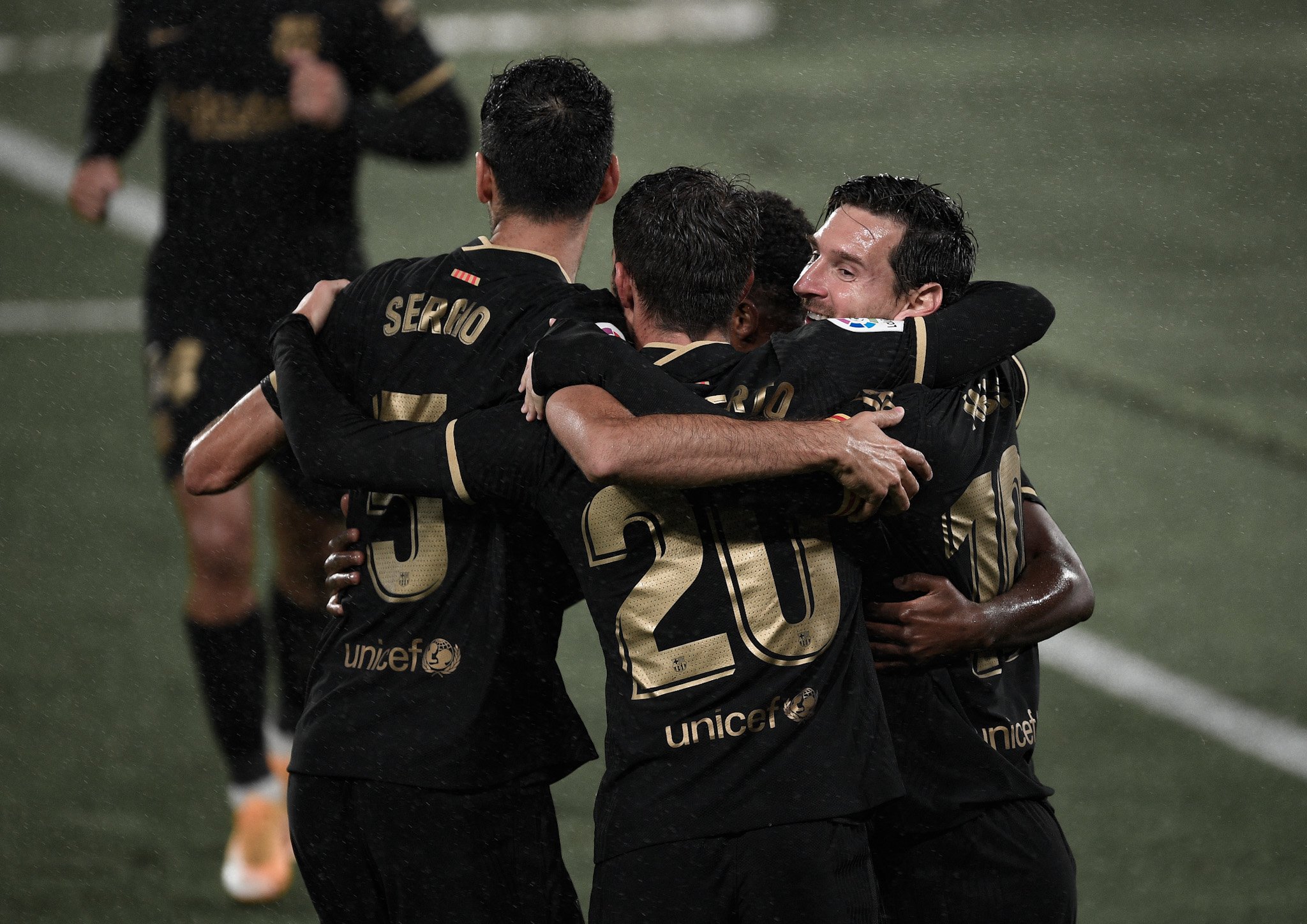 Barcelona played their second game of the La Liga campaign at the usually tricky Balaídos in the Galician region. In Galicia, Barça played beautiful football but had some problems at times. For Ronald Koeman’s second game in charge of the Culés, it was an excellent display and, after the Champions League draw earlier, the fans must have a lot of expectations for the remainder of the term.

Barcelona started exquisitely, absolutely annihilating Celta’s men with their constant passing of the ball and the usually lively Galician side found themselves in a lot of precarious situations. Before the half-time whistle, Barcelona had more than 60% of the ball, and Celta, who started with ten men behind the ball began to play more.

However, Ansu Fati’s early goal settled the nerves early on for Barça as they usually find it hard to score at Balaídos. After a great build-up, Coutinho found Ansu Fati in acres of the space, and the young teenager’s shot found Iván Villar’s near post. This goal means Ansu Fati is first, along with Celta’s Aspas, in terms of goals scored in La Liga this year, with only two games played compared to the former Sevilla striker’s four.

Barcelona kept going, but Celta found life after the opener, and they began utilising their significant technical assets such as Denis Suarez. In the 36th minute, Gérard Piqué could’ve been sent-off had he not been saved by the off-side call on a Galician player. Nonetheless, Piqué would get booked for protesting Clément Lenglet’s sending off. The Frenchman was sent off for an elbow to Denis’ face, which meant he’d get his second booking of the half, and Barça had to play with ten men for the remainder of the half and the game.

A special mention to Coutinho who had a great half and is surely loving it in this mediapunta role, his favoured position. The Brazilian has shown consistency over the two games he’s played since his return from Barça, long may it continue!

All in all, the Culés had a decent half tarnished by the red card which saw Ronald Araújo become the first sub in the game at Antoine Griezmann’s expenses.

Despite going into the half with only ten men, Barça did not take their foot off the gas and decided to keep going to keep their lead intact or perhaps double or triple it. This mentality paid and Koeman’s boys came out victorious from one of the roughest pitch in Spain with a convincing win despite some patches where Celta looked more lively.

Before the hour mark, Lionel Messi did his magic and dribbled past two or three players after Coutinho had passed the ball to him. Messi’s shot was deflected but went in, counting as an own goal, but the Argentine genius won’t be too fussed by the outcome. His lovely run was impressive, and he doubled Barça’s lead, something they needed to do with ten men.

Apparently, Philippe Coutinho was really in the mood tonight as he was close to set up the third goal of the game had Messi not wrongly been ruled offside. The Brazilian’s shot ricocheted off the post, and his captain had an open net opportunity and scored in it. The officials deemed Messi’s shoulder offside, but it didn’t matter in the end as the Catalans won, for once, at Balaídos.

Subsequently, Gérard Piqué, in his quest for his first La Liga goal, nearly injured himself after a Messi cross when he collided with the post. While the former Manchester United player was getting treatment, the play resumed, and Barça had eight men behind the ball in the 66th minute. This sequence was nerve-wracking for any Culé, but Piqué shrugged off his injuries, and everything went back to normal as Neto had very little to do, but did well whenever he had to. After that scare, Barcelona fans would go through another dangerous phase where Celta Vigo’s Nolito’s shot was parried by Neto, and the former Real Madrid youngster’s, Miguel Baeza, shot was saved in-extremis by Sergi Roberto.

Koeman’s boldness did not end with his mentality even with ten men; the Dutch manager even made two bold moves by substituting Trincão and Pedri on. Subbing on two attackers when you need to protect a lead with ten men is an excellent way to counter the opponent and the two youngsters’ pace helped a lot when Celta went more attacking in the final phases of the game. It paid off as Roberto finished the mark with a superb volley after Messi dazzled past the defence. 3-0 against Celta at Balaídos is no small feat, and Koeman’s Barça have now scored seven goals and conceded none in La Liga. Lovely.

It was another great display by the Koeman’s men as they looked absolutely brilliant in the first two games of their La Liga campaign. Hopefully, they can keep this rhythm up.