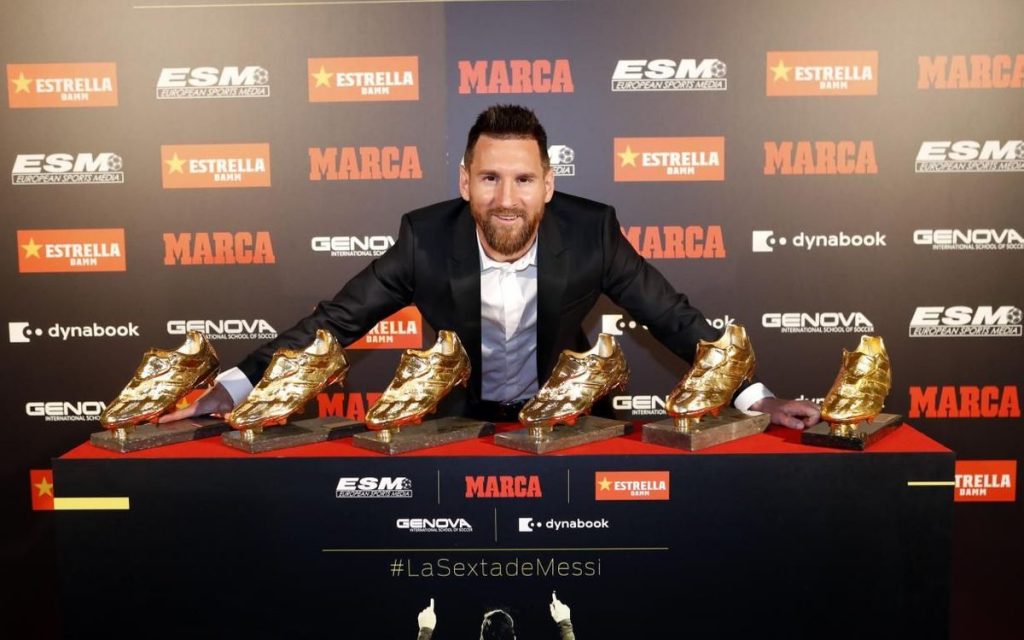 The 26th of May marks another very special day in Leo Messi’s glittering career. Labelled ‘Messix’ by the fans, the Barça superstar secured an unprecedented 6th Golden Boot award. An honour bestowed upon the top goalscorer across Europe. With 36 goals in the league, the diminutive Argentine won a hotly contested race stretching all the way to May 2019, between him and PSG’s Kylian Mbappe. Mbappe scored an impressive 33 goals but Messi pulled clear on the final La Liga matchday of the season. He scored a brace in the 2-2 draw against Eibar, rewriting his name once again into the history books.

Messi was already the only player to hold 5 European Golden Boots. Even more impressively however, this was the third year running that he stamped his name over the prestigious prize. With a tally of 36 league goals, he also crossed the 50 goal mark across all competitions for the sixth time in his stellar career.

“Without my teammates I wouldn’t have scored any goals, this is for everyone, it’s a recognition for the whole team”

Messi in his acceptance speech during the award ceremony

Humble as ever in his speech. The little genius was handed the award by his children in October 2019 at the Antiga Fabrica Estrella Dam in a heartwarming ceremony. Nearly a decade after securing his first Golden Boot, he held his sixth. Another historic piece to add to the collection of his countless laurels. History maker extraordinaire, he is truly greatness personified.