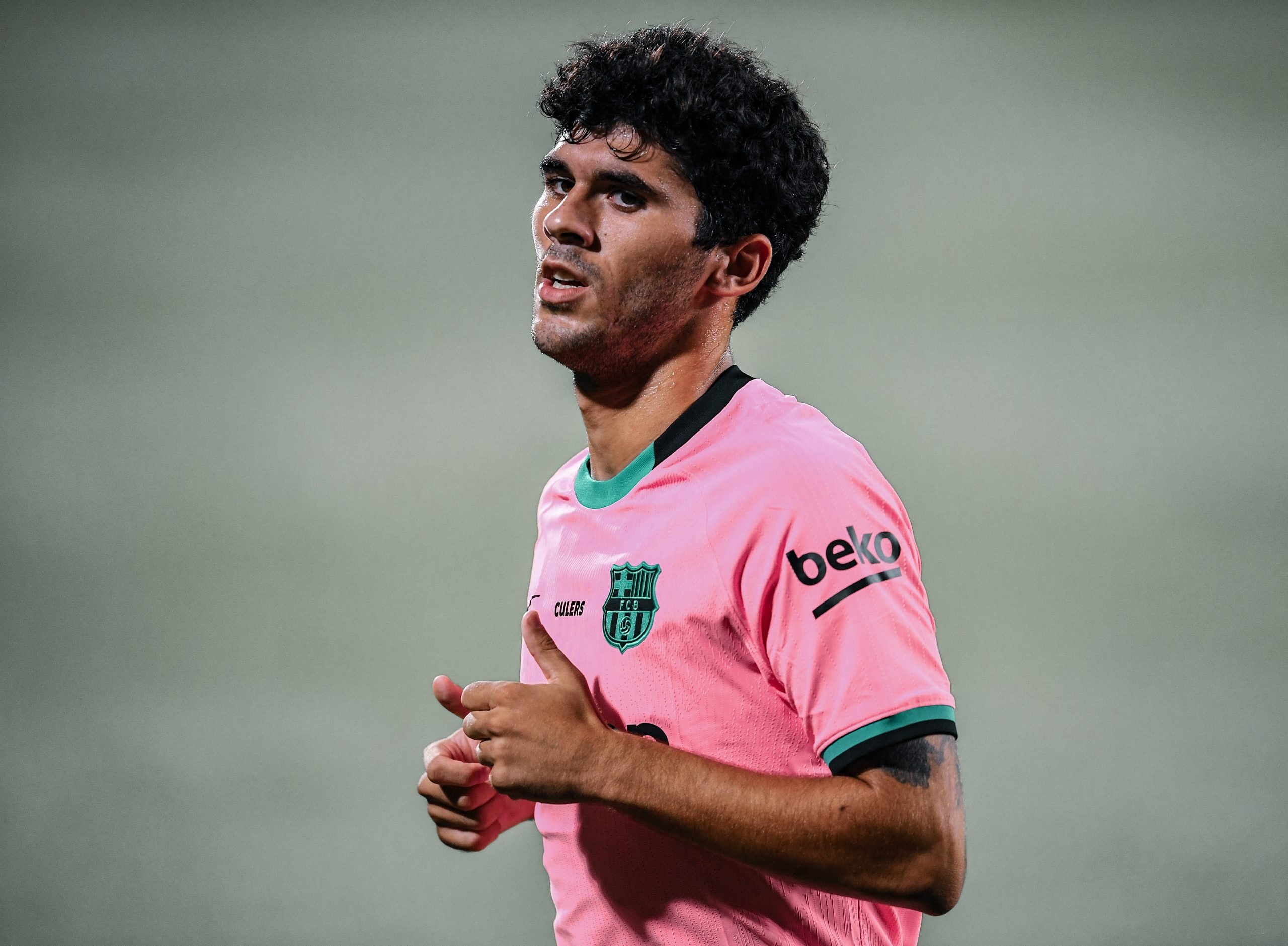 Carles Aleñá returned to Barcelona from his loan spell at Real Betis, but not much has been said about the talented midfielder. The La Masía graduate has all the right attributes to succeed at the club. However, with a new system implemented by Ronald Koeman and competition for minutes, Carles Aleñá will have to adapt his game.

Whenever Carles Aleñá has been given a chance in the first team, he has performed well. It is always difficult for a player to break into the team when they are given limited opportunities. Consistent game time is key in helping them grow and develop.

As an academy graduate, Aleñá has an excellent football brain and understands the system at Barça. This is crucial for any player wishing to succeed at the club. The 22-year-old has the ability to perform well and it would be wrong for the club to ignore another one of La Masía’s brightest talents.

Nonetheless, this new season could present him with new challenges.

There is no doubting the potential that Carles Aleñá has. The only issue is if he is given enough opportunities and whether he can convince the manager. Naturally an interior, the Catalan is technically very good. He has an excellent passing ability and can pass both in tight areas and through the lines of the opposition. Aleñá always looks to find progressive passes that help the team move higher up the pitch. It is something the Barça midfielders have been lacking in recent campaigns.

With great vision and awareness, Aleñá understands positioning and can find clever through balls to the attackers. He is effective in the final third of the pitch and offers more of an attacking threat than most of the other midfielders at the club. The Spaniard thrives in exploiting areas of space and gaps in the opposition defence.

A natural central or advanced midfielder, Carles Aleñá will have to display all his positional intelligence and versatility | Photo by Juan Manuel Serrano Arce via Getty Images

Like Riqui Puig, Aleñá is energetic and can lift the tempo of the team. Both players work hard in the press and are effective in doing so. However, it is their sharpness in passing and constant movement into space that helps Barça play at a higher tempo. For any successful Barcelona side, it is vital to have midfielders like this in their squad.

What his role could be

With the 4–2–3–1 formation looking like Ronald Koeman’s preferred system, Aleñá’s natural position is not available. The double pivot and number 10 roles could be options. Though not renowned as a ball-winning midfielder, the youngster could adapt to the pivot role if necessary. His intelligent positioning, good range of passing and dribbling ability are all important factors to succeed in that area. It would be a slight change, but he could adapt to this position if needed.

A more natural or comfortable position might be as an attacking midfielder or the number 10 role. Aleñá’s best positions are in the centre of the pitch and slightly further forward. Playing in behind the striker could be his best position in the new formation. Giving him a free-roaming role there could benefit the team. He can link well with those around him and has the attacking attributes to excel in this area.

Furthermore, Koeman may change the formation throughout the season. A return of the natural 4–3–3 is always a possibility and players like Riqui Puig, Aleñá and Pedri could get opportunities to shine in their favoured positions. Whatever the case, the talented midfielder should be given time and regular opportunities to improve and establish himself.

What to expect this season

Ronald Koeman has already warned several of the younger players than first-team minutes could be limited this season. This might be a mental game from the manager to get more out of them. Additionally, going by the number of injuries the club suffered last season, there could be more minutes available than expected.

“The young players have to play. They can’t not play. That’s for Riqui [Puig], for Aleñá, for Pedri…They have to play. I told Riqui that he has a future here but it’s going to be tough at the moment because of competition in his position. I recommended that he goes on loan. At 20, the young players need to play”

Ronald Koeman, on Riqui Puig and the other young midfielders in the squad

In the double pivot role, there are only three senior players: Sergio Busquets, Miralem Pjanić and Frenkie De Jong. Rotations will be key if Barça wish to compete in all competitions and Aleñá could be given game time here. Moreover, nobody has cemented their place in the attacking midfielder position and Carles Aleñá should look to capitalise on this. Realistically though, it is hard to see Koeman giving these younger players a consistent run in the team, unless due to injuries.