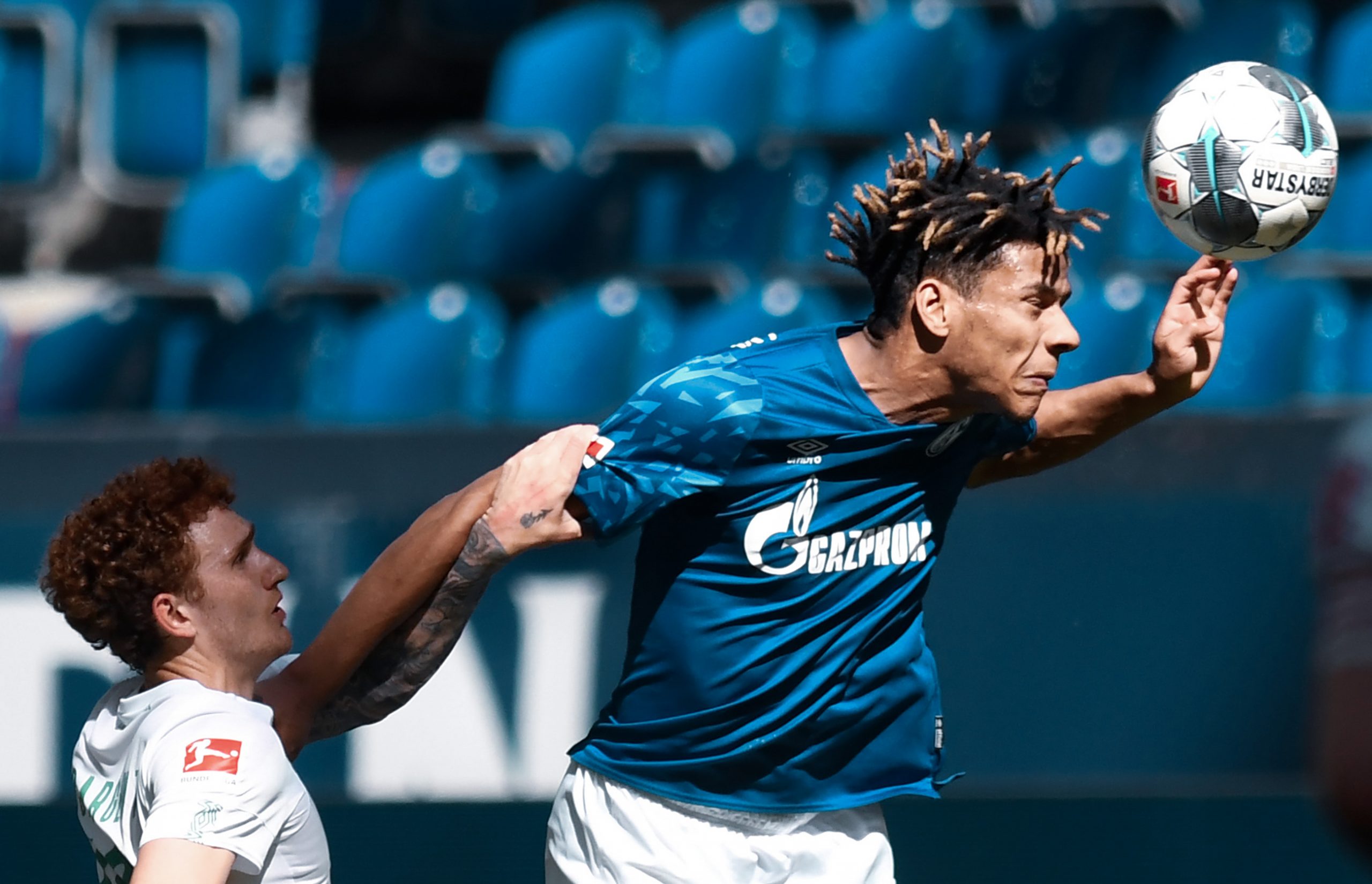 Lately, 20-year-old centre-back Jean-Clair Todibo, on loan from Barcelona at Schalke 04 for the second half of the 2019/20 season, has been strongly linked with a move to Wolves. But could he still make an impression on new coach Ronald Koeman?

After less than a week of being linked with a certain Jean-Clair Todibo, Barcelona completed his signing for a nominal fee of €1 million from Toulouse. During his time in France, Todibo did not participate in a lot of games but was highly rated from his first-half spell in the 2018/19 season.

He was tipped as part of the incredible generation of centre-backs that came from France, including Ibrahima Konate, Dayot Upamecano, William Saliba and Jules Koundé, among so many others. This had to do with his tremendous composure on the ball, passing, and solid aerial ability. He has always had lapses of concentration, but there was not much to dislike; Todibo had the potential to play football for Barcelona.

Despite joining the team as a January arrival, Todibo took time to settle in and was only able to make his debut for the club during mid-April against newly-promoted SD Huesca, keeping a clean sheet. However, he dropped a shocking performance against Celta de Vigo a month later, failing to contain the likes of Iago Aspas and Maxi Gómez.

He only managed to play a grand total of three games after that for the club but was named in the XI against Inter Milan at the San Siro. It was a must-win game for the Italian giants, who were trailing Borussia Dortmund and Barcelona in the Champions League group at that point. Barça had already qualified for the Round of 16, and the result would not matter to them. They did, however, manage to squeeze out a win thanks to a monstrous performance by Carles Aleñé, and you guessed it – Todibo.

The Frenchman ended the game with four clearances, one block, one interception and eight tackles. He had to deal with the threat of Lautaro Martínez and Romelu Lukaku and did so quite brilliantly. Additionally, he won 10 of his 12 ground duels and was not dribbled past a single time while completing two of his own.

Life has come quite fast for Todibo since that game, as he was loaned out to Schalke 04 – even though Barcelona had only two fit centre-backs. In Germany, the 20-year-old completed a substantial shift during his Bundesliga debut against SC Paderborn, completing one key pass and winning 100% of his aerial duels (4/4). He was also part of David Wagner’s plans post-lockdown but faced injury trouble after their game against Werder Bremen and failed to compete for the Gelsenkirchen outfit post that.

Since that, Todibo has had a transfer to Everton fall through, been tested positive for COVID–19 after his return to Barcelona, and now is linked with a move out of the club, with another Premier League team: Wolverhampton Wanderers are in pole position to sign him, according to Sport.

Across his time at Toulouse, Schalke and Barcelona, Jean-Clair Todibo has only collected 25 appearances as a professional | Photo by Pau Barrrena / AFP via Getty Images

Departing Catalonia could, in fact, turn into exactly the breakthrough the Frenchman is looking for, who will likely trickle down the pecking order behind Clément Lenglet, Gerard Piqué, Ronald Araújo and possibly Eric García, with the youngster strongly linked with a return to Barcelona. Barcelona may also have to keep Samuel Umtiti at the club, despite listing him as transferrable. Additionally, Jorge Cuenca has his spot in the squad long overdue and would likely take precedent over Todibo, in spite of also being rumoured to leave Barça.

Todibo has the chance to resurrect his career in England with Wolves, who have been in the hunt for more centre-backs after the injury to Willy Boly came to haunt them last season. They completed the signing of Marçal yesterday, who is presumed to occupy the left-centre back spot. Todibo could serve as the replacement for Conor Coady, who is an exceptional passer and has played every single minute for Wolves in the past two Premier League campaigns. Todibo’s ball-playing skills make him capable of taking in Coady’s slot.

Alternatively, he could also come in the midfield acting as the deputy for Rúben Neves, who plays as a deep-lying-playmaker, pinging in long balls from deep to conduct play. As good as the Portuguese is at long passing, he has failed to cope defensively and is often outplayed. Todibo has had his fair share of time as a defensive midfielder during his time in Toulouse’s youth ranks and can replicate Neves’ long passing in that role.

Todibo’s future can play out in multiple ways; the player is still 20 and has ample time to turn his career around. And if he can provide a repair to the fitness quandaries he has faced in the recent past, there are not many who can stop him from being part of some of the elite defenders in world football.