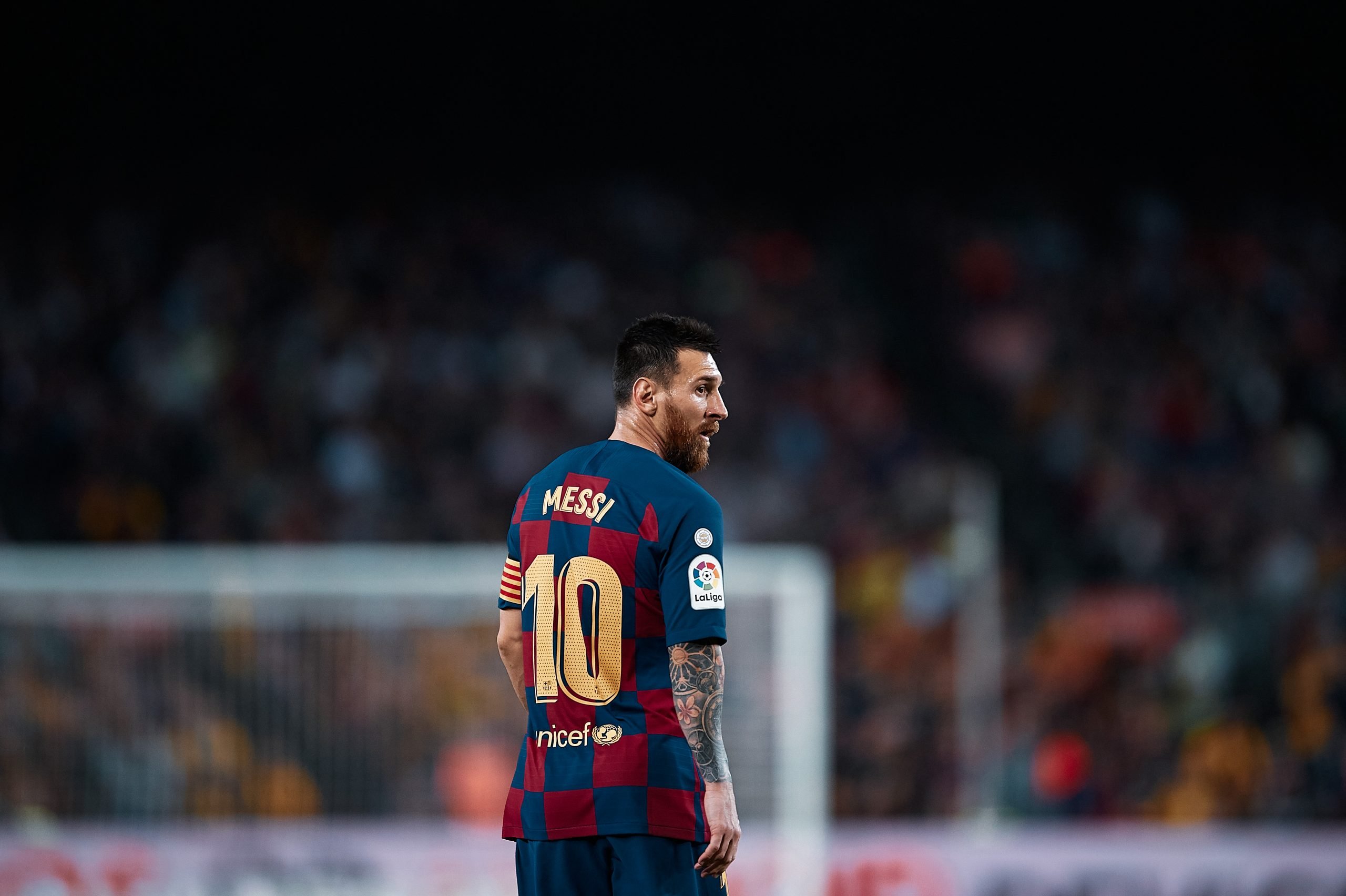 With Messi pushing to leave the club at which he arrived aged 13, one question emerges. Should Barcelona retire their iconic number 10 shirt?

The word legend has not gone unnoticed in the past few days. While the word has lost its definition, it has been used in the correct way ever since last Monday, when some news broke the Internet. Some news, and what genuinely bonkers news. Lionel Messi deciding to leave Barcelona, the club where he grew up and became the best in the business, is the biggest bombshell in the history of sports.

Everyone thought the Argentine would wind down his career in Barcelona and win some more La Liga and Champions League titles when he turned 30 in 2017 before retiring on the city as the most prevalent and vital player in the club’s history, beating everyone who had a bit of history with the blaugranas forever.

Well, that was one of the biggest dreams Messi, and any culé had before living through hell for three years in a row. Today, everyone knows it: Messi may not finish his career as a Barcelona player, and the legendary number 10 is trying everything he can to leave the sinking ship, which is his right after years of carrying a team in decline.

“When Messi retires, which I hope will be a long time from now, they should leave the No. 10 there so that nobody can touch it again”

At 33, this is the first time Messi puts his intentions before the club’s, and it has come as a massive blow for everyone involved at Barça, from the board to the fans, who do not know what to do anymore. This mess has created many interrogations, the first one about the deal itself and the legal battle that has been ongoing for the past week and a half or so in Catalonia.

Today, let’s take a look at another topic, though, less critical than if Messi will leave or not. That is the question of the number 10, the mythical number the Argentine has worn for 12 years, without ever faltering. If Barça could retire it, and if they could, should they really?

First of all, let’s get into the La Liga regulations concerning numbers. The league only allows the 25 first-team members to wear the digits between 1 and 25 on the back of their shirts. That’s why youngsters like Ansu Fati or Riqui Puig, who hadn’t signed for the first team yet, wore the numbers 31 and 28, respectively, and will now wear first-team numbers.

La Liga actually has a moving story revolving around retiring one number. In August 2007, Antonio Puerta, a Sevilla gem at the time, suffered a series of cardiac arrests on the pitch against Getafe. Three days later, the defender died, and Sevilla was in shock because of what had happened. They had just lost one of their promising youngsters in the most tragic of ways, someone who had won two Europa Leagues in a row alongside late José Antonio Reyes and Jesús Navas.

Navas now wore the Sevilla captain armband for the whole 19/20 season with Reyes’ name on it and with Puerta’s number 16 on his back. After Puerta’s death, however, the Andalusian club wanted to retire the number, but the league didn’t let them as it was against the regulations. Therefore, every game, at the Ramón Sanchez-Pizjuán, there’s a tribute to Puerta on the 16th minute.

Sevilla could not retire Antonio Puerta’s number 16, which is now only worn by their academy graduates | Photo by Cristina Quicler / AFP via Getty Images

If Sevilla couldn’t get their number 16 retired, then neither should Barcelona with their number 10, and they won’t. Now, let’s say, hypothetically, the league turns a blind eye on this case and allows Barça to retire it. Should the Catalan giants do it?

Well, not really, no. Many greats have worn inspirational numbers for the club of their life, and retiring numbers is the anomaly in the sport, not the other way around. While Inter retired the number 4 in Javier Zanetti’s honour, the players can choose any number from 1 to 99, without anyone caring. Barcelona is a legendary club that didn’t retire the number 14, 6 or 8, in honour of their most important players ever because they know they will have many more mythical players that will grace the pitch at Camp Nou.

Before Messi, there was Ronaldinho and before him Rivaldo and even before him, Diego Armando Maradona was there. While the latter didn’t enjoy life in Barcelona, the other two did, and never was there a debate about retiring the number 10, as it should be. No player is bigger than a club, and while Messi is the greatest ever, it wouldn’t be fair on others not to have this honour while he did.

Number 7 is an iconic number for Manchester United, as the number 10 should be for Barcelona | Photo by Laurence Griffiths via Getty Images

Other clubs have had greats wearing the same number, and they still use it. The number 7 at Manchester United is filled with history, as George Best, Eric Cantona, David Beckham and Cristiano Ronaldo have all worn this massive number and exceeded expectations at the club. This doesn’t take away that the number has been misused recently, with Memphis Depay, Ángel Di María or Alexis Sánchez all wearing it in the space of three years.

While Barça shouldn’t be as foolish with their incredible number, they should try to give it a new meaning, after the Messi story. Imagine Ansu Fati, the 17-year-old youngster, winning a Champions League in ten years with the same number as Leo Messi on the back. That would be a dream that could happen shortly if Fati is treated well and if the number 10 doesn’t go to a player not worthy of it, because it has a lot of meaning to it.

Being a number 10 at Barça usually means you are the best player in the world, and Barcelona should not misuse their number on someone who will play as poorly as Depay, Álex Sánchez and Di María did for Manchester United with the number 7. Instead, they should wait for the next big thing and, while giving some significant responsibilities, showing the next player enough faith for them to go on and have a fruitful career, walking in the path of the best players to have worn the big number 10 at Barça.