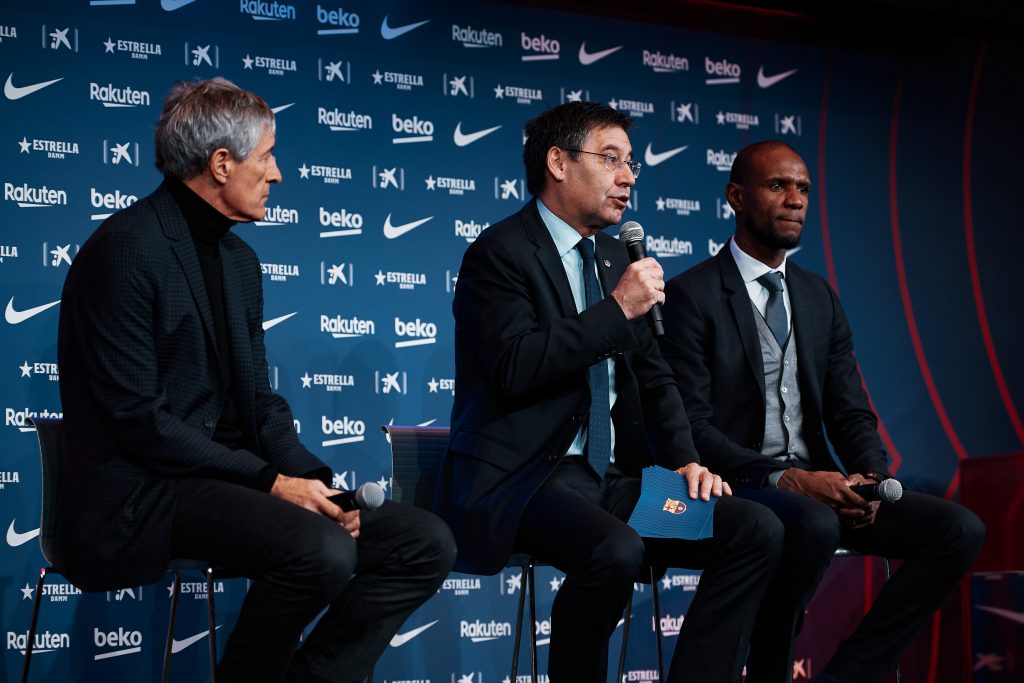 Does all the noise and mess caused by the Josep Maria Bartomeu-led Barcelona board affect and decrease the chances of Quique Setién’s team winning the Champions League?

The fact that Barcelona is in quagmire lately majorly happened because of its board. It is because the people running the club are taking whimsical decisions. A team that has performed exceptionally well consistently in La Liga as well as the Champions League in the past recently lost to a much humbler team: Osasuna. Not only this, but the real shocker was that Barcelona surrendered the title with a home defeat. Osasuna pulled off a 1–2 victory at the Camp Nou.

The defending champions losing to a newly-promoted team is a hard-to-digest fact. That is why many culés did not have much hope to reach the quarter-finals of the Champions League. Nonetheless, the true dream of Barça fans to reach Lisbon came true after beating Napoli by 3–1 on Saturday. It was a sigh of relief for many. Still, although Barcelona has progressed into the quarter-finals in the European contest, the issues and scandals remain there: the board and the players.

Earlier this year, the world of sports was at a standstill. However, the self-inflicted chaos and uncertainty brought Barcelona a topic of discussion among the masses. Allegations, transfer, salary cuts and much more made the headlines in recent times. This clearly shows that the people running the Catalan club have shown an inability to hold their nerve during difficult times. When the embarrassing corruption accusation and boardroom infighting erupted publicly revealed how poorly the iconic club is being run. These public revelations were humiliating for Barça lovers, to say the least.

Six board members resigning earlier this year amid a controversy regarding hiring company i3 Ventures is one of the examples of poor decisions and reckless execution. One of these six people was the vice president of the club, Emili Rousaud. He made some serious corruption claims which led these now ex-executives to sign a joint letter asking for elections by the end of spring 2021. It hasn’t been pretty lately.

The club president, Josep Maria Bartomeu, is now known for his quirky decisions and poor management among the team, critics and fans. Rousaud, in making allegations of corruption on Bartomeu, wants him out as soon as possible. Reports suggest that these corruption claims were first aroused when the mentioned social media monitoring company was highlighted for working on propaganda.

“I think someone’s had their hand in the till at Barcelona. I don’t know who could have been, but I think so. I don’t think it was someone from the board. I don’t know who it was, but I can speculate. When you pay a million euros for something worth 100,000 euros, it is pretty obvious”

The two main reasons for hiring this company were: to secure the reputation of Bartomeu and, on the contrary, to wear down the image of players and people speaking against him, including players like Lionel Messi and Gerard Piqué. This propaganda was also to erode the position of 2021 presidential candidate Víctor Font. The allegations say that a network of fake accounts and social media profiles were being paid from the club’s money to run campaigns discrediting the image of people associated with Barça.

“The existence of corruption within the club is evident. The statements I made regarding this matter are absolutely true and demonstrable”

Later, Bartomeu reacted to these claims in a public statement denying them – well, obviously – and ended the contract with the social media monitoring company.

While the corruption issues were discussed, another new problem arose: alarming wage cuts for the players. Although this was distressing, the players’ support to help the club came when Lionel Messi spoke about the ongoing issues in an Instagram post. According to such, a cut of 70% from the footballers’ salaries was made so that other members of the team could get their full wages.

The Spanish club moving to cut wages, though, is caused by the lack of cash flow due to owing more than €800 million in debt. Well, the situation is as critical as one can imagine.

Most of the key players from Pep Guardiola’s glorious XI have either left the team or retired. The club hasn’t found the right replacement for them nor the left wing ever since Neymar departed. Besides, half of the team is in its thirties, while some absurd transfers have been made lately to (not) save the club from the economic crisis. While the club had spent €618.5 million after Neymar, the poor management and visionless board wasted almost every single penny of these funds on failed signings.

Although this huge chunk was spent to replace Neymar, none worked so far. Therefore, rumours of taking Neymar back were all over the news before the season and the Champions League. Putting aside the 120 million spent on Antoine Griezmann, the club wasted money on expensive players like André Gomes, Yerry Mina, Lucas Digne, Aleix Vidal and Arda Turan, which were never needed.

Swapping Arthur Melo with Miralem Pjanić is a recent example of the board’s unplanned and rushed decisions. This has all been done under Bartomeu and his group. In his recent statements, the president mentioned that youngsters are important for the club, but his actions don’t match his words. It is a no-brainer that the signings done under Bartomeu were failed experiments and cost the club a major deterioration in terms of finances.

The chance of winning the Champions League

Everybody knows that football is a team game, but Barcelona is over reliant on Lionel Messi. Undoubtedly, in the match against Napoli Messi led the team in terms of pressure. The words of Napoli manager Gennaro Gattuso explained it all when he said: “Messi never lets you off easy. It is very difficult to play against him”. If it wasn’t for Messi’s contribution, the prospects of Catalans reaching Lisbon would have been very low.

With all the prevailing board issues and Barça being besieged with rumours of disputes, the Argentine didn’t fail to disappoint his lovers. The victory in the Champions League last 16 cannot hide the problems, but La Pulga‘s magic can surely bring hope. Chances are that the culés can be thrown to the deep end, but hope says, Messi will save.

The crux of the matter is that dirty politics would have eaten the club by now if it wasn’t for the club loyalists and good people trying their best to help and overcome the issues. These are the people who have invested themselves emotionally towards the game as well as to Barça. Therefore, no matter what the issues are and how board’s decisions affected the club, Quique Setién’s eleven will do all it takes to reach finals, and maybe, who knows, win the title? What has a man got to lose in dreaming!