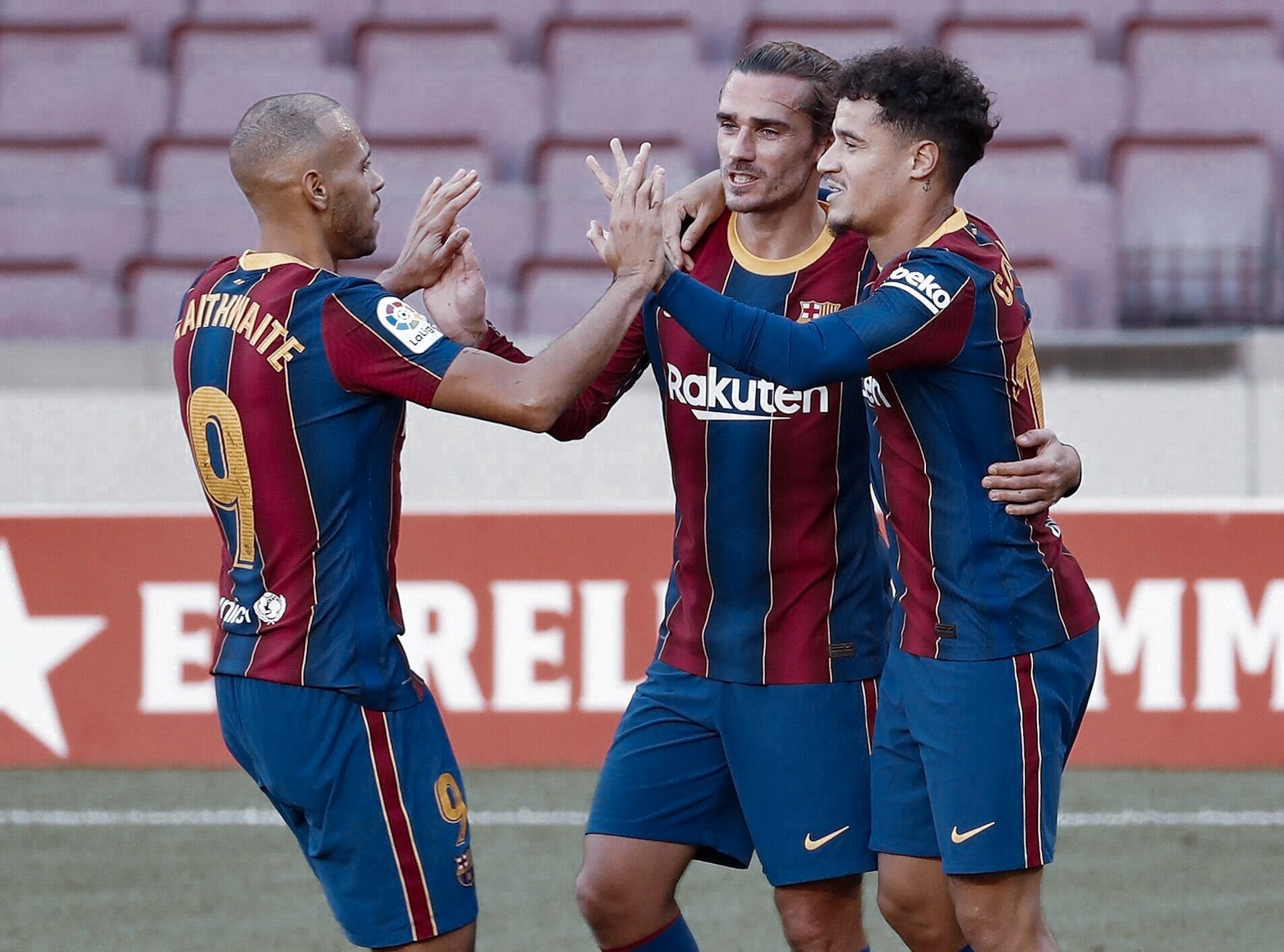 After three wins in a row in all competitions, Barcelona travel to Cadiz for gameweek 12 of La Liga. The pressure is on their shoulders as they hope to build on their winning run.

After last week’s win over Osasuna, Barcelona finally moved into the top half of the table. With two games in hand, the Catalans are ten points adrift the summit, where Real Sociedad currently camps. What seemed like an unattainable peak is now visible, and there’s hope silently crawling up among the fans that the team has what it takes.

Probably for the first time this season, the Blaugranas seem comfortable and confident in a spell of games. Yes, they have faced arguably weaker sides, but the performance in the matches has risen the spirits in the camp. Ronald Koeman’s rotation policies have been a welcome addition to balance the workload of the senior players. Now, the only thing holding the team back is the injury list, but the replacements have stepped up efficiently.

“Cádiz seem to have a hard time earning points at home, but they’re doing good, and they’re a tricky opponent against whom we have to be focused.”

Barça now travel to Cádiz after a successful outing against Budapest, Hungary. In stark contrast to the visitors, the hosts have not won in the last three games, suffering a heavy defeat to Atletico Madrid, three matchdays ago. They have not won at home this season, despite their inspired form away from home. Despite what the record suggests, the newly promoted team will be a tricky opponent for the Catalans.

The injury list has slightly improved for the visitors, as Ronald Araújo gets the green light for this game. Samuel Umtiti is also close to a return, training with the B-team to get back to match fitness. The other three long term absentees remain out for the foreseeable future, with Sergi Roberto contracting the COVID-19 virus and quarantining. For the hosts, Luismi Quezada, José Mari, Juan Cala miss the game due to various injuries.

What to expect from Cádiz?

Cádiz raised eyebrows last season when they set the Segunda División ablaze with their impressive counter-attacking football. Fans from La Liga took notice and started tuning in to the second division games to watch El Submarino Amarillo play. Despite their exciting start to the season, they stuttered in the middle but were able to finish second and get promoted to La Liga, which was the primary objective.

Alvaro Cervera’s journey with Cadiz has been sensational. (Photo by PIERRE-PHILIPPE MARCOU / AFP)

The La Liga season has also followed suit with an inspiring start marking their return to the first division. They beat defending champions Real Madrid away from home in one of their convincing performances of the season. After the game though, they only have one win in five games. However, Álvaro Cervera’s team are inspired to get their first home win this weekend.

“We know they’ll be coming here with the best players in the world, and I imagine they’ll look to maintain their footballing philosophy. Regardless of whether or not Messi plays, we’ll try to put in a good performance and win the three points. We’ll look to approach the game in the best way possible.”

Cervera has been one of the most instrumental parts of their recent rise, with the team incredibly drilled tactically. The constant eleven has given a sense of understanding between the teammates, with the ability to use transitions to the maximum purpose. Switching between 4-2-3-1 and 4-4-2, they look to absorb the opposition pressure and look to counter.

In the current season, they have only two goals from counter-attacks and six goals from other situations. Cádiz often play crosses into the box for one of their two strikers to meet it. Defensively they are stable while protecting a lead, but are prone to give away loose balls while clearing or getting back possession. An interesting tactical setup awaits the Catalans.

In the last three games, Barcelona have scored 11 goals and conceded zero. They are coming into this game on high spirits and rightfully so. With Lionel Messi, Philippe Coutinho, and Marc-André ter Stegen rested mid-week, and most of the players subbed after getting the 3-nil lead, the team is fresh and fit.

With the advent of Martin Braithwaite into the starting XI, both he and Antonie Griezmann have been among the goals and involved in everything that’s going right. Ronald Koeman’s style of direct, high intense football suits the Dane forward, who has meritoriously claimed his starting spot in the last few games. With Messi back, either Ousmane Dembele or Coutinho should finish the front four.

Braithwaite looks like a revelation for Barcelona. (Photo by LLUIS GENE / AFP)

“Braithwaite always tries to stretch the pitch, he has depth, and he’s helping the team because the others, from behind, take advantage of the space he generates thanks to his work. On top of that, he’s effective within the area.”

Óscar Mingueza has been excellent in the games he has played, and Cádiz are a stern test before the match vs Juventus next week. With Miralem Pjanić also running the show mid-week, it would be beneficial for him to continue in the starting eleven. Araújo could have a few minutes to get back to match fitness if Barça pose a sizable lead.

Cádiz will defend deep, and the off-ball runs of both Griezmann and Braithwaite will be crucial. Ronald Koeman could bring on a similar setup of the Osasuna game, where Messi was able to find the duo via through balls. Defensively, the hosts’ attackers will look to stretch the Blaugrana backline, so both Mingueza and Clement Lenglet needs to be careful with the high line.

Player to watch out

Negredo must be kept an eye on. (Photo via Imago)

The 35-year-old is both the top scorer and top assister for Cádiz this season. The Spaniard has missed the last two games with an injury but is back in the squad for this game. While he may not start, the experienced striker is a threat to the opposition defence even at this age. Aerially strong, with a strong shot in his arsenal, he might be the x-factor off the bench for Álvaro Cervera. From the start though, Salvador Sanchez is a good shout. With his pace, he could be a headache for the Barça defence.

The matchup looks to be a high-intensity encounter between the two sides where the neutral audience will get the most joy out of. The two sides are in different forms coming into the game, but the hosts have faced much more difficult opposition. Barcelona, however, should edge out in what promises to be an exciting match.