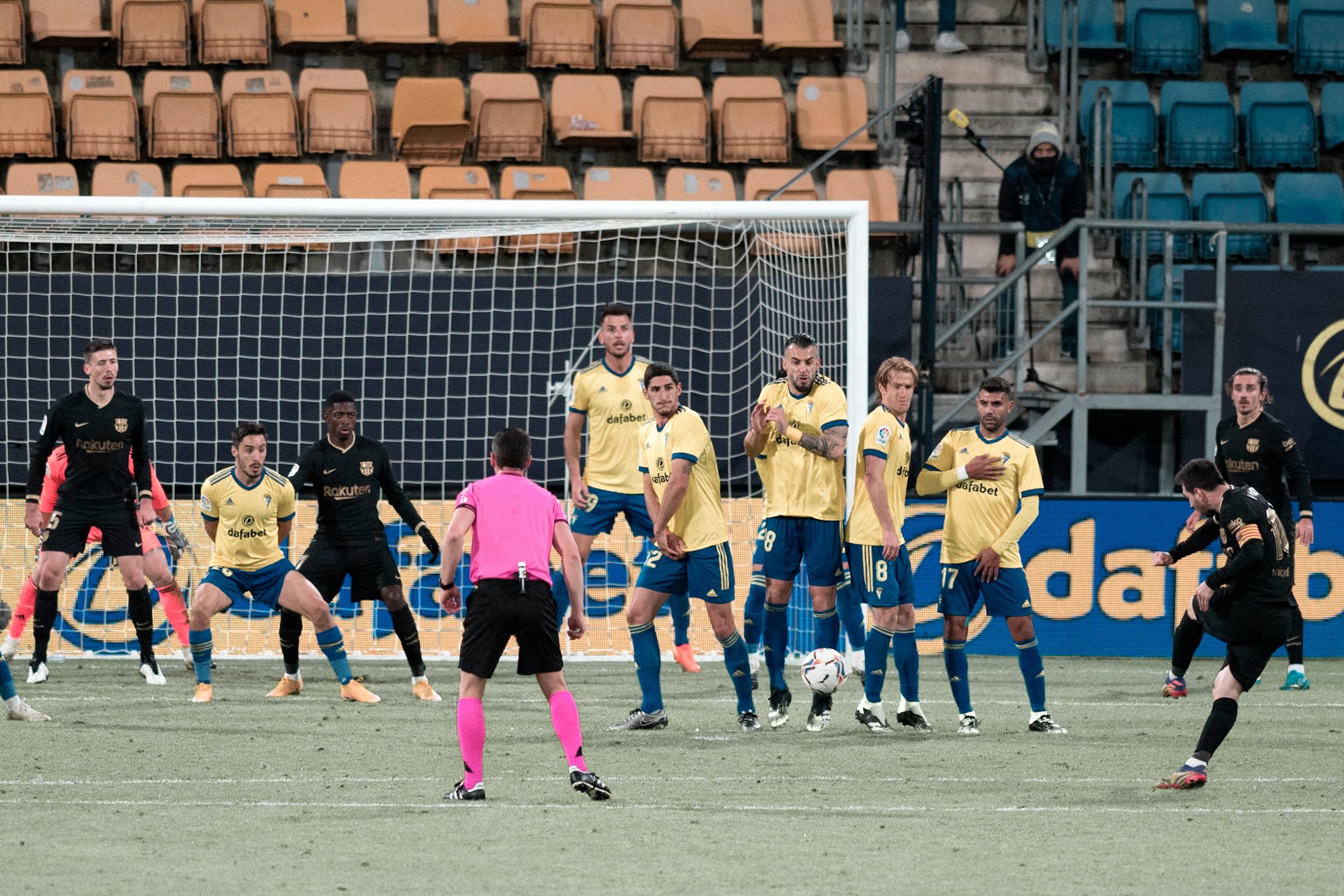 A horrible start. After three games in heaven, Ronald Koeman’s Barcelona crashed back down to Earth. The Dutchman chose to start with no real wingers, and this cost him against the water-tight Càdiz.

The Andalusians took the lead early in the half. A corner whipped came in from the right. Oscar Mingueza, who fell on the ground, turned the ball in the back of his own net. This is the youngster’s first howler since his first start against Dynamo Kyiv.

After that, Barça had the ball for the whole half but did next to nothing with it. Lionel Messi sent Martin Braithwaite through, but the Dane could not connect with the goal. The Blaugrana captain also came close to scoring with a superb free-kick, but the whole Cádiz side camped in the goal and cleared the Argentine’s shot. Sergio Busquets even tried an audacious shot from distance when he saw the Cadiz goalkeeper way off his line.

All in all, a horrid half from Barcelona. Apart from two or three half-chances, the Catalans never looked like scoring and had to improve in the second half.

Another horrible display. The Catalans came full guns blazing in the second half but did nothing much. Ousmane Dembélé and Pedri came on at half-time but did not really have an impact.

The Catalan giants got their equaliser before the hour-mark, with Jordi Alba’s deflected shot getting in the back of the net. The Spaniard was in a good position after Messi found him on the edge of the area. It seemed like the visitors were going to knick a win from there.

A few minutes later, Alba’s throw-in could not get onto Clement Lenglet’s feet. The Frenchman left the ball for Marc-André Ter Stegen. The German’s clearance could not get further than Alvaro Negredo’s foot. The former Manchester City striker dribbled past Frenkie de Jong’s tackle and scored in the empty net. A cataclysmic goal to concede.

After that goal, the hosts shut up shop, but Barça had many chances. The visitors could not find an equaliser and Cadiz found gaps in the defence and had the opportunity to double their lead.

All in all, this was an abysmal performance from Koeman’s men. Two mistakes cost Barça, but they did not deserve more than a draw. The Dutch manager has to change many aspects of his lineups to get a win in the next games.

That brings an end to the Match Review of the Cadiz 2-1 Barcelona game.