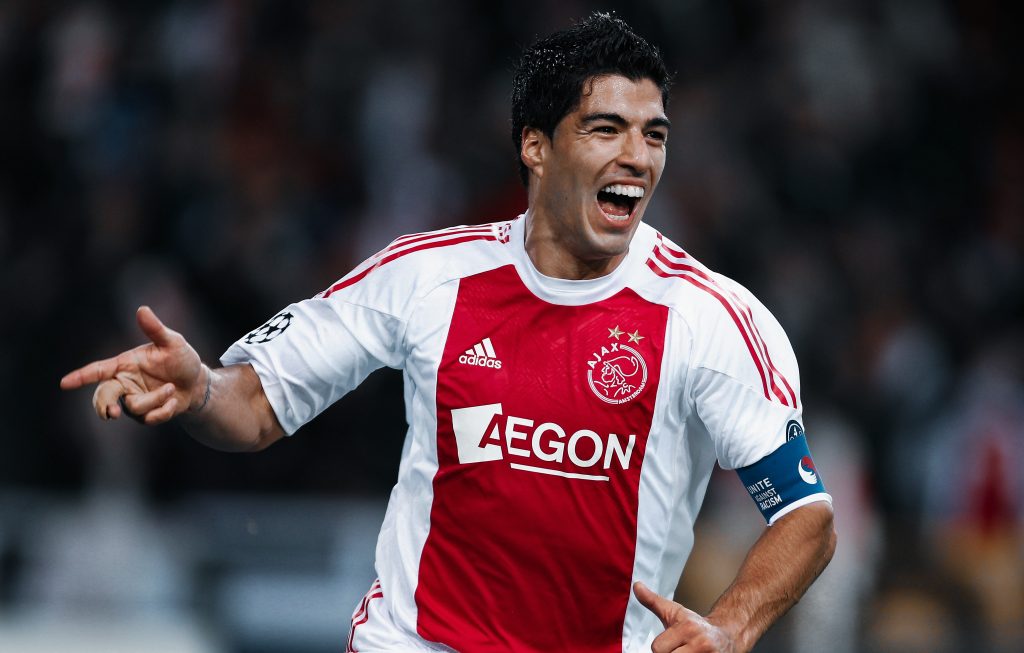 Barcelona look set for a massive revamp in the coming season. The disgraceful 2–8 defeat to Bayern Munich has put the future of several club legends in doubt. With his former club Ajax heavily interested in signing him, what would the transfer mean for Luis Suárez and for Barça?

It was the year of 2006. A young promising talent had lit up the eyes of scouts in the Netherlands. The lad seemed to have a natural way with the ball, and a keen eye for goal. Just over a year later, he had signed with the European giants’ Ajax, where he would form a lethal partnership with Klaas-Jan Huntelaar. As the captain, he led the Amsterdam-based side to the Dutch Cup and earned the respect of the fans alike.

Fast forward 13 years and the Dutch club are looking to bring their gem back home. De Telegraaf have reported that Ajax are desperate to make the move for Barcelona’s Luis Suárez materialise in the coming window.

Is it time for Suárez to step out of Barcelona?

Luis Suárez arrived in 2014 at a star-studded Barcelona team, one decorated by some of the most beloved homegrown stars. Despite not being even remotely linked to the academy, he has gone on to become a bonafide club legend at par with them all. That dreaded Lionel Messi, Suárez and Neymar trio which he was a part of is one that the world will never hear the end of. His commitment, dedication and passion are unmatched. There are countless memories that he has gifted the club with, however, this could very well be the end.

Friday’s 2–8 drubbing in Lisbon was the wake-up call that was finally heard. Though ignored in the past, one cannot see a way that this warning can be dismissed softly. The club is screaming for change, for rejuvenation and revival. The repercussions of the humiliating defeat have been understandably huge. Heavyweights at the club are no longer at liberty, including Suárez himself. One would expect the coming seasons centralised at rebuilding around the youth. Understandably, the veterans are expected to have a diminished role.

On a personal level too, Suárez will find it most sensible to call it time. He has etched himself into the history books of FC Barcelona. Forcefully extending his stay at the Catalan capital will only serve to tarnish his golden image. Playing at such elite clubs is never a simple task, more so ever at the age of 33. Every minute mistake is scrutinised microscopically, and the margin for error goes on diminishing. At this stage of his career, it would be practical of him to realise that he may turn into a burden. A gracious exit like other club legends in the past would seem a promising option.

What would his exit imply for the club?

Suárez has led the front line of Barcelona for a substantial period. It would be unrealistic to call for any player to fill in his shoes immediately. The void would be large and may seem difficult to fill in the initial period. Sensible transfer decisions along with a revamped system may be the way through.

The departure of Luis Suárez to Ajax would facilitate the budding of a new generation. Moreover, more valuable minutes could be invested in deserving players. Even though the fruits may not be obtained in the next season, it would be a positive move in the long term. The cleared up wage would help renew contracts of meritorious players.

On a personal level too, it would be a productive move for El Pistolero. There is little doubt that he can still be one of the deadliest strikers on his day. Playing in a somewhat lower league would bring out the best of his last years. Additionally, playing for Ajax would mean he can continue to play in the Champions League at the top level. The Dutch club look well poised to defend their Eredivisie title and he would undoubtedly continue to rack up silverware. After all, returning to one of his first clubs is a dream of any sportsman.

At the moment, the Barça squad lacks another out-and-out number 9. Antoine Griezmann has never been the main man of a front line. Martin Braithwaite seems set to leave with multiple Premier League clubs interested. Using wingers like Fransisco Trincão, Ansu Fati or Ousmane Dembélé doesn’t seem to appease that either, given the are natural wingers. Barcelona have regularly been linked with Lautaro Martinez, but the cloud of uncertainty continues to hover. If the club fails to sign a number 9 in the event of his departure, they will find themselves in deep trouble.

Luis Suárez is the third top goalscorer in Barcelona’s history, only behind Lionel Messi and César | Photo by David Ramos via Getty Images

Since the departure of Neymar Júnior, the burden of goalscoring has almost completely fallen on the shoulders of Suárez and Messi. The big-money signings failed to create the promised impact, and it wound up to a stage where no player except the duo tried their luck on goal. As easy as it has been to demand the dropping of Suárez, every culé knows that there are hardly any others that have a go at goal. What made Ansu Fati so special in his debut campaign was his bravery and readiness to shoot.

The Messi-dependency is already at its peaks, and one fears that the departure of Luis Suárez to Ajax would overwhelm the Argentine. The story of their friendship is something extraordinary, and one could see Messi slightly disinterested when his mate was out after surgery. What would the impact of Suárez’s departure be on Lionel Messi? As a professional, there should be zero impact of such factors. However, one knows that such personal factors do have an enormous effect.

A hasty decision may not be the answer. Yes, it is time for him to move on. Nonetheless, the decision must be carried out systematically. It needs to be coupled with the right decisions at the transfer market to minimise the aftermaths of a club legend’s departure.

Luis Suárez has made his desire to return to Ajax well known in the past. With Barcelona looking set for a major revamp, and a new board set to come in in March, it seems this could be the best time to say goodbye. There is no doubt that he will forever be etched in gold in the history of the club.