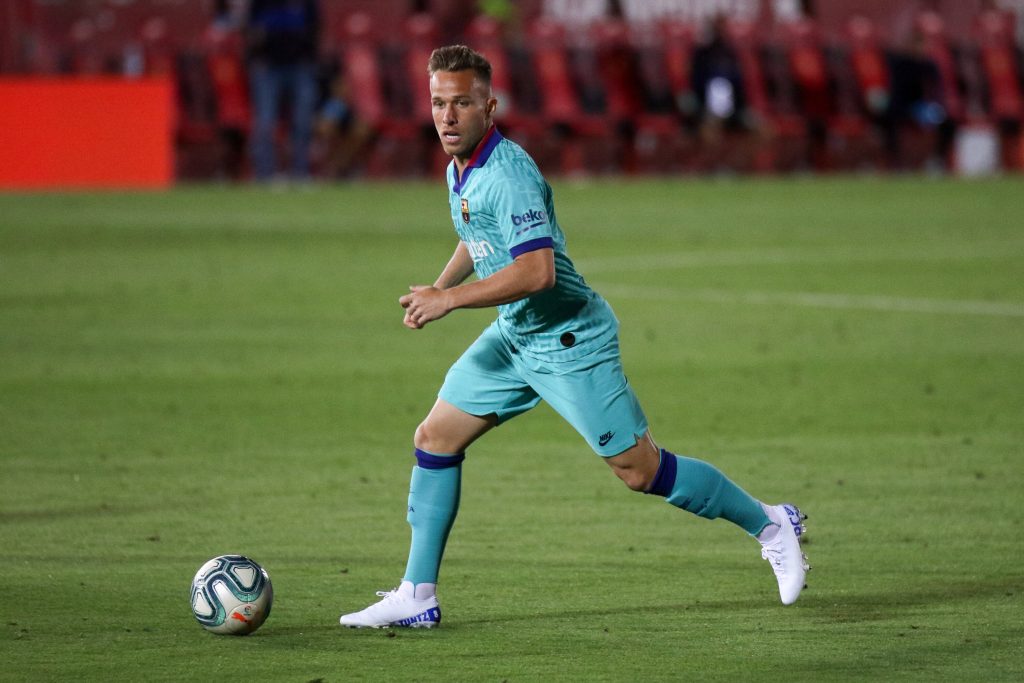 Photo via Imago by Guillermo Sanchez

And now it’s official: Arthur Melo signs with Juventus after the Bianconeri managed to get the deal with both the player and Barcelona over the line. It’s not exactly out of the blue since we kept hearing about a potential swap deal including Miralem Pjanić, but this does come as a surprise to many Culés out there.

Both clubs have now confirmed on their official websites and the Brazilian will indeed be traveling to Turin shortly and will be presented in the white and black, slotting into the squad alongside superstars like Cristiano Ronaldo and Paulo Dybala.

Earlier reports also indicate that the Brazilian will earn a salary of €5m per year and that this operation will cost Juventus €72m + €10 min in variables while Pjanić will go the other way shortly for €70m. He signed on a five-year contract and his basic salary will include some bonuses and will potentially rise to €7m over time.

There were high hopes for the midfielder in Catalonia and this transfer didn’t seem likely when the rumours first started appearing but despite the player’s initial resistance, the board have managed to shift their man and accumulate some profit along the way.

And as Arthur signs with Juventus, Barcelona will undoubtedly be on a lookout for further reinforcements in the market and it will be interesting to see who ends up coming to the Camp Nou in the near future.

The chase for a superstar signing continues and we know that both Lautaro Martínez and Neymar Júnior are on their agenda. However, with money scarce and the targets extremely expensive, it wouldn’t be surprising to see more sacrifices being made following the Brazilian’s departure.

One way or the other, Barcelona will make sure to get their ‘Cracks‘ but at what cost? Who will be the next collateral damage in Bartomeu’s ever-lasting chase of superstar signings? Only time will tell.