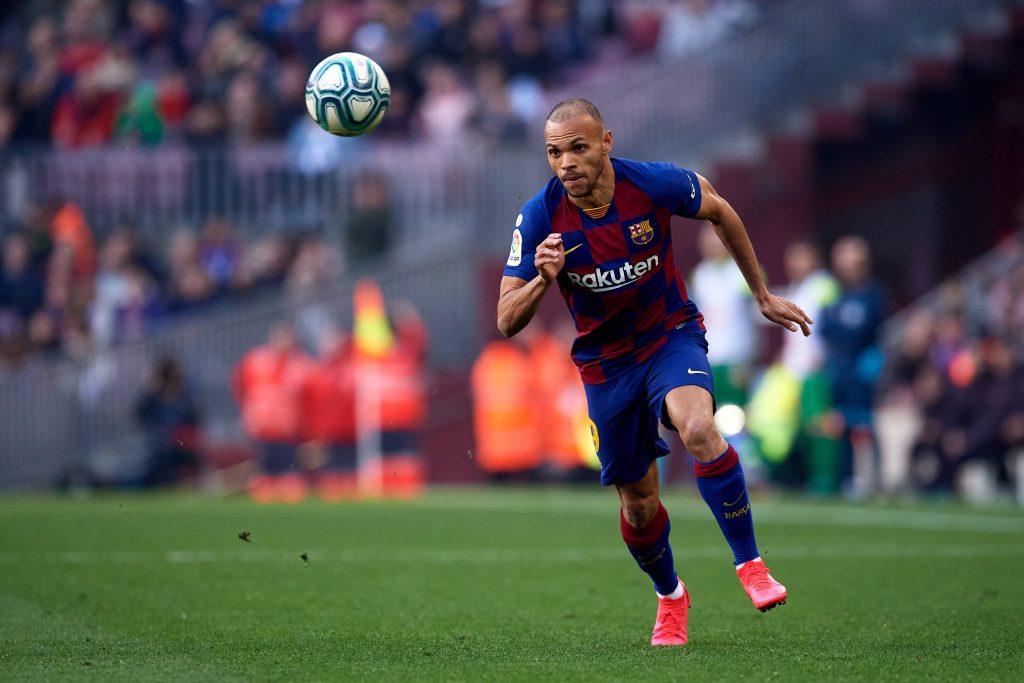 Martin Braithwaite throws down the gauntlet to Suárez as the Danish striker is looking to get back into the fray guns blazing.

LaLiga is just around the corner and both football and the world as a whole are finally starting to recover from the recent outbreak that put everything on hold.

And there’s also some great news for the Barcelona camp as their Uruguayan centre-forward is edging ever closer to full recovery following his knee surgery back in January.

But according to a recent report by Marca, there might be another competitor looking to impress the right people as Martin Braithwaite throws down the gauntlet to Suárez.

The Madrid-based outlet claims that the Dane has left the coaching staff at Barcelona simply stunned with his physical condition when the players all returned to training after the enforced break.

‘There isn’t a single player who works as hard or trains as hard as I do, physically nobody can beat me,’ Braithwaite explained recently and it seems that he wasn’t bluffing at all.

Of course, surpassing Suárez and edging past Ansu Fati in the hierarchy won’t be an easy task for the emergency signing who could only amass 128 minutes at Barcelona before the break.

But despite the initial doubt surrounding the former Leganés forward’s ability to adapt to the Barça style of play, Braithwaite was already able to demonstrate the power, speed and fire he can bring to the Blaugranas if selected.

And let’s not forget his brief came in El Clásico that should’ve even ended with him scoring for the Catalans. He might face an uphill battle against the Uruguayan Pistolero but this Dane is not planning to back down and that’s great news for Barcelona but maybe not so great for Suárez himself…