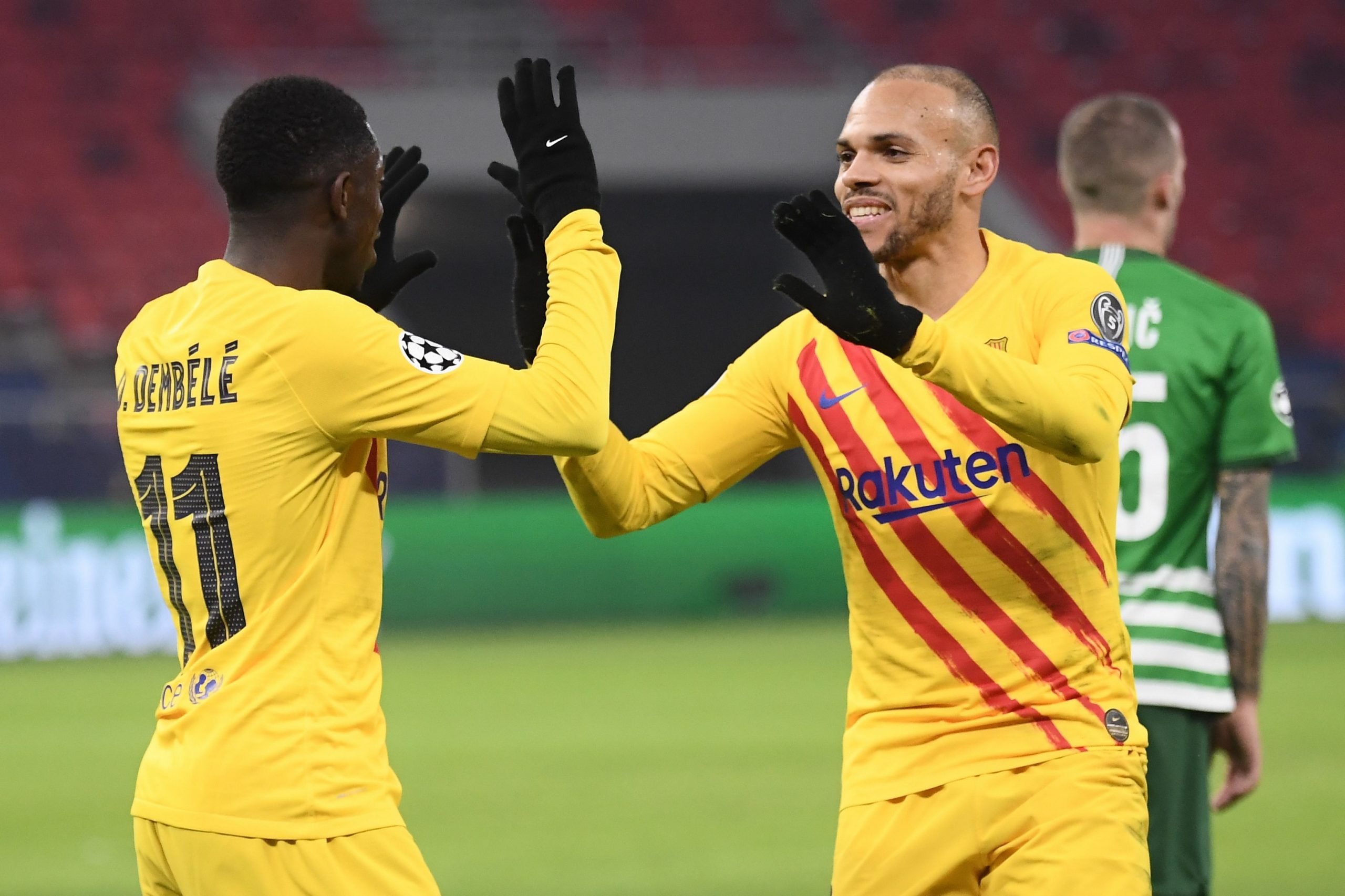 Martin Braithwaite scored another goal in the Champions League against Ferencvaros. The great Dane even won a penalty and overall, justified his selection once again. He spoke to the press after his excellent display.

“Dembélé approached me and asked me to let him shoot the penalty, and I replied: ‘Sure, take it.'”

Ousmane Dembélé assisted Braithwaite for the second goal. The Danish striker returned the favour by gifting him the penalty. Dembélé was also in full-flow in Hungary as he terrified the Ferencvaros defence. His cross to Braithwaite also was a delightful sight.

“I’m a striker, and my job is to score goals. If I don’t, the crowd will undoubtedly disappointed.”

“It’s my turn to work hard, the results are coming and the players are happy to play together.

After a lackluster start in Catalonia, Braithwaite is finally coming good at Camp Nou. The 18-million pound signing has scored in his last three games and has changed the team’s shape. If he keeps that form, there is no reason to drop him.

“There are new players on the team who should be given some time.”

Perhaps Braithwaite is referring to the younger players, like Riqui Puig and Carles Aleñá, who have not got the game time they deserve. As a fringe player himself, Braithwaite is the embodiment of the rewards of hard work. If the other backup players show that they deserve to be at Barça, there will be no reason to drop them.

“We are on the right track, and positive results are coming.”

After three thumping wins in three fixtures, Culés feel the confidence flowing around at Camp Nou. However, let’s not forget who Barça played. The Catalans need to show that level against bigger sides too.