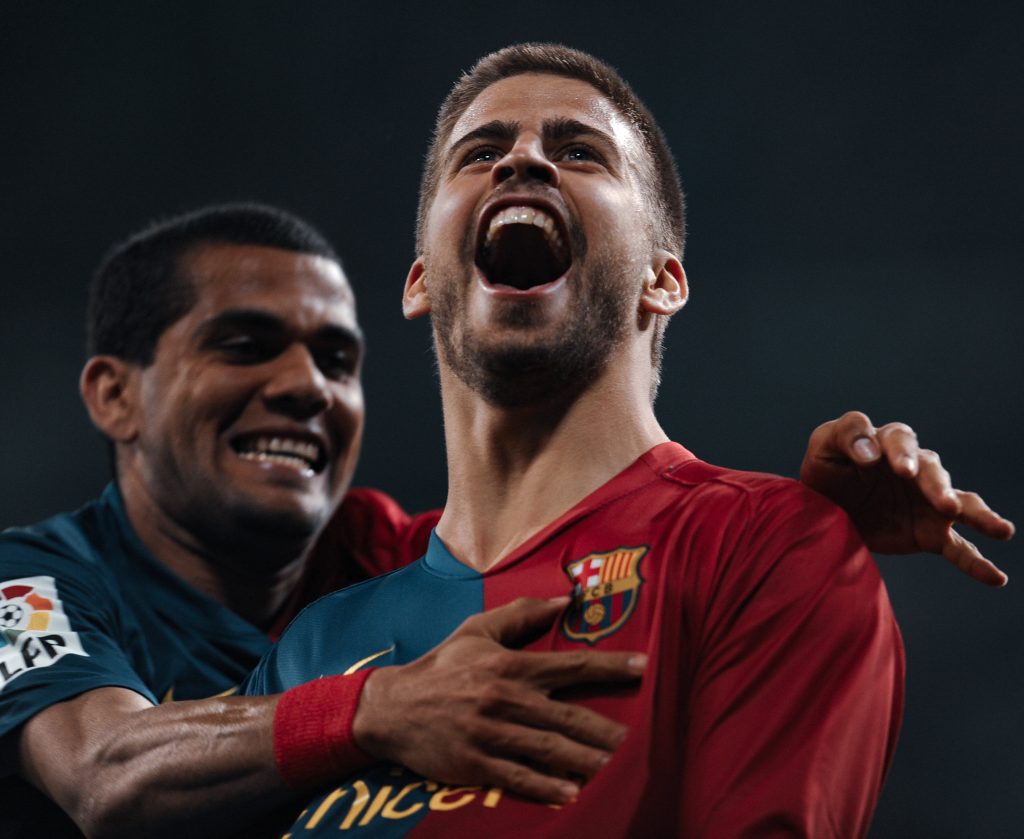 As La Liga’s return approaches, let’s have a bit of fun by configuring the best Barça team with recent transfers, but with a limited budget of 200 million euros.

Barcelona have always been big spenders. Even in La Masía’s best years, big-name stars have signed for the blaugranas and have dominated Europe. Recently, the spending has become excessive, and lesser-known players have signed for astronomical fees.

This line-up consists of the best value-for-money players considering their transfer fees when they signed for the culés. Of course, the La Masía graduates who have spent all their careers at the Camp Nou do not count. That means no Sergio Busquets, Carles Puyol, Andrés Iniesta, Xavi Hernández or Lionel Messi. To be able to make a reasonable eleven, we have set a limit of 200 million euros, with the fees of their transfers being taken from Transfermarkt. Also, to keep the values relevant, all signings were made in the 21st century.

Succeeding a club legend is always a hard task, but to be able to reproduce what Víctor Valdés did for Barça is one of the toughest jobs ever. Marc-André ter Stegen was a bright youngster at Borussia Mönchengladbach before signing for the Catalans in 2014. Bought for 12 million euros, the German took one step at a time before becoming one of the best keepers in the world. For Barça, no one would be more fitting than the German. His outstanding footwork, along with his superb saves, make him one of the best sweeper-keepers in the world and talks of him signing a new contract shortly has delighted the culés.

Dani Alves is arguably the best right-back of all time and undoubtedly Barcelona’s best ever. The attacking full-back’s connection with players like Lionel Messi made him look like a La Masía graduate, and the attacking threat he posed did wonders for Barça’s golden era. A competent defender, his ability in attack, dribbling and inventiveness helped his team win many games and dominate in the final third. Also, his weapon of a right foot traumatised many keepers, even Iker Casillas.

Already one of the best right-backs in the world at Sevilla, at Barcelona Dani Alves would become the best one in history | Cristina Quicler / AFP via Getty Images

When Pep Guardiola was assembling his team in 2008, he needed a centre-back. The former midfielder opted for an inexperienced ex-culé defender in Gerard Piqué. Piqué’s Manchester United career was over after a few games according to Wayne Rooney as he was deemed not good enough by coach Sir Alex Ferguson. However, it did not scare Pep, as he spent 5 million euros to bring Piqué back to Barcelona. The defender has since become a mainstay in the azulgrana eleven and has excelled for more than a decade at the Camp Nou. A bargain.

❛ Bolton away more or less finished Gerard Piqué’s career at United. He was young and got bullied there, and I think that’s when Fergie [Sir Alex Ferguson] decided that, physically, he wasn’t right for the Premier League ❜

Éric Abidal is another legendary addition to this side. The defender left his native France in 2007, and although he had a quiet first year at Barça, he excelled for the Catalans as a left-back and could play at centre-back too, if needed. After Pep Guardiola came, Abidal developed his game and left Barcelona as one of the greats, even with all his health struggles. Abidal, like a true warrior, never gave up after a setback and recovered from cancer to lift the Champions League title just a few months later.

Much like Piqué, Jordi Alba decided to leave his boyhood club early before coming back for a great stint. After starring for Valencia and Spain at the 2012 European Championships, Jordi Alba drew interest from Barcelona. They snapped him up for 14 million euros in 2012, and the left-back has gone from strength to strength ever since. His understanding with Messi is, at times, unstoppable and he hasn’t stopped being a threat in attack, even if sometimes he’s not efficient enough. In this team and alongside these players, Alba would add some pace offensively and would cause all kinds of trouble on his left side.

They don’t make them like this anymore. Seydou Keita was perhaps one of Pep’s favourite players ever. The Malian international came with Dani Alves from Sevilla in 2008 for a considerably lower fee. The perfect impact sub, Keita never complained about his playing time or anything else and in his four years at the Camp Nou he managed to rack up more than 100 league appearances. A tireless midfield machine, the Malian always sacrificed himself through his commendable work rate while his passing and shooting ability was incredible as well. The way he broke pressing lines was admirable and spending €14 million on a player like this was a steal.

Yaya Touré is one of the modern generation’s best box-to-box midfielders. Deployed even as a centre-back at Barcelona, Yaya could play further up the pitch and destroyed the Premier League with Manchester City. At Barça, he replaced Carles Puyol perfectly in the 2009 Champions League final and then left Catalonia. At City, he was the king of the Premier League. One of the few brilliant midfielders to score 20 goals in a single campaign, he lifted the Citizens to a league title against a fierce Liverpool side. For only 9 million euros, signing Touré would bolster the midfield massively.

It would be blasphemous not to include Ronaldinho Gaúcho in this eleven. The Brazilian is the line-up’s most expensive player, and he’s worth every penny. Coach Luis Fernández benched the attacking midfielder at Paris Saint-Germain, and a few years later, Ronaldinho signed for Barcelona. Already a World Cup winner with Brazil in 2002, in which he scored an incredible free-kick chip against England’s David Seaman, he cemented his place as one of his country’s best when he later destroyed the Spanish La Liga and conquered Europe.

After his time at PSG, Ronaldinho would go on to change Barcelona’s history and dynamics with his signing in 2003 | Photo by Imago

He’s also one of the few Barça players to receive a standing ovation at the Santiago Bernabéu against fierce rivals Real Madrid. His skills that day made him look like a god, and he reached his peak that year. A Ballon d’Or winner in 2005, the Brazilian will always stay in the culés‘ minds as one of the best to ever play for them.

Juan Román Riquelme is another elegant midfielder, but he did not achieve half of what Ronaldinho did with Barça. Nevertheless, the Argentine’s delicate style of play made him a fond character for neutral fans and his price tag of 10 million euros makes him a very cheap option. Besides, his achievements with Villarreal were impressive, and he deserved the plaudits he received while playing for the Yellow Submarine. An Argentina regular, he starred for them for several years as he was named the Argentine footballer of the year on four separate occasions. An excellent addition to a team to add flair alongside Ronaldinho.

Thierry Henry is Arsenal’s best player ever, but the Frenchman also made it with Barça. Bought for 24 million after several impressive campaigns for the Gunners in the Premier League, Thierry was an excellent centre-forward and winger at a team that was dominating the game. Titi is one of the few players to have won it all with his teams, other than the Ballon d’Or.

Furthermore, he proved his worth in the French national team as he was part of Raymond Domenech’s set-up at the 2006 World Cup, in which he scored against Brazil. Henry is one of the greatest players in the 21st century, and his addition to this squad was needed.

Samuel Eto’o undoubtedly is one of the best strikers to ever play for Barcelona. Few players have achieved what the Cameroonian has at club level in terms of goal, trophies and playing style. The only player to win two trebles in a row, Samuel Eto’o was of the main men of the two teams he dominated with.

❛ I love him as a coach, but not as a person ❜

At Barça, he formed an outstanding partnership with Leo Messi and Thierry Henry and scored 36 goals in the historic 2008/09 treble season for a manager he disliked in Pep Guardiola. Swapped for Zlatan Ibrahimović in 2009, Samuel Eto’o showed Pep what he was missing as he destroyed the Serie A with Inter and beat Barcelona in the semi-finals to win the Champions League in 2010. All that playing while for Pep’s arch-nemesis in José Mourinho. For €27 million, Eto’o deserves to complete this squad.