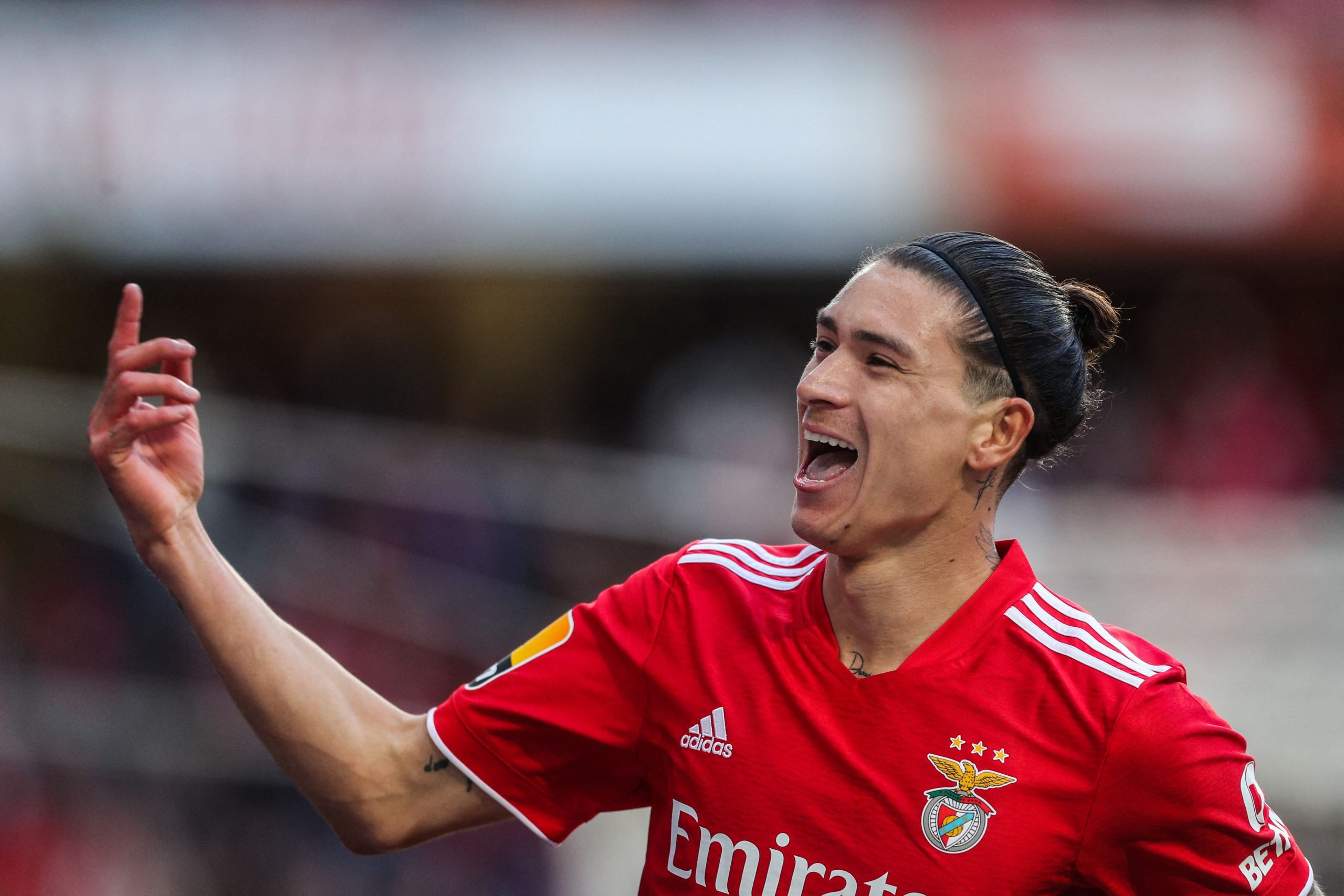 SL Benfica forward Darwin Nunez is a man in demand heading into the summer transfer window. The 22-year-old is enjoying a fine campaign for the Portuguese giants, having already plundered 31 goals in just 36 matches in all competitions.

It has put him on the radars of several top clubs in Europe, with Barcelona among his suitors. The Blaugrana are in the market for a new centre-forward and have their sights on Borussia Dortmund ace Erling Haaland and Bayern Munich superstar Robert Lewandowski.

However, if they fail in pursuit of the Bundesliga duo, Barça have identified Nunez as a potential alternative.

Apart from the Catalan heavyweights, the Uruguayan international is also being pursued by a host of Premier League clubs like Arsenal and Manchester United, while Atletico Madrid have also shown an interest in the striker.

Now, a report from Fichajes claims that Benfica could demand a massive sum of €120 million for Nunez amidst the widespread interest in his services.

The Portuguese giants’ manager, Nelson Verissimo, recently admitted in an interview that he hoped that Nunez’s sale would fetch the club the same transfer fees that they had pocketed by offloading Joao Felix.

The former Benfica wonderkid signed for Atletico Madrid in 2019 in a deal worth €127 million. And, the club are now hoping to get €120 million from the potential sale of Nunez in the upcoming summer transfer window.

It would see them make a profit of nearly €100 million considering that they paid just €24 million to sign the Uruguayan from UD Almeria in 2020.

While the 22-year-old is in tremendous form and still has over three years left on his contract, the €120 million price tag still seems very excessive.

Reports previously had indicated that Benfica could do a deal for around €80 million and that could be a more agreeable fee for Nunez’s suitors come summer.