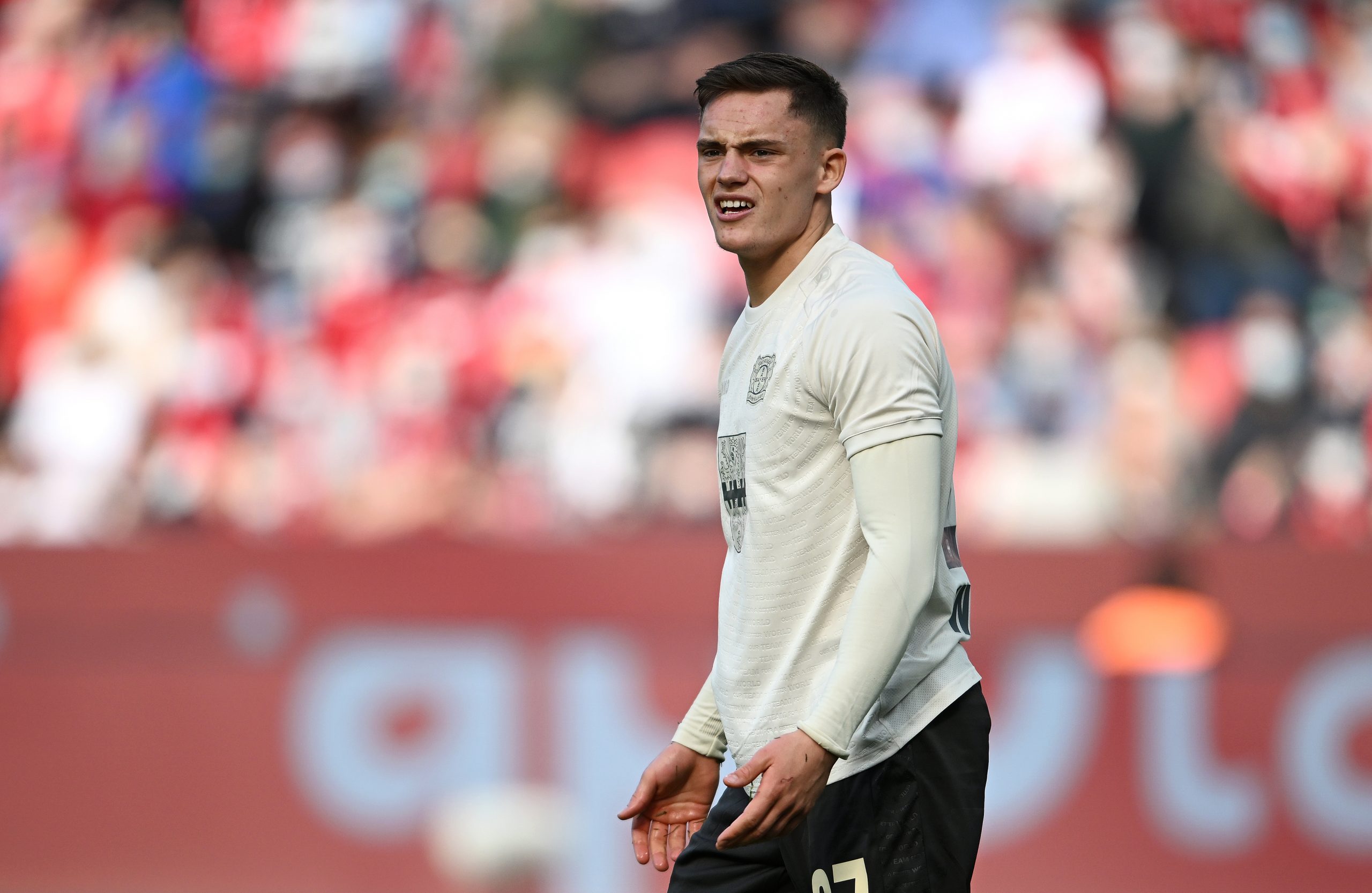 Florian Wirtz has emerged as one of the brightest young prospects in German football over the past eighteen months or so.

The FC Koln youth footballer moved to Bayer Leverkusen in January 2020 and became a part of the first-team setup since the 2020/21 campaign, filling the spot left vacant by Kai Havertz’s departure to Chelsea.

The 18-year-old enjoyed a decent debut campaign and then went on to win the UEFA U-21 European Championships with Germany last summer, scoring a brace in the semi-finals against the Netherlands.

Wirtz has upped his game a notch this season and has produced a tally of ten goals and 14 assists from just 31 matches in all competitions. The teenage attacking midfielder’s progress has caught the eye of several elite clubs in all of Europe.

Barcelona are among the clubs keeping a close watch on his development, along with the likes of Chelsea, Real Madrid, Bayern Munich, Manchester City, Liverpool, Manchester United and Tottenham Hotspur.

The 18-year-old’s contract with Bayer Leverkusen runs until the summer of 2024 and while they are reluctant to let go of their prized asset, the Bundesliga club may well be open to a sale, provided their massive valuation of €150 million is met, reports Calciomercato.

Shelling out such a huge figure for Wirtz, at a point when Barcelona are going through financial problems and have other areas to strengthen, looks an extremely unlikely prospect.

Chelsea, too, are unlikely to make a move as they deal with the turmoil from the UK Government’s sanctions on owner Roman Abramovich, while Real Madrid and Manchester City are focused on their pursuit of Kylian Mbappe and Erling Haaland, respectively.

So, there is a good chance that Wirtz ends up staying at the BayArena for another season and clubs could decide to swoop in for him in 2023, when he will be entering the final year of his contract and could be available for a cheaper price than the €150 million being demanded now.