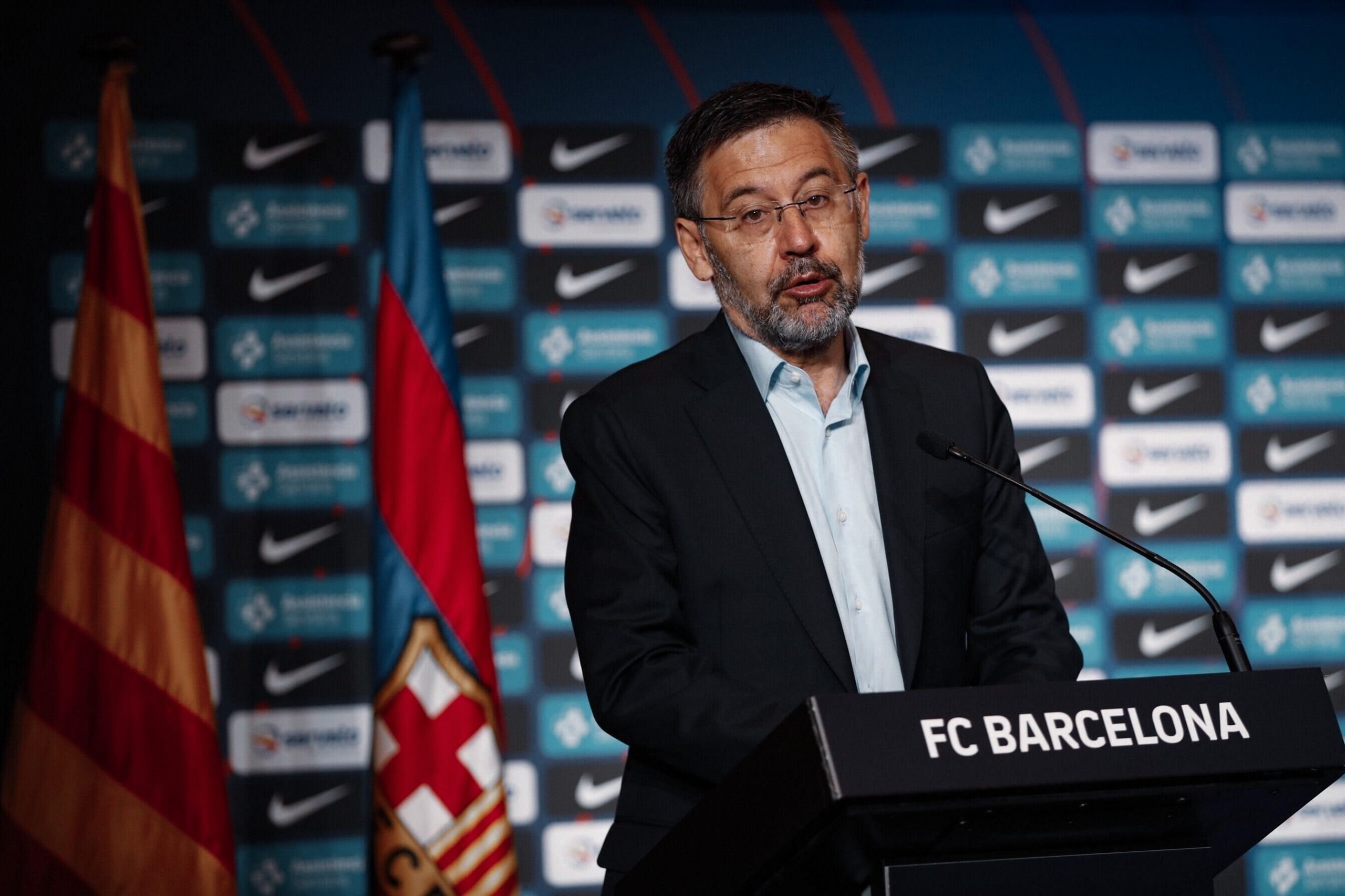 On Tuesday evening, now former Barcelona president Josep Maria Bartomeu announced the decision from him and his board to step down, bringing optimism to the unhappy fans who longed for a new project, but also provoking some uncertainty for both the short and long-term future of the club.

The general belief among supporters is that any situation will be better than the one Bartomeu has led since succeeding predecessor Sandro Rosell in January 2014, following Rosell’s resignation after an investigation for Neymar’s signing a year earlier, and being re-elected in the summer of 2015. Bartomeu’s board faced a vote of no confidence that was going to take place this weekend, but they sought to find an excuse to avoid holding the referendum, arguing that COVID–19 made it irresponsible to allow voting now. But the Catalan government claimed that the vote could still be held, which caused Bartomeu and his entire board to resign in order to prevent the motion from happening and the club members from forcing them out.

So, what now for Barça? With the board that had been in charge of Barcelona since 2010 – when Sandro Rosell was first elected – now finally leaving, what are the next steps for the club? Many possibilities open up.

Who is ruling the club now?

Article 35.4 of FC Barcelona’s statues states that, once a board resigns, an “interim management committee” replaces it temporarily. Economic Strategy president Carlos Tusquets will lead the Management Committee, which must include at least seven more members. After a meeting with Members Trustee Joan Manuel Trayter, the seven members of the Managing Committee were appointed from the Economic and Disciplinary Committees.

69-year-old Carles Tusquets, Barcelona’s new caretaker president, is a renowned businessman and economist. In 1978, he was named treasurer of FC Barcelona, which by that time had Josep Lluís Núñez as president, and, aged 27, Tusquets thus became the youngest directive ever at the club. Tusquets is also the president of Spanish private bank Banco Mediolanum.

Two years ago, as the president of the Economic Strategy, Tusquets already expressed his concern with the path Barça had taken in dealing with its finances. In 2018’s General Assembly, analysing the closing of the 2017/18 financial year, he warned that the debt would only continue to increase and that some sales would be needed to guarantee stability. Barcelona had already sold Neymar Júnior to PSG for 222 million euros, but the big-money signings completed were only going to inflate the debt.

What is the temporary board’s job?

The main task of the new board is to choose a date for the presidential elections and prepare the club for them. The elections must take place in a minimum of 40 days and a maximum of 90 days. This means that Barça will have a new president before the end of January 2021. That said, it remains to be seen whether the elections will be in January, or in December to allow the new board to be in charge of the winter transfer window. In his first press conference on Thursday morning, Tusquets expressed: “We will not accept any pressure to hold elections. We will do them as soon as possible, but seeking maximum participation”.

The objective, still, must be that a new president can be elected as early as possible to guarantee that he and the new board make all the decisions required for Barcelona’s future. Apart from choosing the elections’ date, the temporary board must also confirm the census of members eligible to vote, select an independent election committee to oversee the voting, present the elections candidates, and scrutinise and count the votes before the declaration of the new president.

Pre-candidate Víctor Font wrote on Wednesday on Twitter: “Exceptional moments, exceptional measures. The pandemic will force us to implement measures that the statuses do not contemplate – such as decentralised voting and / or in two days. E-voting is the best tool to guarantee maximum security and maximise participation”. Nonetheless, the board would need to ask for permission to the government to amend the club’s statutes.

With that considered, Carles Tusquets’ board will have several more emergency matters to solve. Article 35.4 details that they must exercise “the functions of governance, administration and representation that correspond to the board, but limited to those acts that are necessary and indispensable for the maintenance of the normal activities of the club and the protection of their interests”. The question is: which are these necessary and indispensable acts? And who chooses what’s to the club’s interest?

One of their first clear tasks is to negotiate with all the club’s staff over pay cuts. On Tuesday, Bartomeu said: “We hope that in the coming days a salary adjustment can be agreed with the squad and employees, or if not there could be serious consequences for the club”. On Monday, Barça announced an expenditure budget of 796 million euros and a revenue budget of 828 million. The immediate mission will be to reduce the costs of 955 million from the previous year to the 796 million budgeted. This means that 159 million euros must be reduced, though Què t’hi Jugues from SER Catalunya even leaked that this figure could rise to 190 million.

Therefore, apart from arranging the elections, the temporary board must also cut money from the budet to balance the books. This means that they will have to renegotatiate salaries with the club’s employees and agree salary cuts with the professional athletes. Bartomeu had only left this half done. For Carles Tusquets, it will be vital the collaboration of the club executives, with the club’s CEO being Òscar Grau. Grau will help facilitate the negotiations to lower the costs.

Another extra task for Tusquets that some pre-candidates are emphasising on is the delivery of the documentation that the local police requires for the ongoing investigations against Bartomeu and his board. Any evidence of criminal wrongdoings that could facilitate the independent forensic investigation of the club’s accounts should be handed to the authorities.

Will Bartomeu have to pay for the club’s debt?

Barça’s gross debt is of 820 million euros, a rise from the 740 million before the pandemic. Though the majority of it is short-term-based and related to the everyday costs of the club and the payment of salaries, the debt will not have to be paid by the outgoing board.

Instead, according to Barcelona’s statutes, such directives can be held responsible for the losses recorded during their terms of office, through the bank guarantee they signed up to when they first took office. Bartomeu’s board had been little transparent in sharing the behind-the-scenes struggles from the club, so there is great uncertainty and confusion. Still, judging by the last budgets presented, the accounts during Bartomeu’s reign still hold a surplus of 96 million euros.

Back in 2014, Rosell and Bartomeu denounced to court alleged losses of €47.6 million from Joan Laporta’s seven years in charge, between 2003 and 2010. In the end, though, Bartomeu had to give up on their appeal in 2017 after the long process through all the different levels of the Spanish court system. This time, Bartomeu may not have to assume any losses, even if there are claims of corruption, fraud and misuse of funds. Bartomeu denied these on Monday by saying that “all the insinuations about these guarantees are false, and motivated by political and electoral interests”.

Will the current caretaker body be able to make transfers?

Signings are always a very subjective topic, not to mention that they require months of scouting, analysis and negotiations. Going back to Article 35.4 of Barça’s statuses, we must remember that the committee that just replaced the outgoing board is “limited to those acts that are necessary and indispensable for the maintenance of the normal activities of the club and the protection of their interests”. Transfers, although they may seem necessary at times, are not emergency acts that generate full consensus, as each pre-candidate will have his own preferences.

So, in theory, this temporary board should not complete arrivals nor departures. Even so, there are two exceptional precedents from the committee of 2015, which was formed after Bartomeu’s resignation and before the elections in mid-July. First, the temporary board completed the sale of La Masía graduate Gerard Deulofeu to Everton for 6 million euros. Furthermore, they sealed the signature of Atlético de Madrid’s Arda Turan for 35 million euros. These were personal requests from first-team coach Luis Enrique and seemed to have the approval of Bartomeu, but they caused great dissatisfaction among the presidential candidates.

The candidates’ opinion had not been considered and the transfers completed before a president was elected. Such committee was even threatened with being denounced for overstepping their official duties. It is thus difficult to say something for sure regarding transfers, but the current board is likely to avoid getting into such troubles and would not be expected to complete any deals.

In any case, Tusquets has already confirmed that they will try to hold the elections as soon as possible, and these could even happen in December, before the transfer window opens. Notwithstanding, with little time left, the next president will have to act a bit on improvisation or agreements secured beforehand if they want to make any transactions in January.

So was it right from Bartomeu to resign once the summer transfer window had closed?

The main calls for Bartomeu to resign started after Barcelona’s humiliating 8–2 loss against Bayern Munich in the Champions League, on August 14. Given that between 40 and 90 days are needed for the elections to be held, most possibly the new president would not have been voted in until after the summer transfer window had closed on Monday 5 October.

Barça had many cases to solve during such window. The appointment of a new manager; the departures of veterans like Luis Suárez, Ivan Rakitić and Arturo Vidal; the exits of other players deemed surplus to requirements like Nélson Semedo, Jean-Clair Todibo or Rafinha Alcântara; the futures of various Barça B youngsters; the signings required to improve the squad; or, of course, the continuity of Lionel Messi. Messi requested to leave because of unhappiness with Bartomeu’s board, so his chances of renewing his contract – which expires in 2021 – increase with a new board. Yet his was a big unknown.

While the likes of Pedri, Francisco Trincão and Miralem Pjanić had been signed before the transfer window had opened, 19-year-old right-back Sergiño Dest was bought towards the end of the summer. Additionally, Manchester City’s Eric García and Olympique Lyonnais’ Memphis Depay were chased until deadline day. In principle, these are way too many hot topics to leave in hands of a caretaker body that could not take big and controversial decisions.

As it has often been said, the goal with the vote of no confidence was to avoid that Bartomeu could continue making decisions. In many cases, not having decisions made at all was better than Bartomeu making highly contentious decisions. But, despite many failed signings and sales, it would not be far-fetched to say that this was the best transfer window since the 2015 elections – the standards were not too high, though.

Looking at the bigger picture, Bartomeu resigning in October may have been better than not having made any transfers in the summer. But the wait has felt too long, and now culés can finally smile again towards what seems to be a much brighter future for the club.